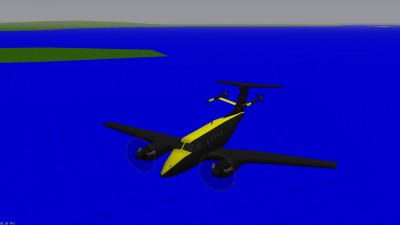 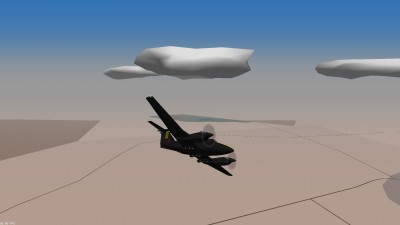 ) and repainted the rocket skins that NightRaven modified for the updated version of the first king air 200 mech support. i also added a "flame" to the flying rocket model. but the flame dosen't "glow" like an afterburner would. i added the capability to use AGMs on the same pylons that the bombs use. and i repainted the Hellfire Missile skins that are from TaskForce58's weapons pack and used them to make the AGMs better fit this aircraft.
this was a great learning project and one that was the inspiration for me to learn how to modify aircraft.

A really good job for your first mod man, keep up the good work!

i know that in is a bit early to be releasing an update for this aircraft. but with some help from NightRaven, i have added glowing rocket trails to the rocket and hellfire missile skins.

this update patch is for the people that have already downloaded this aircraft. just decompress the files and replace the old files with the new ones.
i will also update the file in the OP to include the changes as well.
Owner, Dragonic Machine Industries