Large packs consisting of more than one type of aircraft.
Post Reply
11 posts • Page 1 of 1

This project has been an interesting experience in reducing DNM filesize and working with detailed engine nozzles.

The F-20 was a development of the F-5E/F Tiger II by Northrop that was intended to be an export fighter aircraft for Allies of the United States. Designed to be a substitute for the F-16 in order to protect the advanced tactical fighter from being reversed engineered by Soviet Engineers, the F-20 was never bought. Changing export control laws allowed for the F-16 to be exported to US Allies around the globe. Despite having many advantages over the F-16 and costing less, the F-20 project was scrapped after 3 test aircraft were built and two crashed in demonstration flights.

But what would it be like if the F-20 was developed and produced? The F-20C, F-20D and F-20C ADV aircraft represent what the F-20 may have been developed into.

Feel free to repaint the blank models and create derivative models from the parts included. You must credit me if you do. 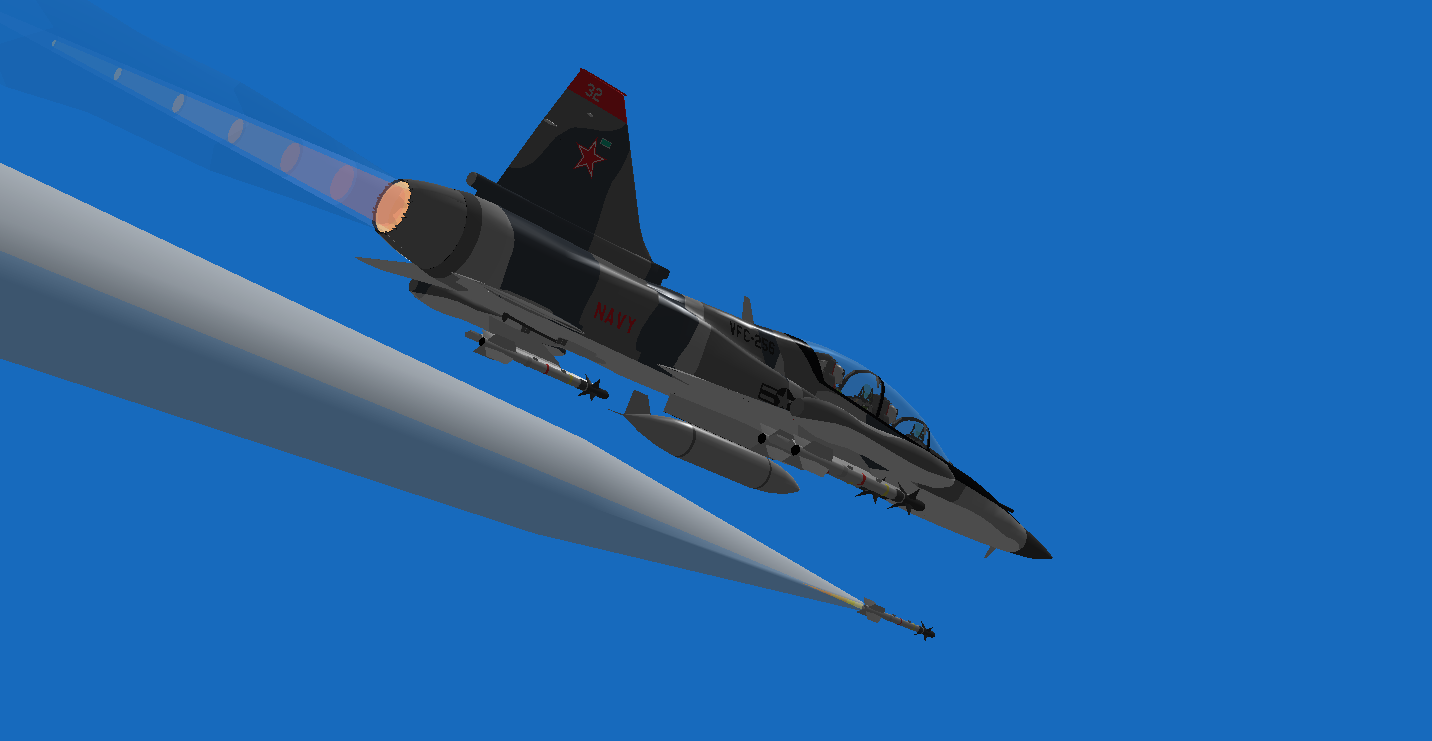 EDIT: Version 1.1 with DAT Fixes now available from my website!
Download From My Website!
Check out my website YSDecaff for all my tutorials and addon releases.
Visit by Bitbucket page for Python codes: https://bitbucket.org/decaff42/

Copperhead: "I could care less about politics anyways"

Sentinel182 wrote: at the moment im this many years
*middle finger*

the amazing Tigershark now released!
will be made fictional paint for RMAF because Malaysia and Saudi Arabia also having interest on it once upon a time ago..

This PACK is too big.
Please, add download link with only one "blank" model of this awesome aircraft!
/!\ READ YSFLIGHT HANDBOOK (online + PDF) | updated 2019/04/25

Looks like Decaff has spoiled us once again with one of his wonderous creations! Rejoice, mein Kamerad! For the Lord of the Tigershark has graced upon us with his single-engined presence!

Thanks again, Decaff. I'm sure this one will be a long time favourite among some of our members.

decaff, i've noticed a problem with the F-20D. on some maps the F-20D wants to spawn up-side down when a ground start point is selected. i'm not sure if it is an issue with the model or the .dat file. here is a saved flight file of the F-20D_Clean at Crescent Island.

it appears that every D model is affected, even the one in the blank folder that i'm using in my project.
Owner, Dragonic Machine Industries

Hey thanks for bringing this to my attention! I appears that the map being used is very important for getting this error as I had been doing TONS of ground take-offs on the Air Strike Challenge map with not errors what-so-ever. I went in and looked at the .yfs file you sent and there was definitely the inverted orientation and pitch instability recorded. From Time = 0 the aircraft was flipped up on its back.

To fix this I Immediately looked at landing gear in the DAT File. In all off-line situations when the aircraft is not doing what you expected from an overall motion point-of-view (not animations) then you want to look at the DAT file. I compared my landing gear to that of a stock aircraft and I noticed that my left and right landing gear were in the same location. the stock aircraft had a negative sign in front of the left landing gear y position (first number) and putting this in seems to have fixed the issue on Crescent Island.

I will fix this DAT issue and upload version 1.1 later today when I have the time.

this is great news decaff. this means i won't have to redo all of the work i did on my project. i'll fix the problem on my end too.