Large packs consisting of more than one type of aircraft.
Post Reply
11 posts • Page 1 of 1

The Boeing 767 is now available to fly in High Detail! 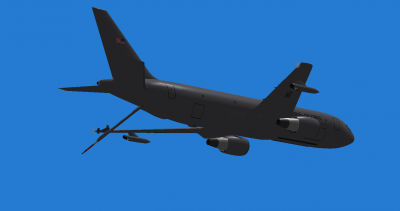 Credits to OWL for the original DAT file which was modified.
Check out my website YSDecaff for all my tutorials and addon releases.
Visit by Bitbucket page for Python codes: https://bitbucket.org/decaff42/

Those are amazing. One or two of them (especially the American Airlines paint) took a few seconds to load. haha

They're on my server now.

Zach wrote:im just going to go take this and go to my corner

Good work! My aircrafts are getting jealous with your works!!!

I'm not smart than the other, so I don't show off that I'm smart. I rather to be dumb than to be a smartass.
I'm not smart enough to beat the others, but I can work hard to fill it (Richard Vo)

Didn't have LOT or NZ paint there but found some other best paints like JAL.
maybe ksh now can add NZ paint for 767 (after 787)
Anyway,good on the refueling probe there for KC-767 and -46.
My official website
My Twitter
see my previous release and WIP gallery here
NOTE:All my rework model are allowed for repaint and need to credit on publish..no need to PM me anymore
[align=center]for modifications on my mods,please PM me first,and credit me and original creator(if my work were rework)[/align]
Top

VERSION 1.1 Now Live!!!
Fixes the Aileron and Landing Gear bugs. See first post for link to my website for updated files.
Check out my website YSDecaff for all my tutorials and addon releases.
Visit by Bitbucket page for Python codes: https://bitbucket.org/decaff42/