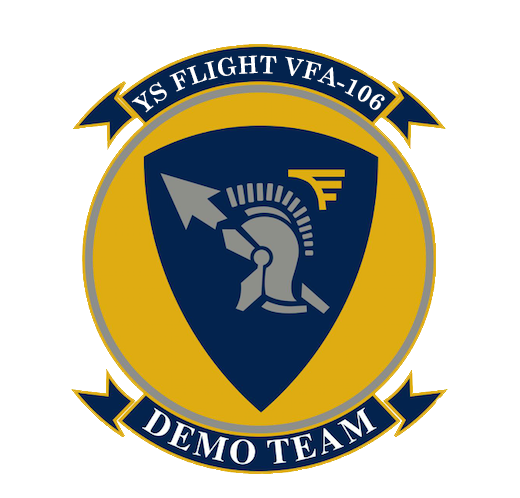 On behalf of the YS Tac Demo Team,welcome! The YS Flight Navy Tac Demo Team, VFA-106, will showcase to the YS community, the capabilities of the United States Navy tactical front line fighters, the Boeing F/A-18C Hornet and the Boeing F/A-18F Super Hornet.
The YS Navy Tac Demo will offer limited flying positions to those interested. To qualify for a flying position, applicants must first pass a knowledge portion of the demonstration as well as the F/A-18 aircraft. Next, applicants must pass a flying exam to qualify for airshow performances. Finally, applicants will complete a formation flying phase to prepare for formations as well as Tail-hook Legacy Flights.