by dbd000
Hey everyone. I've been looking through and have noticed that we have no South American maps. So I came up with a little challenge.

Pick one or more cities in South America and make a map of it. A couple of cities that I would like to see are:
Rio De Janeiro
Buenos Aires
Santiago
Sao Paulo
Montevideo
Caracas
But there are many more to choose from.

I hope that you are looking to do it but...
Are You Up For The Challenge?

by plunderbird
Not going to take up the challenge. But an idea, for anyone doing Sao Paulo. Try to include the motor racing track.

by Av8Tor
That is an interesting point! Thank you for bringing that up! I would like to see some South American maps... It might be possible for someone to do a condensed map that spans from Florida, the Caribbean, and some of South America's northern coast.

by ksh
im from buenos aires myself, so u can imagen that i loove this idea! I dont know how to make a map but when this map is done i will make a pack with southamerican airlines!

by ksh
you can also add a few small airports in argentina that i know of....one is "Bahia Blanca" airport and the other is "Rosario" airport...these two would be awesome for short flights! Please bear in mind that if you do buenos aires, the international airport is "Ezeiza" here is a diagram of the runways! 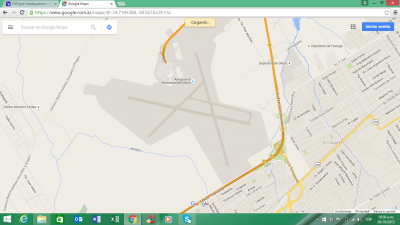