This is a new version of Hawaii[PMNV]. Start positions have been updated. Some were removed, some were moved, and new ones were added. Some small, private air fields have been added. Ford Island and Honolulu International Airport were improved. Sand Island has had its port area improved and now includes a fictional race circuit based on the actual street layout of the island.
There are now four versions:
1. Hawaii 2014, which is the updated version of my original Hawaii map.
2. Hawaii Evening, which is a version that is made to simulate the time just before dark while still running in day mode.
3. Hawaii Extended, which is an extension of the Hawaii map with Johnston Atoll added to the far south and the Hawaiian islands extended all the way to Kure Atoll, which is 1,300 miles west of Honolulu.
4. Hawaii Ext Evening, which is the evening version of Hawaii Extended.

[instmod]1. Download the compressed file from my site. It is at the very bottom of the page.
2. Unzip the .zip folder.
3. Move the scenery and user folders into your main YSF folder.[/instmod]
Last edited by Neocon on Sat Oct 04, 2014 8:38 pm, edited 2 times in total.

Awesome work man, i will definitely be putting this on the server.

As of this morning the major update to Hawaii 2014 has been released. See the first post for details. Basically, it now covers the entire Hawaiian island chain*, and a little bit more.

*The Gardner Pinnacles are absent, but are basically two rocks sticking out of the water.

I just updated Hawaii 2014. It includes some upgrades to PHNL, including taxi center lines and signs directing pilots to take off from runway 8L/26R and land on 8R/26L

The final update to Hawaii 2014 is available now! Same download link. It includes many more terminal/parking start positions at major airports and a new terminal at Hilo, seen below. 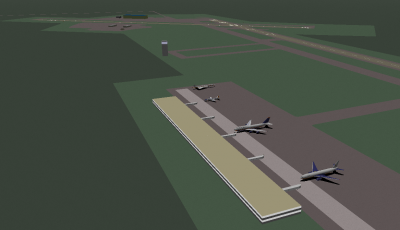 I'll run this on the server from today. Nice one man.
CVW-171st - VFA-165, The Highest Pilot in YSFlight.
Formerly known as Killerdeck/KD
.
Top

I just uploaded an update to Hawaii[PMNV]-2014. Simply download it from my map page (or Map Pack 4) and overwrite the old version.
Change log:
- Taxiway center lines for most of the major airports in Hawaii.
- Improved taxiways at the Marine Corps base.
- Stair ground objects at the northwest terminal building.
- The destroyer at Ford Island no longer takes off across land.

Just flew this route,Only off by 1deg+/- Not to shabby Pat ol'boy 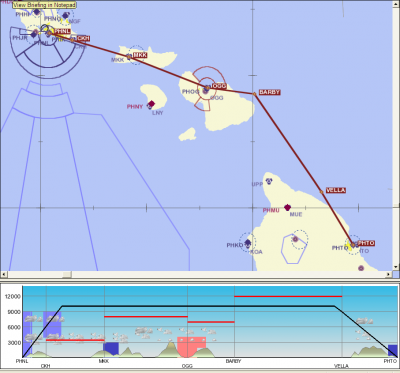 Gunny, What software is that?
Check out my website YSDecaff for all my tutorials and addon releases.
Visit by Bitbucket page for Python codes: https://bitbucket.org/decaff42/

Flightprep Golden Eagle.Real world flight planner and DUATS(FAA) access>Basic program is free software.The DUATS requires a registration but that is free as well.Where they make there money is the subscrition fees.But decaff its a windows program.

NOOOOOOO!
Check out my website YSDecaff for all my tutorials and addon releases.
Visit by Bitbucket page for Python codes: https://bitbucket.org/decaff42/