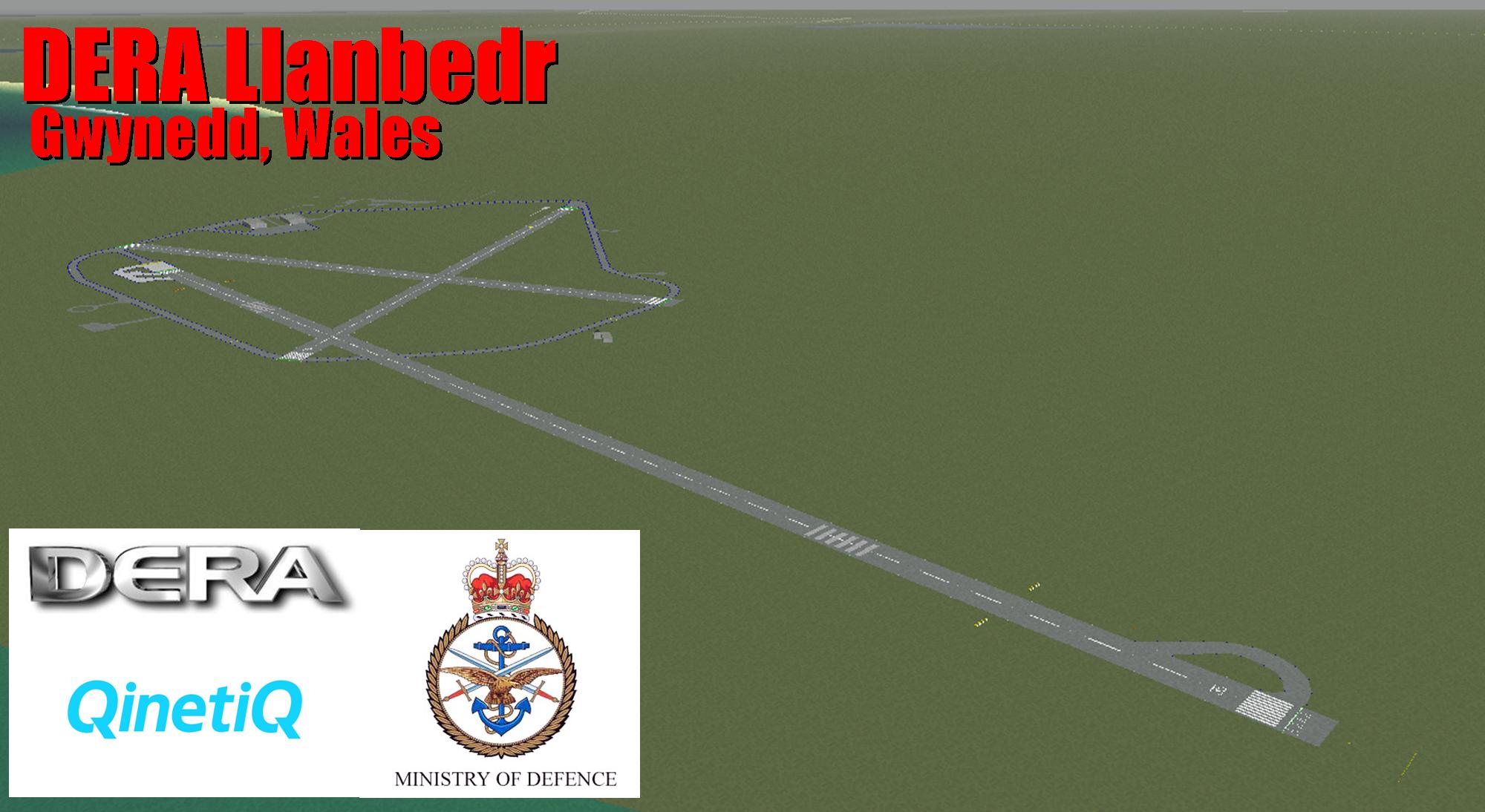 Llanbedr Airfield (ICAO: EGOD), formerly RAF Llanbedr, is a former military facility located in the Snowdonia National Park near the village of Llanbedr, Gwynedd, northwest Wales. It opened in 1941 as part of RAF Fighter Commands 12 Group. During its life, the base has been known as: RAF Llanbedr until 1957 RAE Llanbedr until 1992 T&EE Llanbedr (Test & Evaluation Establishment) until 1995. DTEO Llanbedr (Defence Test & Evaluation Organisation) until 1997 DERA Llanbedr until 2001, when most of DERA became QinetiQ. Despite the current airfield being closed, I have Restored Llanbedr to a point in time when DERA/QinetiQ was running the airfield. Note1: In order to see some of the ground objects, you may need to have ground objects from MH3W and Tf58 Installed. Note2: I Have made an air show ready version of this map although I have decided to only release it if and when I am contacted by any of the major air show organisers, in cooperation with them. Sources;Myself;Welsh Millitary Airfields t