Never knew that the F-15's camo can be so difficult to make. After a week of procrastination I've finally finished the Langley AFB 94th Aggressor F-15C. 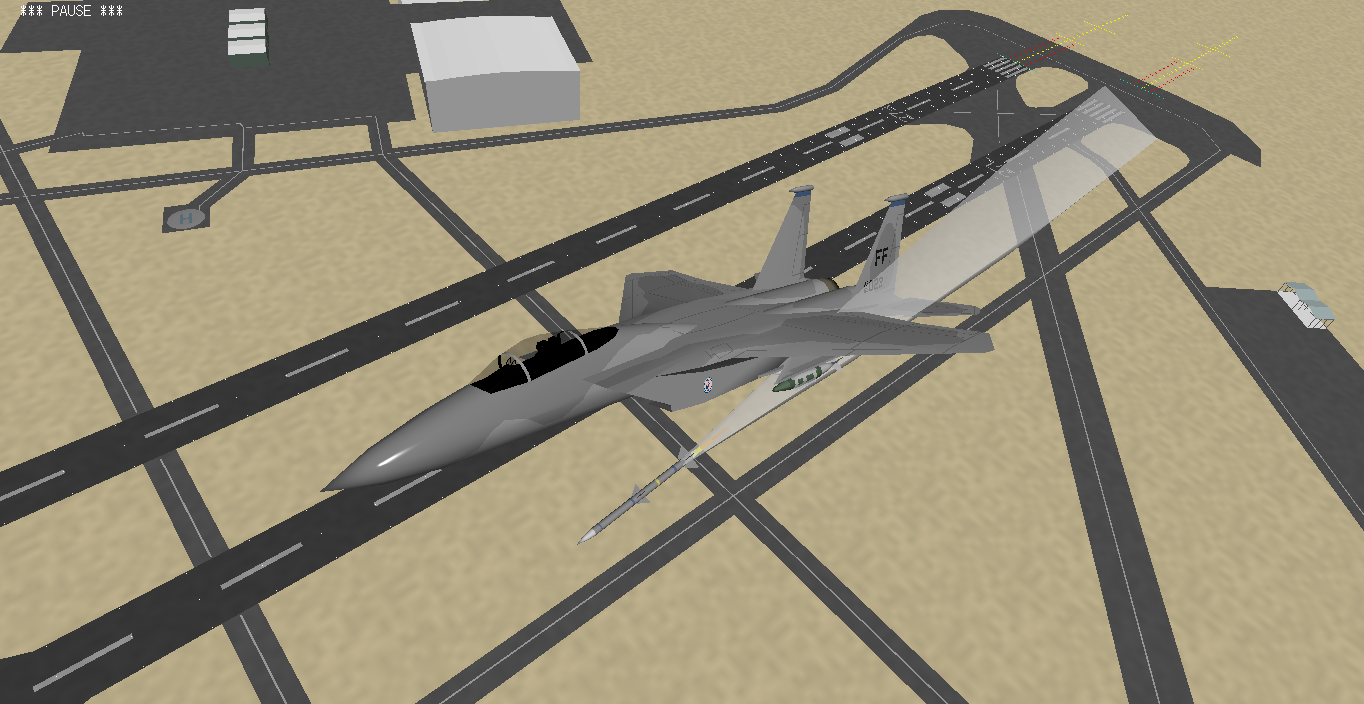 I would probably copy and paste the camo scheme to the rest of the models.
Also, I'm doing up some MiG-29s in the Swifts scheme, but this time its their old colours, used prior to 2003. Originally intended to be a custom paint job for iqmal as a token of appreciation for his VFA-49 promo, I decided to expand it to include the whole range. 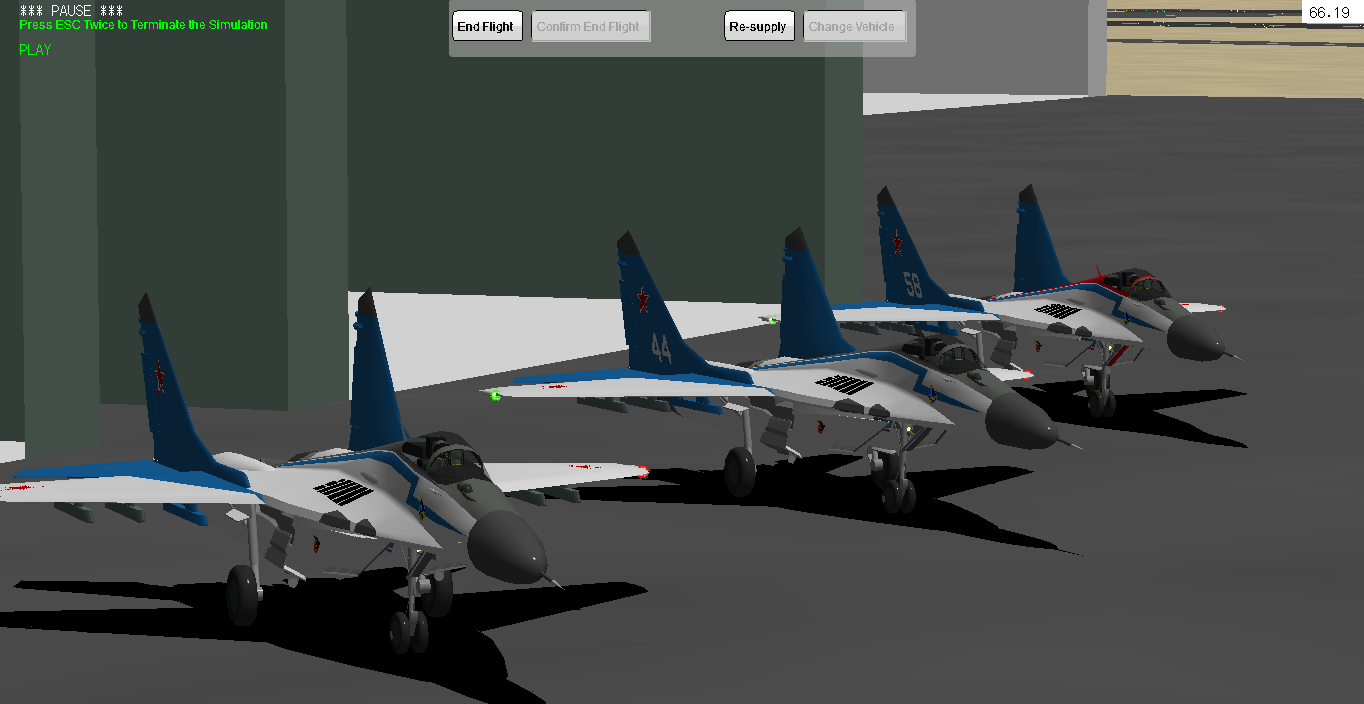 Lots of things going on since the last post, so hadn't done much modding. I have, however, done up the Nellis AFB 422nd Test Squadron F-15D and the F-15E blank with LANTIRN. 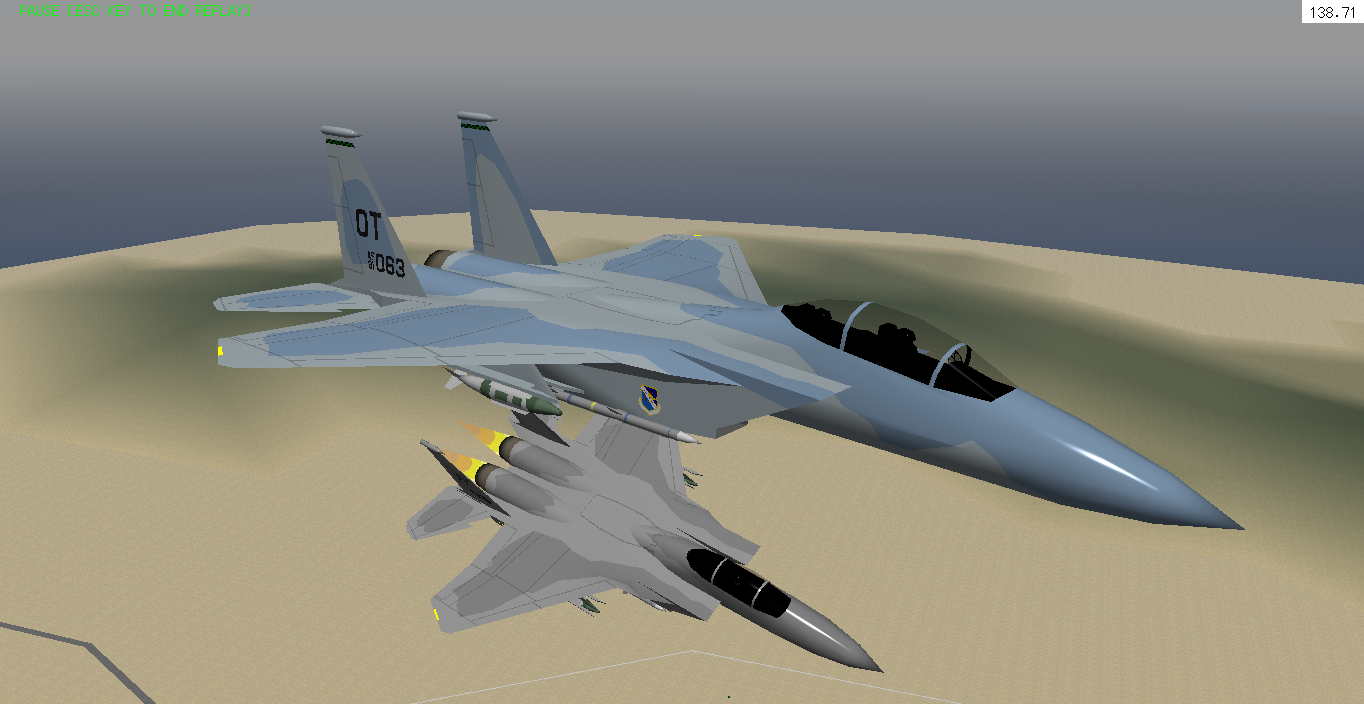 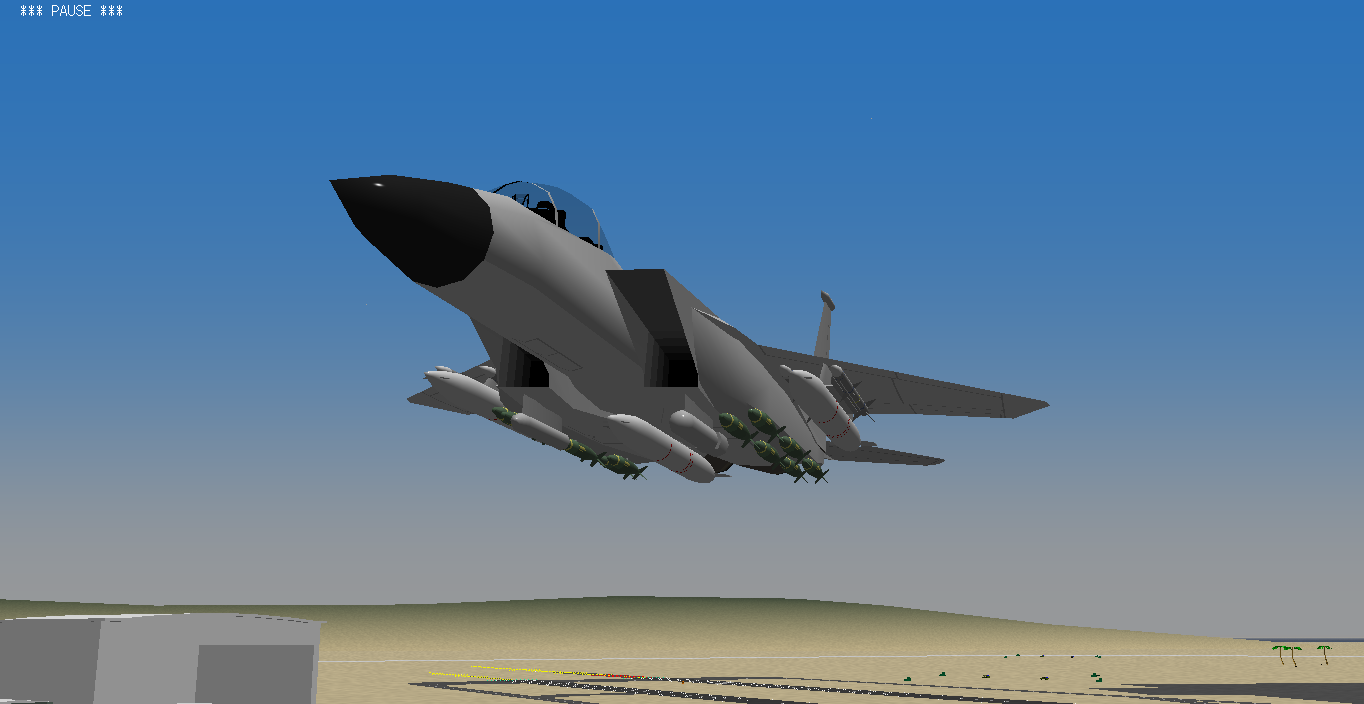 I have also been working on a personal MiG 1.44 with the 49th scheme. 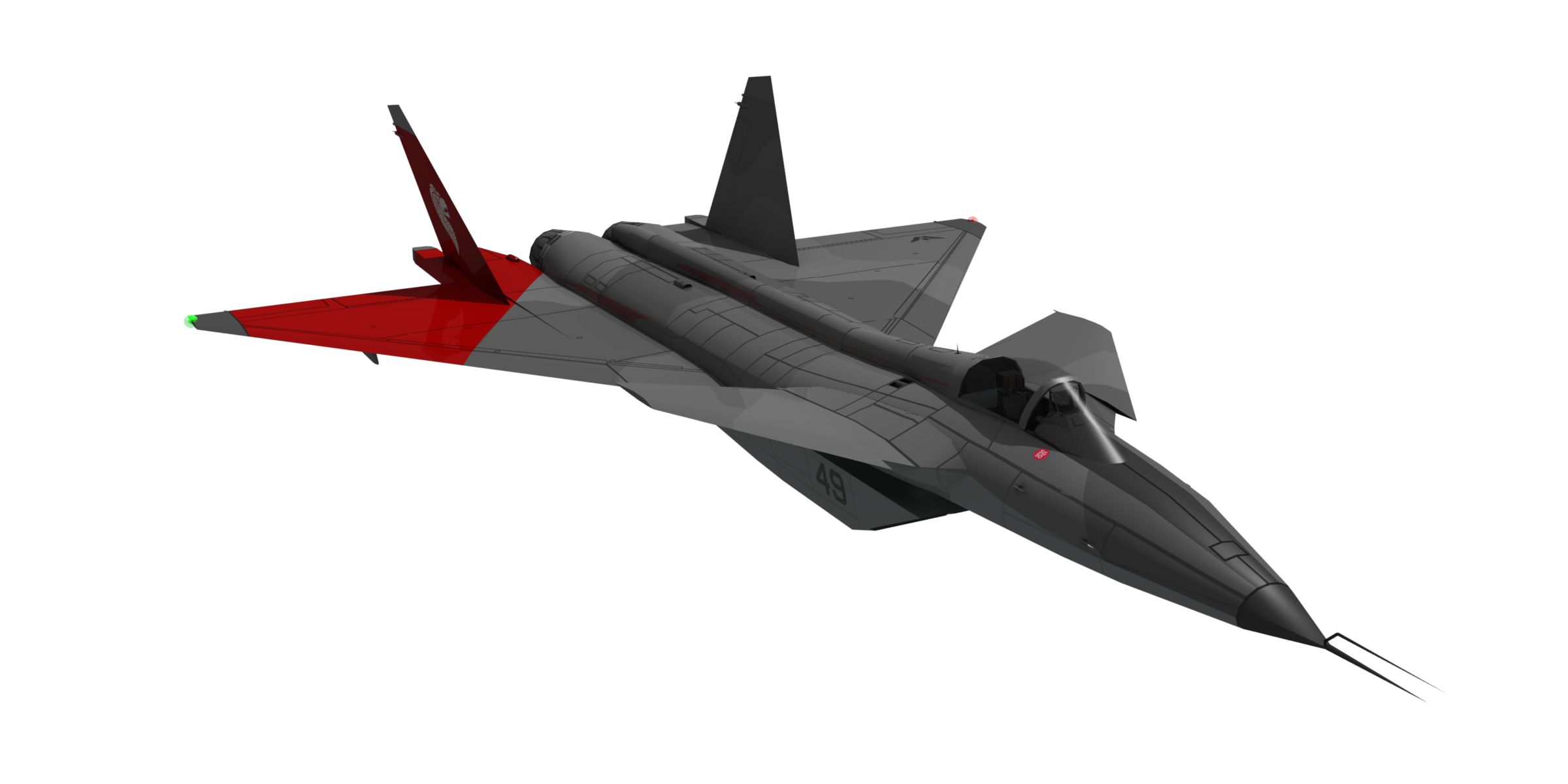 + Yafaray render (I have been testing out external renderers of late) 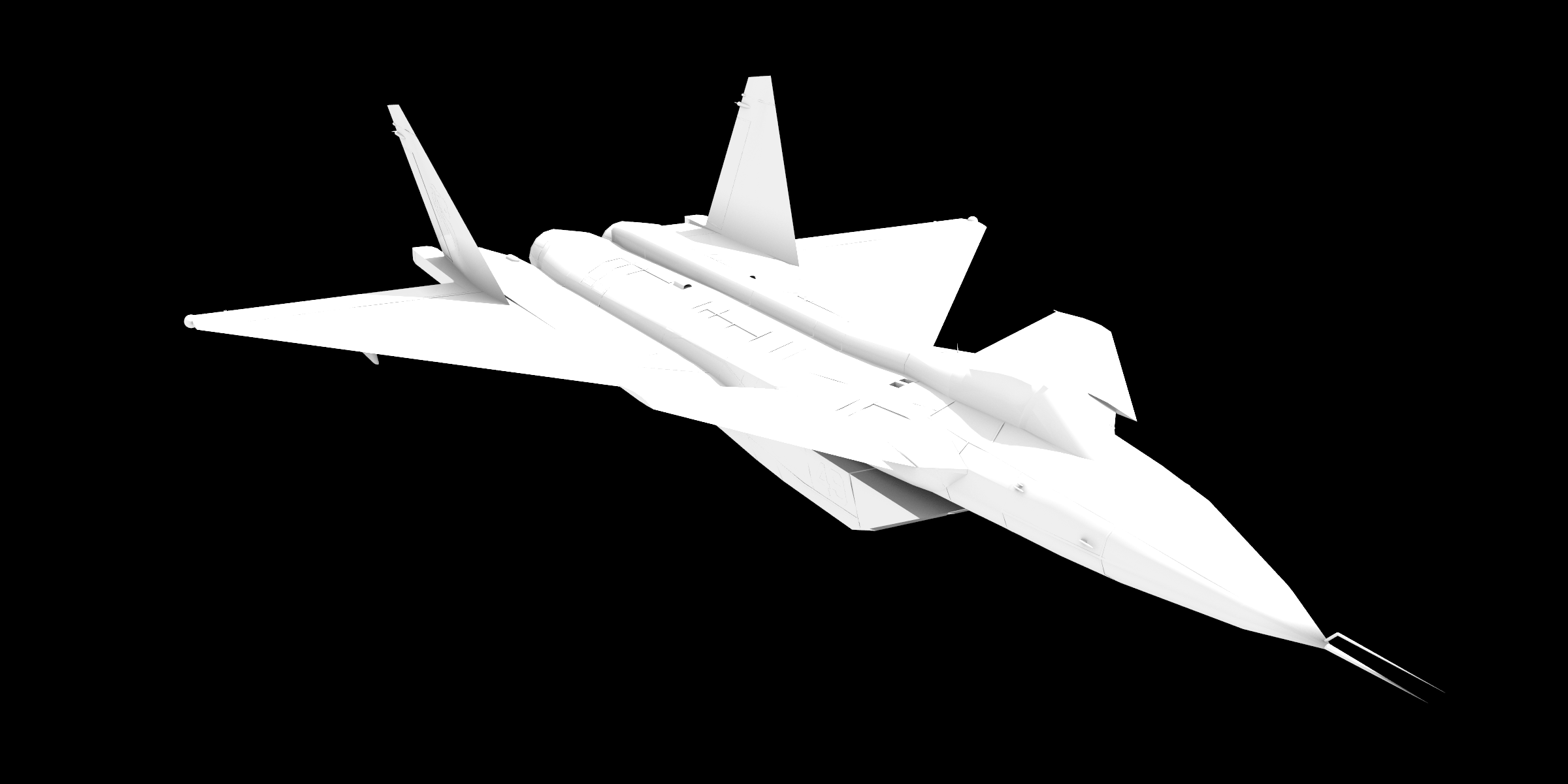 that's some good stuff NightRaven. can't wait for you to finsh these.
Owner, Dragonic Machine Industries

I can't see how I'm going to keep modding up. Tests, homework, social life (if I had one) eat at my time, and as a result I can only mod minimally on weekends. I have not done anything much over the past month, and with things ramping up again soon, I don't think there will be time for me to mod until the end of the year.
anyway
I've done a little bit of work... 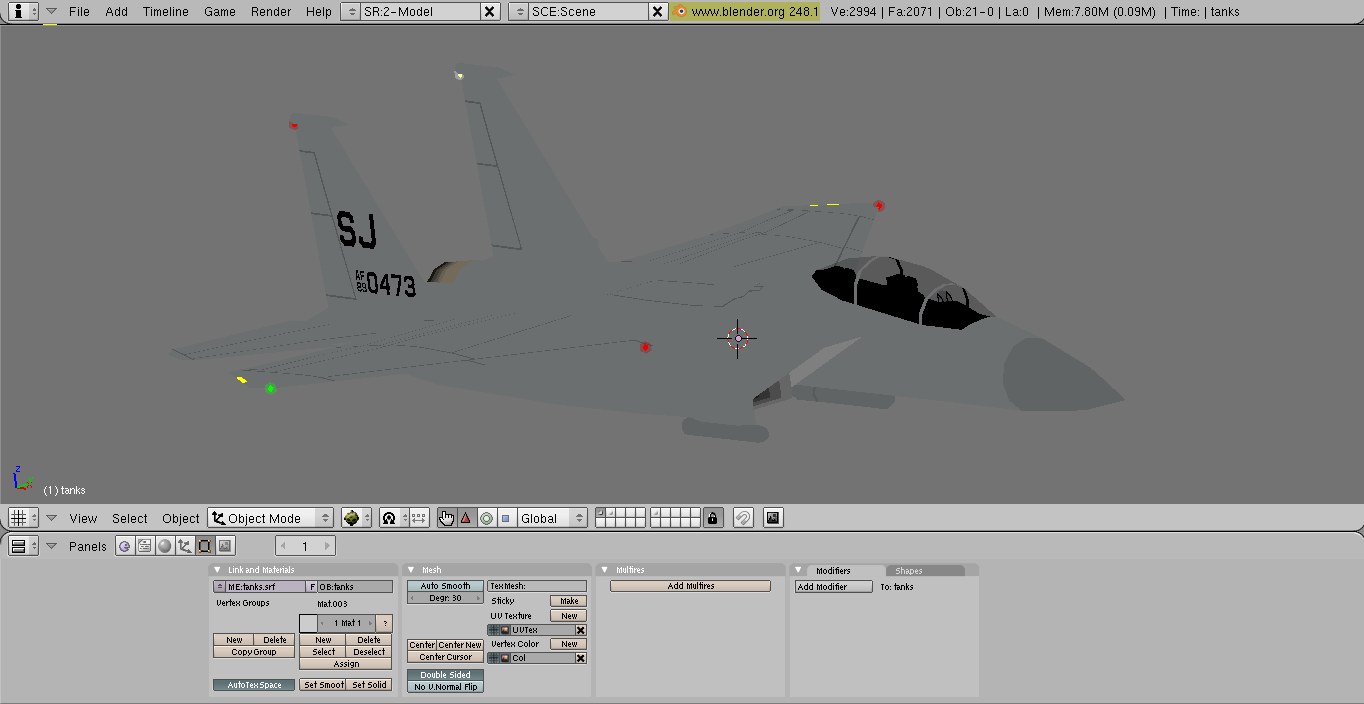 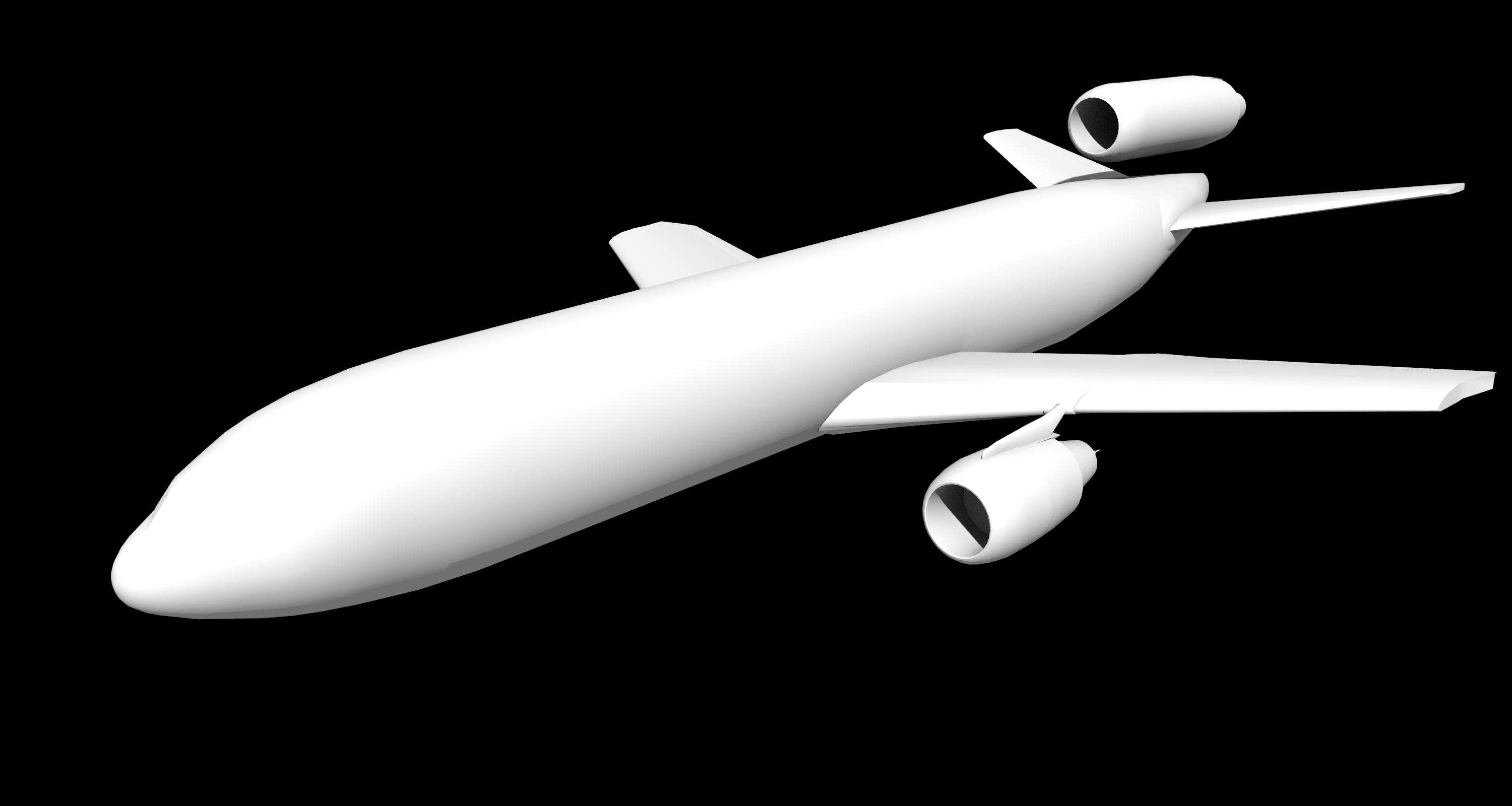 Some more work on the DC-10. New horizontal stab fairings, better engines and better wing profile. I do need help with the centerline fairing though

Keep up the awesome work! We will patiently wait for these beautiful airplanes, although we may get dehydrated from drooling too much

No explanations needed NightRaven.We are all held hostage by the real world my friend.But thanks for the headsup.Just do what you can when you can because forcing time to mod has a tendancy to stop making it fun and more like a pain in the butt trying to find the time. 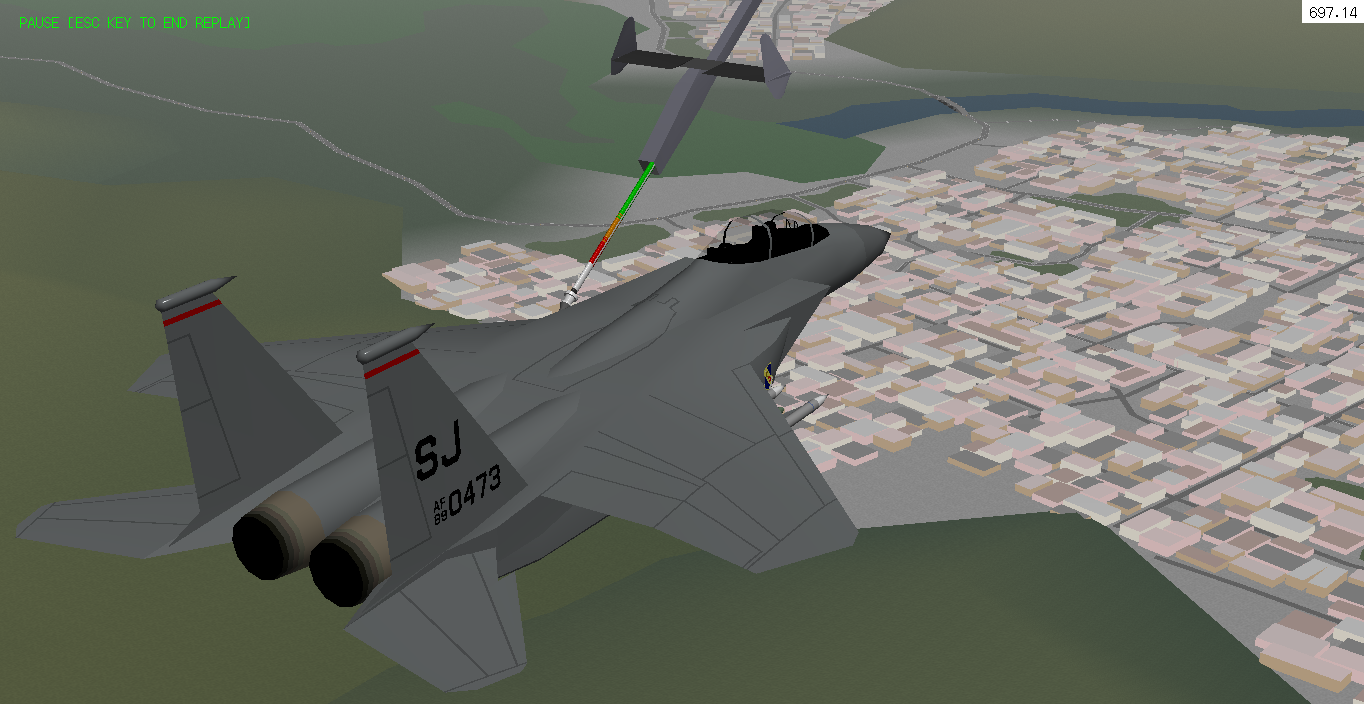 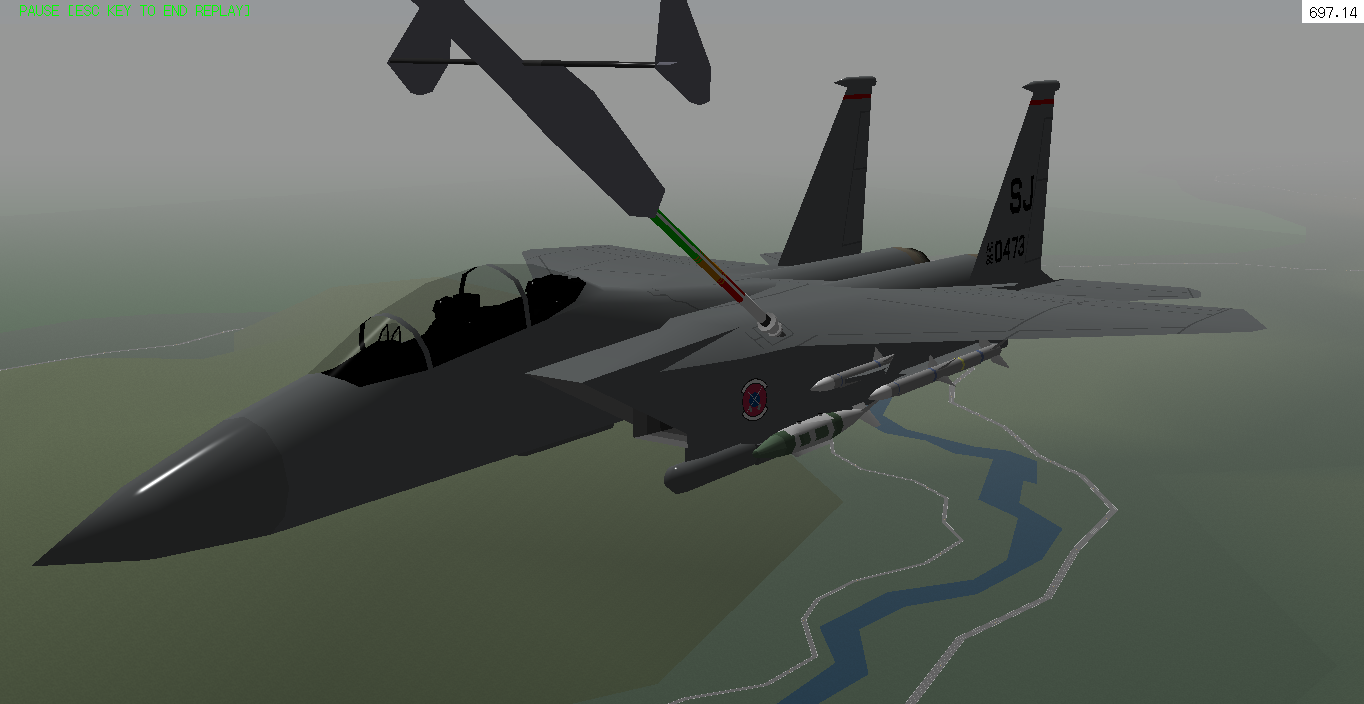 All of the F-15s have been done up to a similar standard: RL registrations and squadron insignia.
I'm tempted to just release the American F-15s once I have finished up the cockpit for the E model, though I really do want to do up the export variants...

The DC-10 has also been chugging along fairly nicely. The base model I have been doing is a 10-10 with minimal modifications: late CF6-6s, no additional fairings and no edited bulk cargo doors. 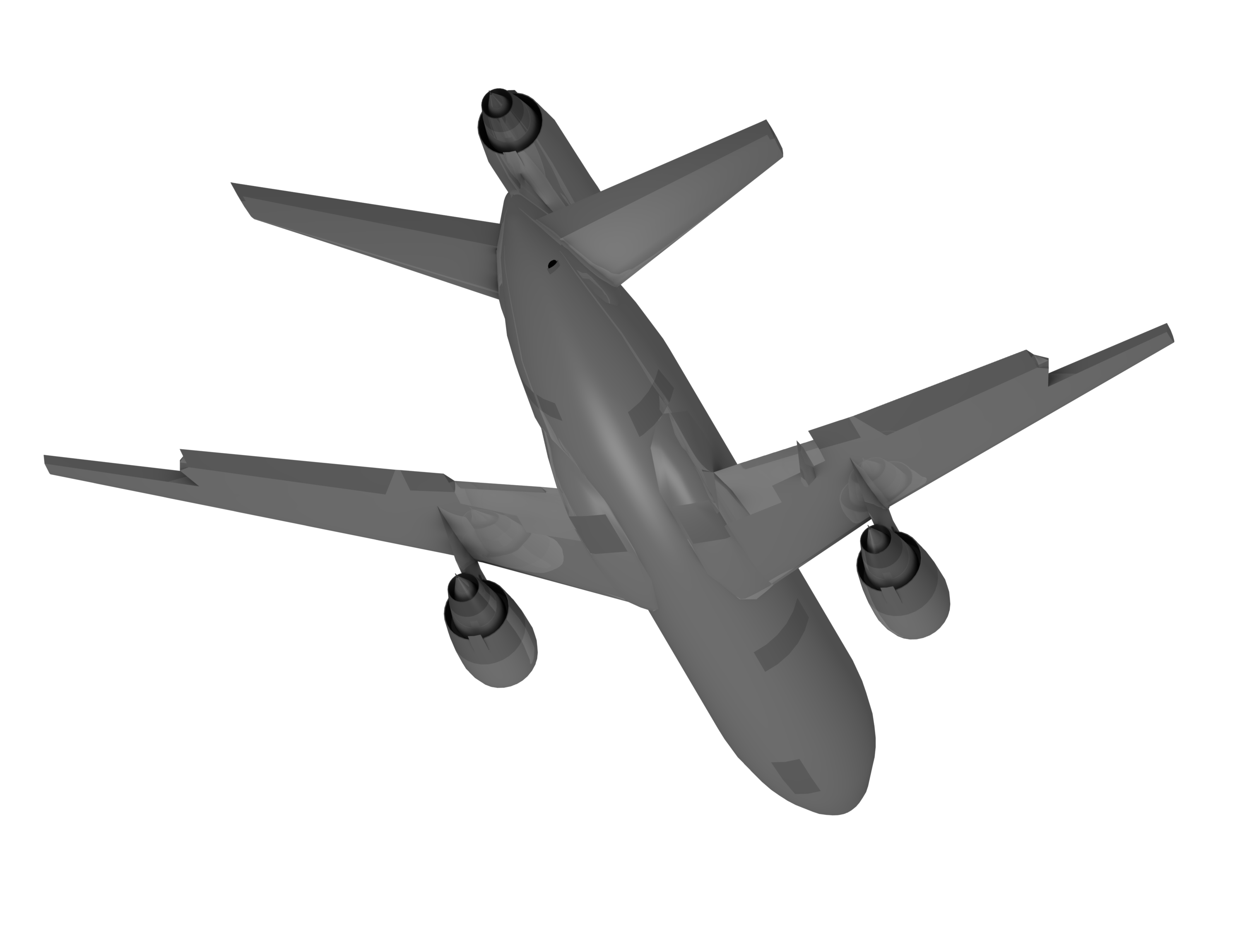 Moving parts have been painted in a darker shade. This one's a heck of a lot more detailed than my previous one: I've worked on the wings, flaps, spoilers, slats, APU exhaust, bulk cargo doors, plus a much more accurate main body fairing. Both the fairing and APU exhaust have been a pain to work on, but I suppose the effort was worth it.

It's a good reason to get excited, but maybe not so early

So when can we Seymour screenshots?

Copperhead wrote:So when can we Seymour screenshots?

That's looking like a very pretty KC-10! I will make sure to do a formation of all the US tankers as soon as it's released

F-15E cockpits finally finished and sent to Alpha for packaging. 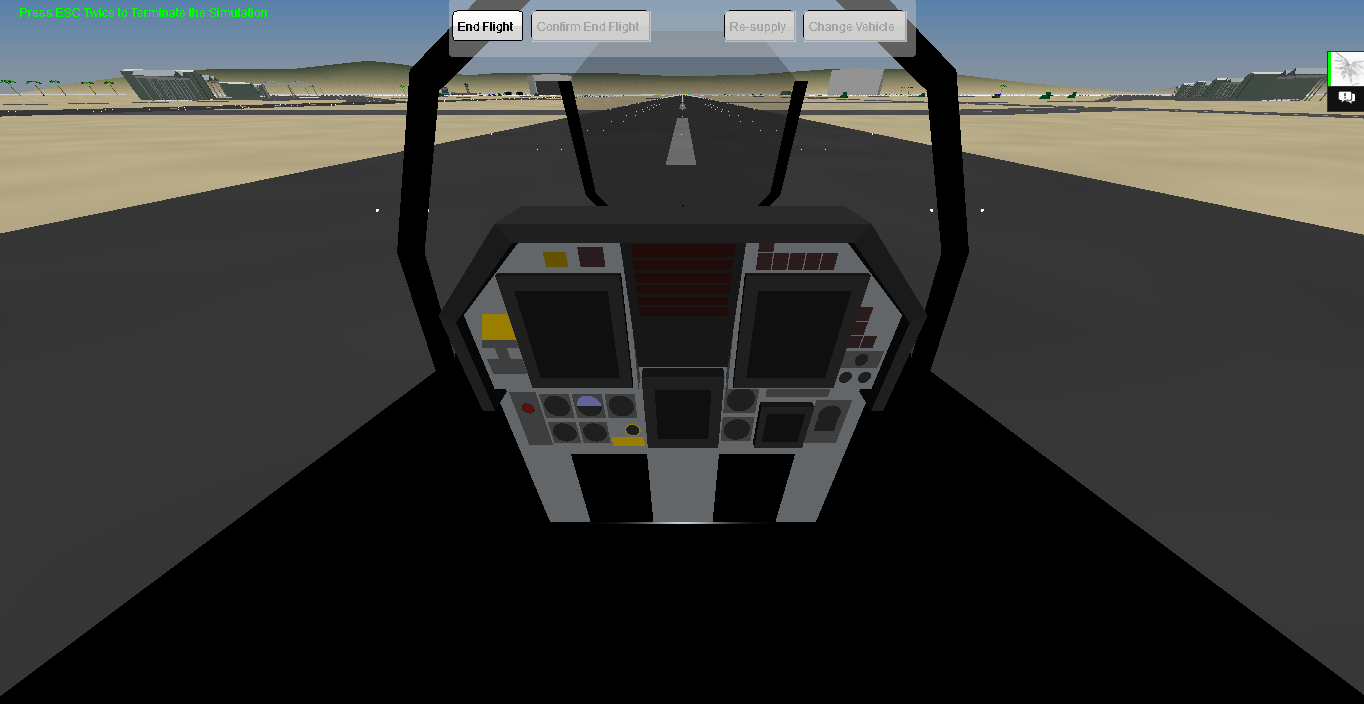 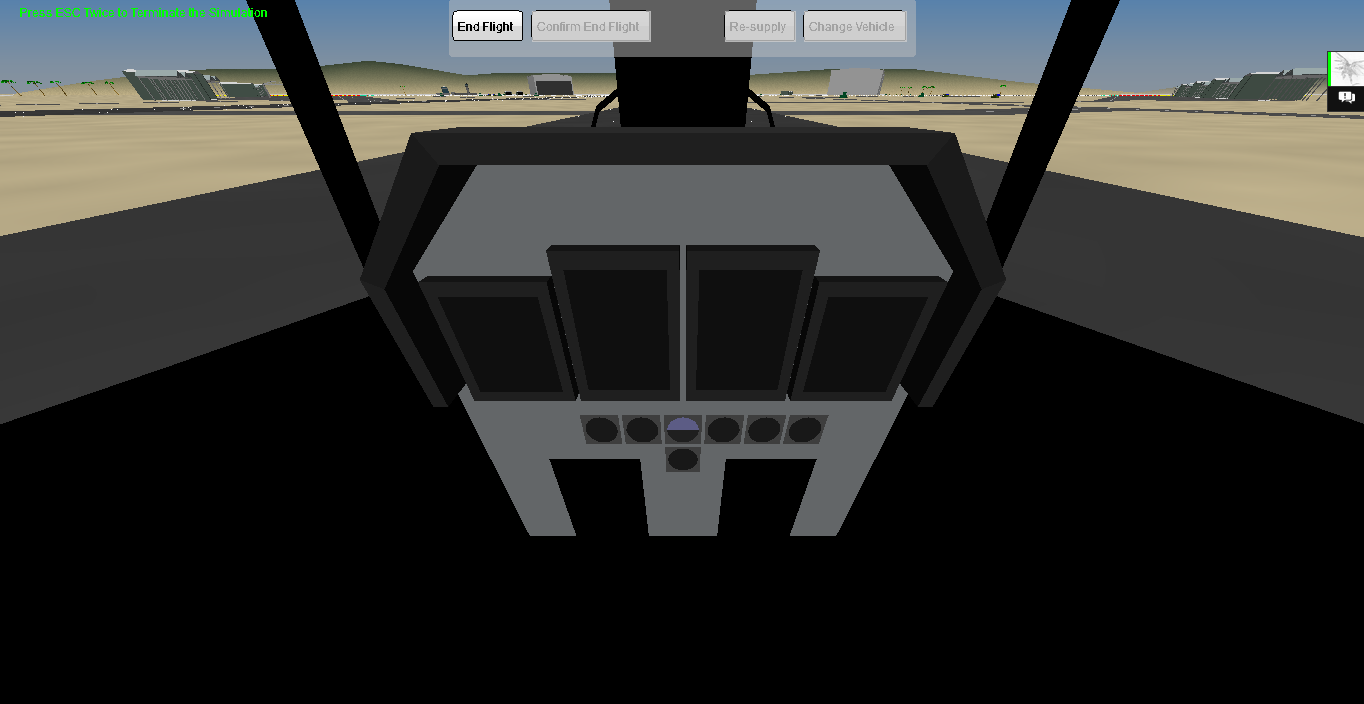 DC-10 also has a new vertical stabiliser and inboard flaps. 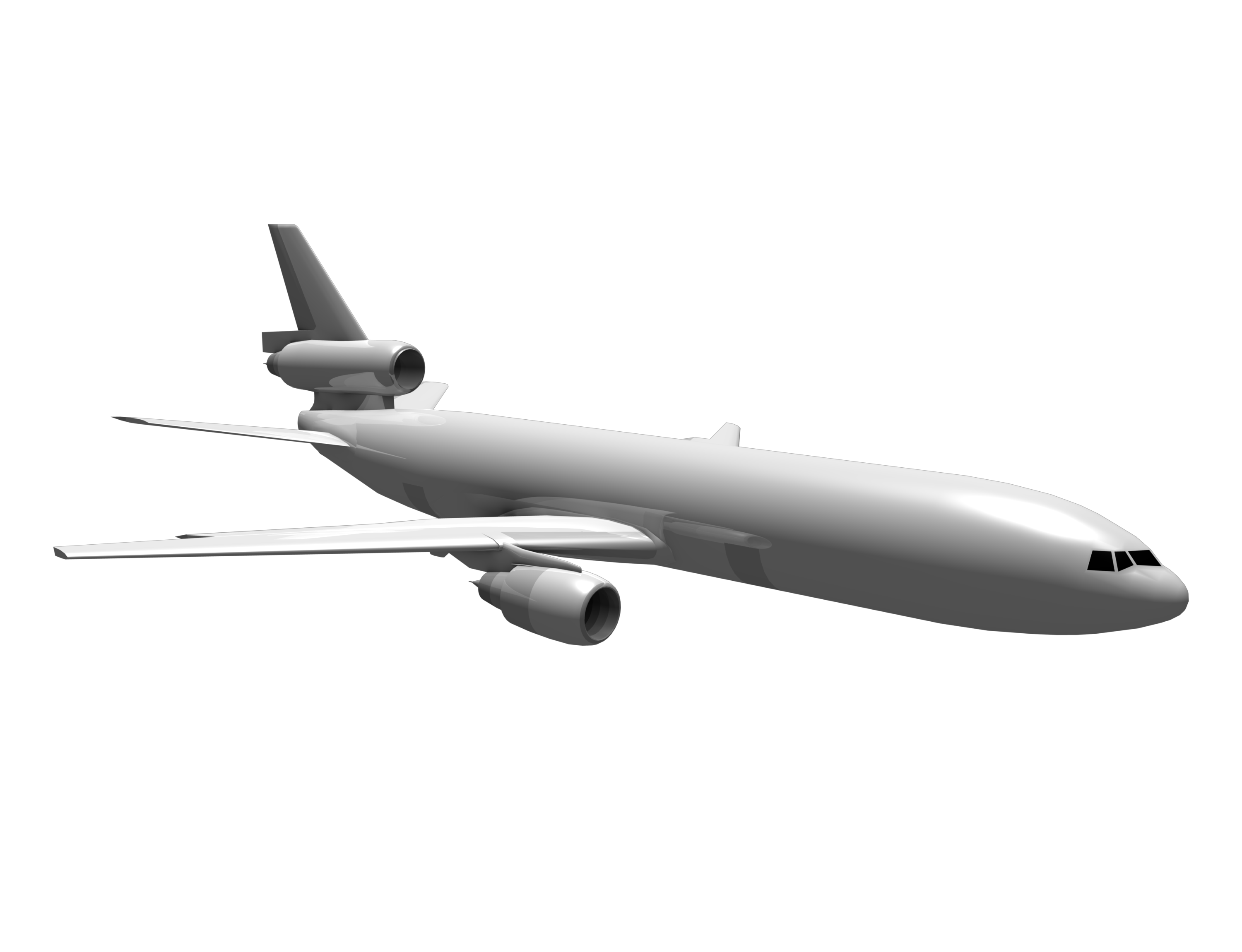 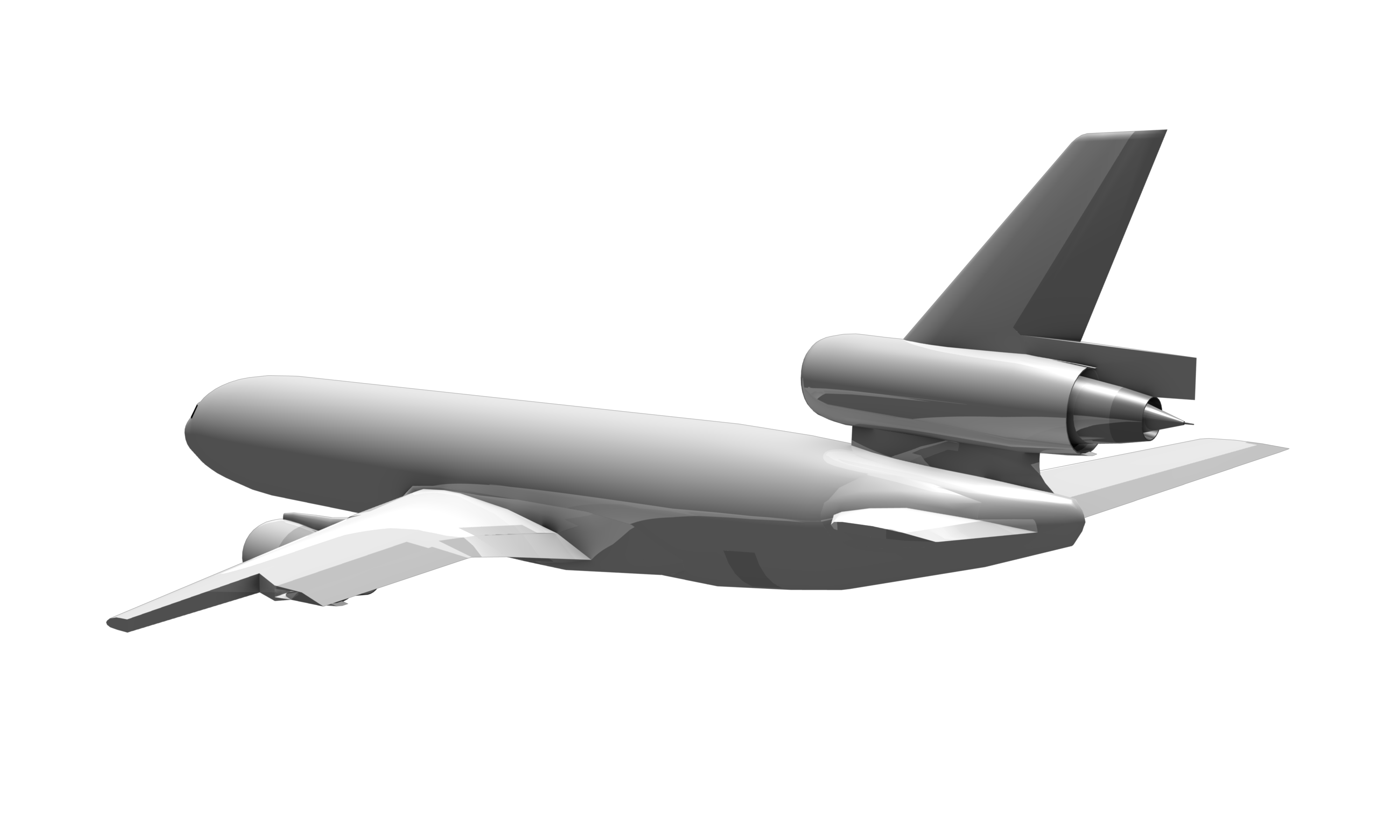 I'm winding down my modding activity of late. As you can see I've done abysmally little given the time in between updates spanning more than a month. However I really do have real life commitments that I cannot give up, such as mentoring, social life (my crush especially >_>), band and A Level examinations...
Modding time has drastically fallen, so I think it is best I give up on it for the time being to channel them to more important areas. So for now, I won't being doing up the export variants of the F-15E, neither will I be continuing development of the DC-10s, and don't expect much from this thread anymore for the rest of the year; though, I'll still be around on the forums posting, moderating and helping y'all.
Top 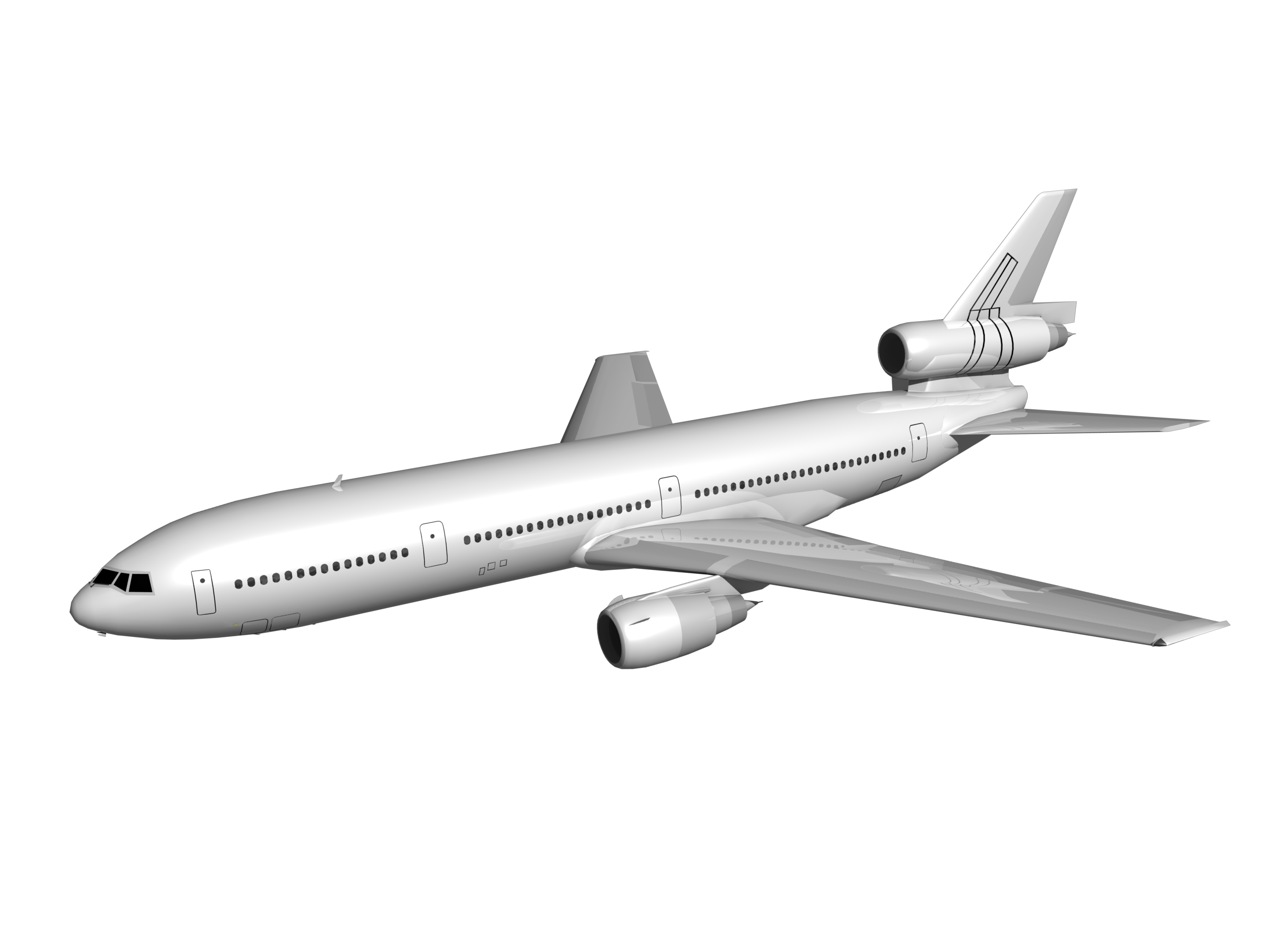 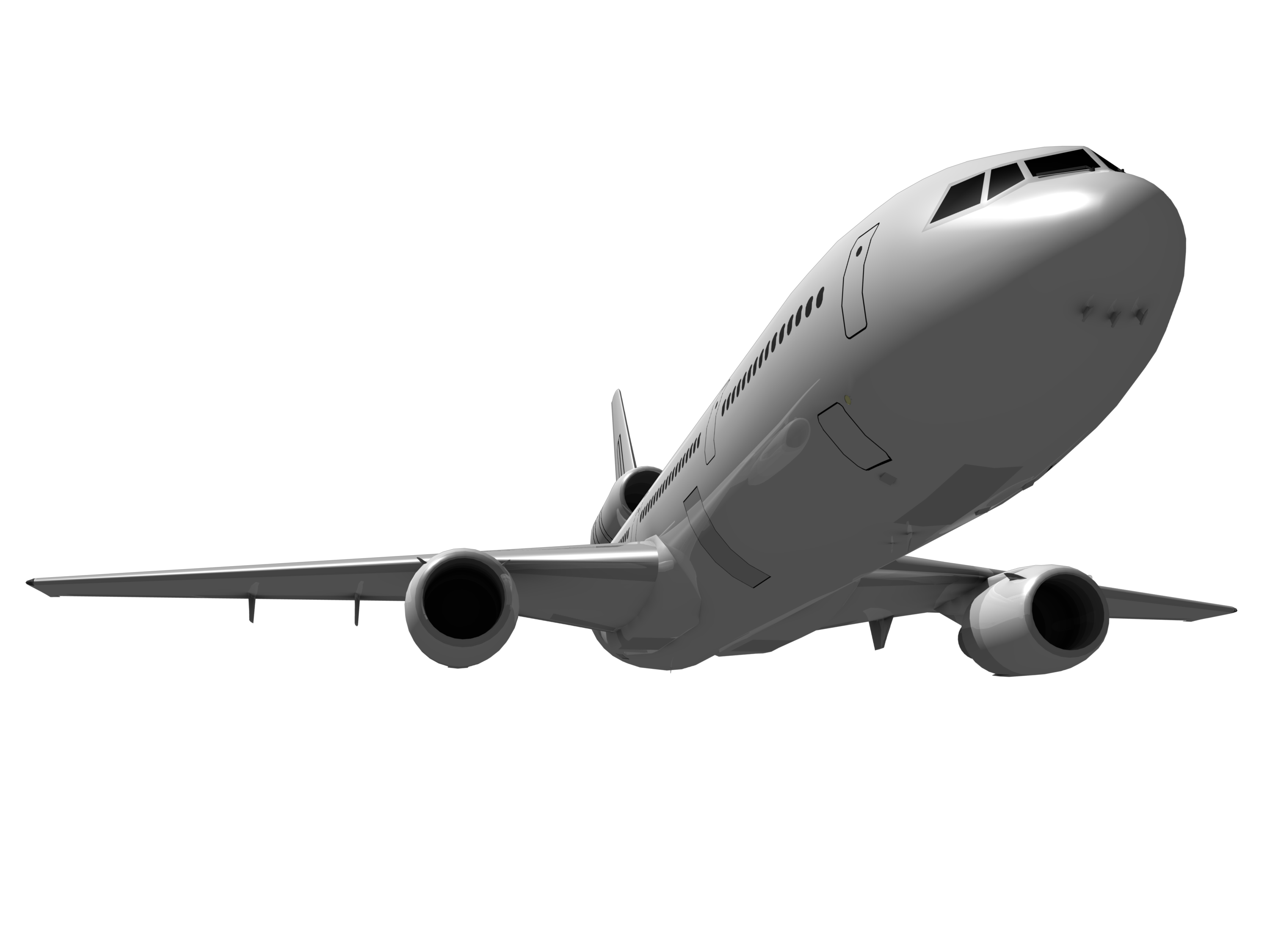 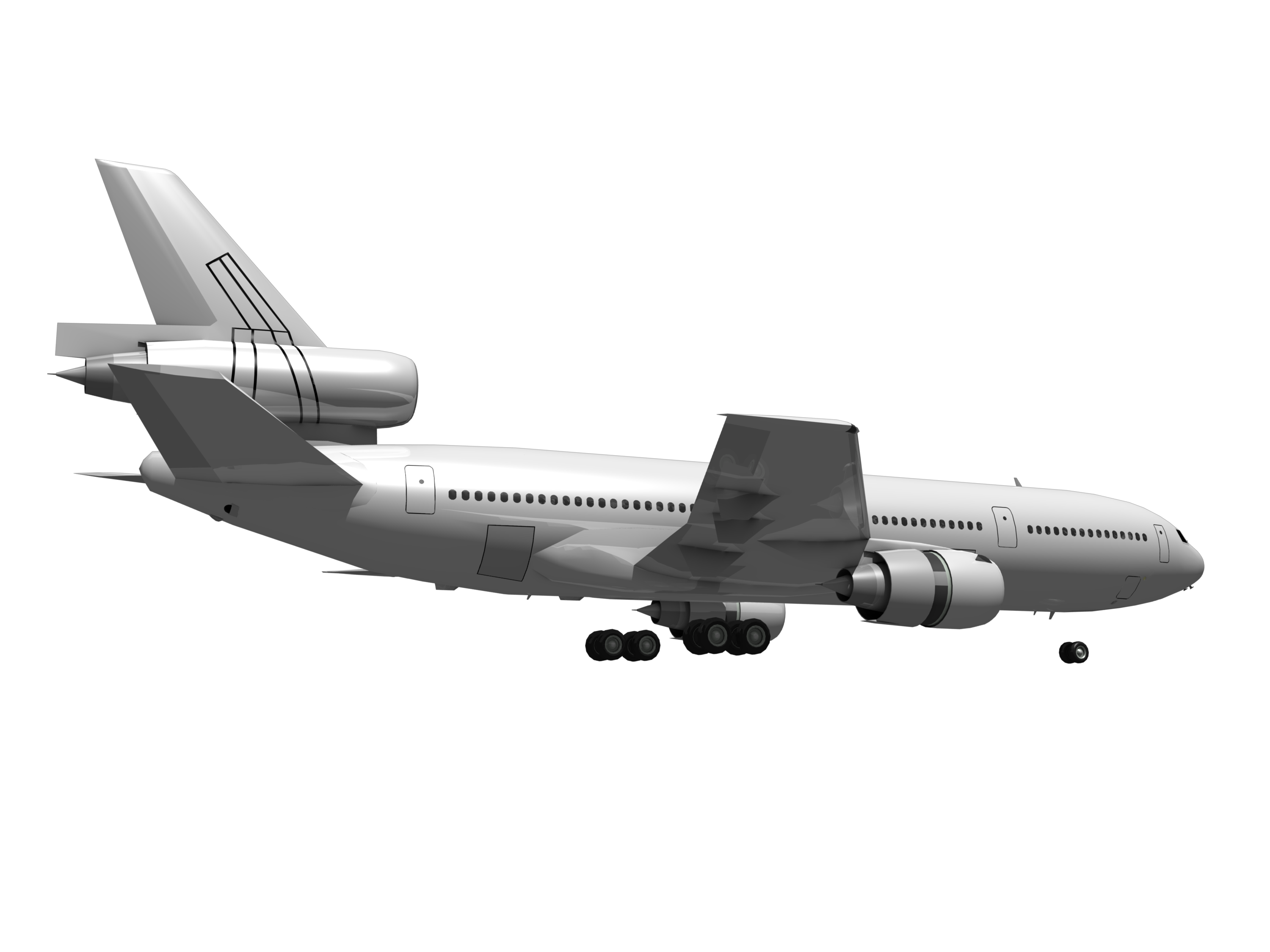 I just couldn't study (even though I should have), so I turned to War Thunder and this. While a lot of work has been done, most of the differences you see between now and the previous post has been made in the past few days. The DC-10-10 blank now includes:
- Engines 1 and 3 reversers
- Rebuilt main body fairing (again)
- Additional details, such as pitot tubes, wipers, landing lights
- Completed wing with control surfaces (finally)
- Paneling for crucial systems (banjo fittings included)
- Passenger doors and windows
- Wheels
The whole thing stands at around 17400 vertices, compared to 18100 vertices for my old DC-10-10 blank. Admittedly, 4660 vertices goes to the wheels, and I still have quite a bit to go before I can say that it is complete. Externally, it is pretty much complete, but I am still missing the animations, gears, lights and whatnot, so I'll say I'm around 50-60% complete now.

I'll probably update this sporadically, depending on whether I feel like modding. Meanwhile, enjoy the eye candy

With exams over, I've made more improvements. 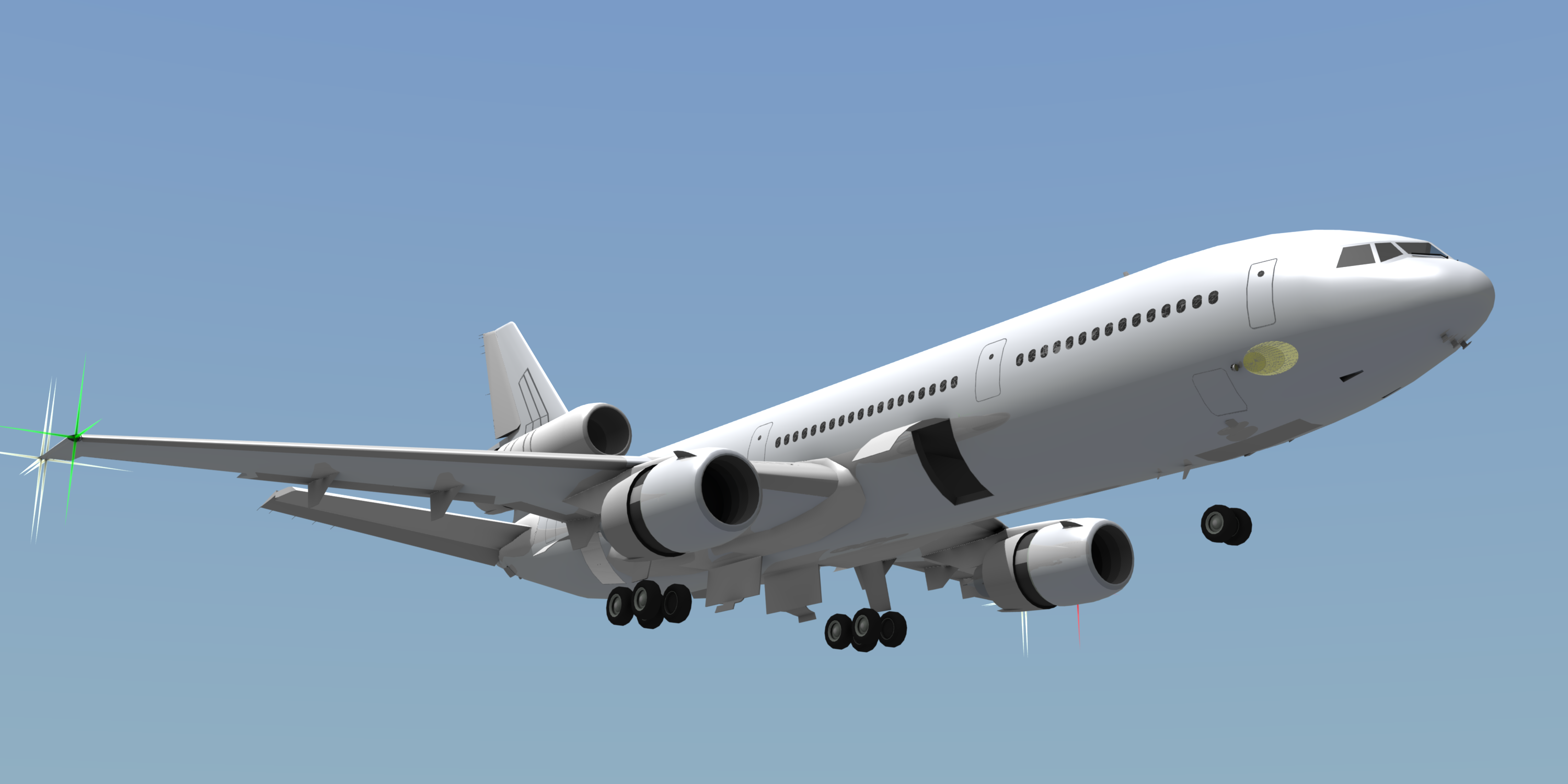 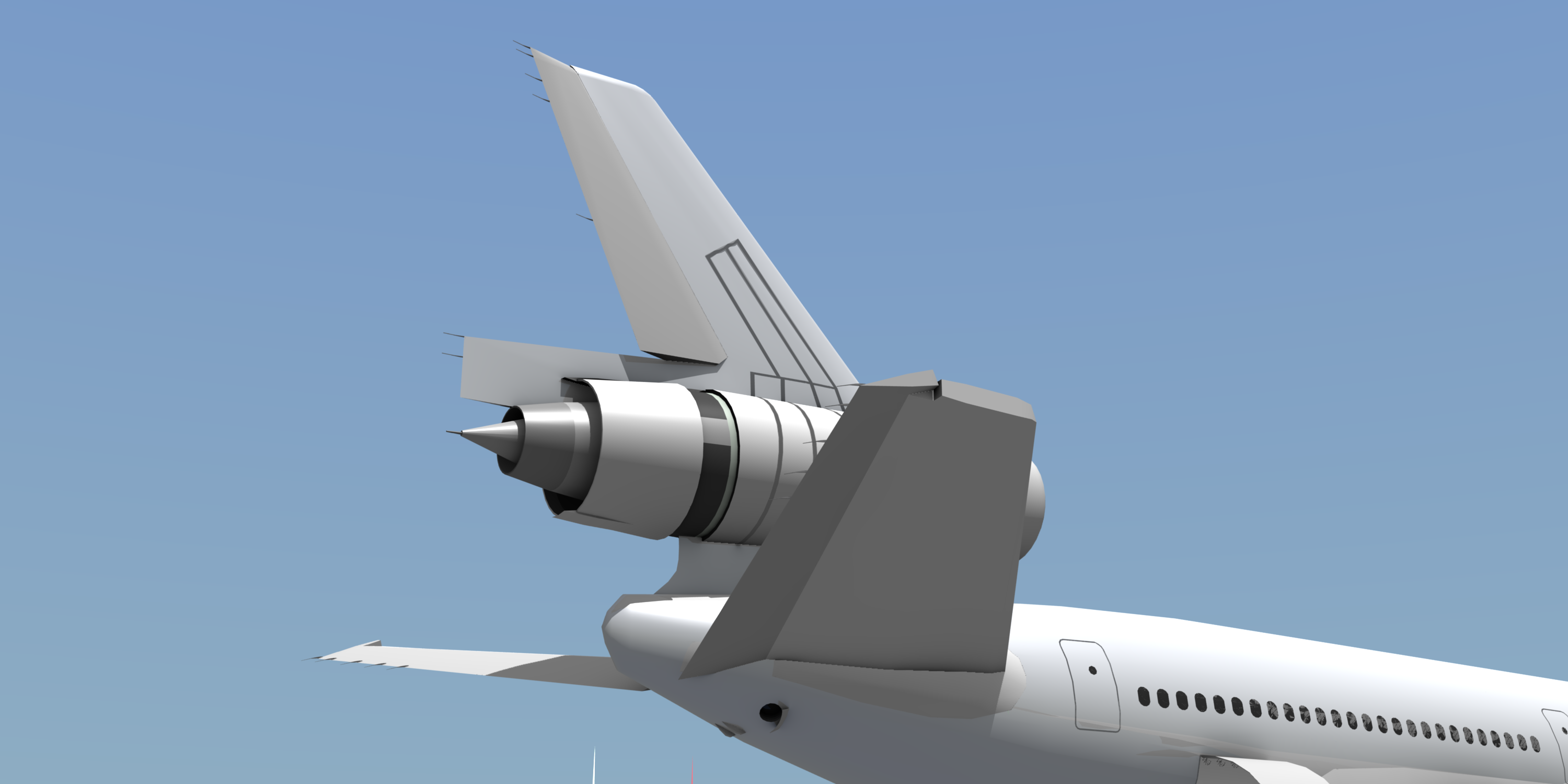 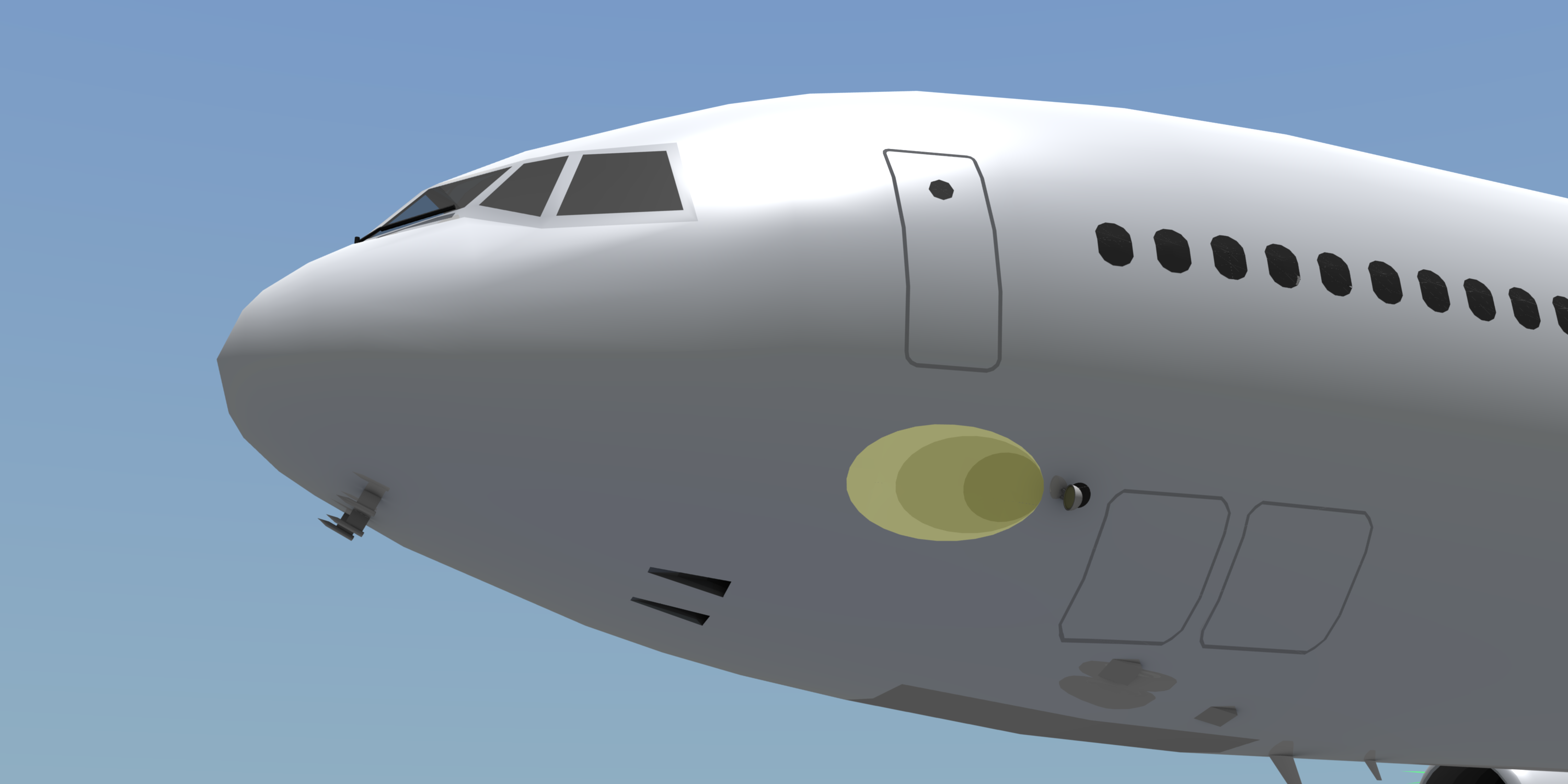 I've added animations and cleaned up the dnm tree, as it was getting tricky to guess in Blender alone. I've used null srfs for main animation of control surfaces to pivot them at different points, for a cleaner pivot. There are also static dissipators on the ailerons, elevators and tail. Engine #2 has had its reverser installed. Nose lamp has also been animated, and now shines on the nose itself. The APU exhaust now opens and closes with speed.

It's broken 20000 vertices. There's a lot of other features that I've added, and more still to come!
Top

WOW.
Is that rendered in YS? Because I could have sworn the first image was a photo...

Also, is the nose gear meant to be hovering in midair?
Currently dormant... playing IL2 Cliffs of Dover
Top

Looks better now...
flamerboy will be like this new DC-10

This new and improved version is going to be one of the best addons ever released for YSFlight. You never cease to amaze me with your work.
Check out my website YSDecaff for all my tutorials and addon releases.
Visit by Bitbucket page for Python codes: https://bitbucket.org/decaff42/

This has just reached a new level of epicity. There. I just coined a new word.
Hi! I make average, undesirable, boring grey maps for YS Flight!

I kinda want to know the render system too. Did you use Blender Game engine or something?
Top

Added more lights on the fuselage and animated the spoilers. I intend to animate the flaps last as those will be an utter pain... 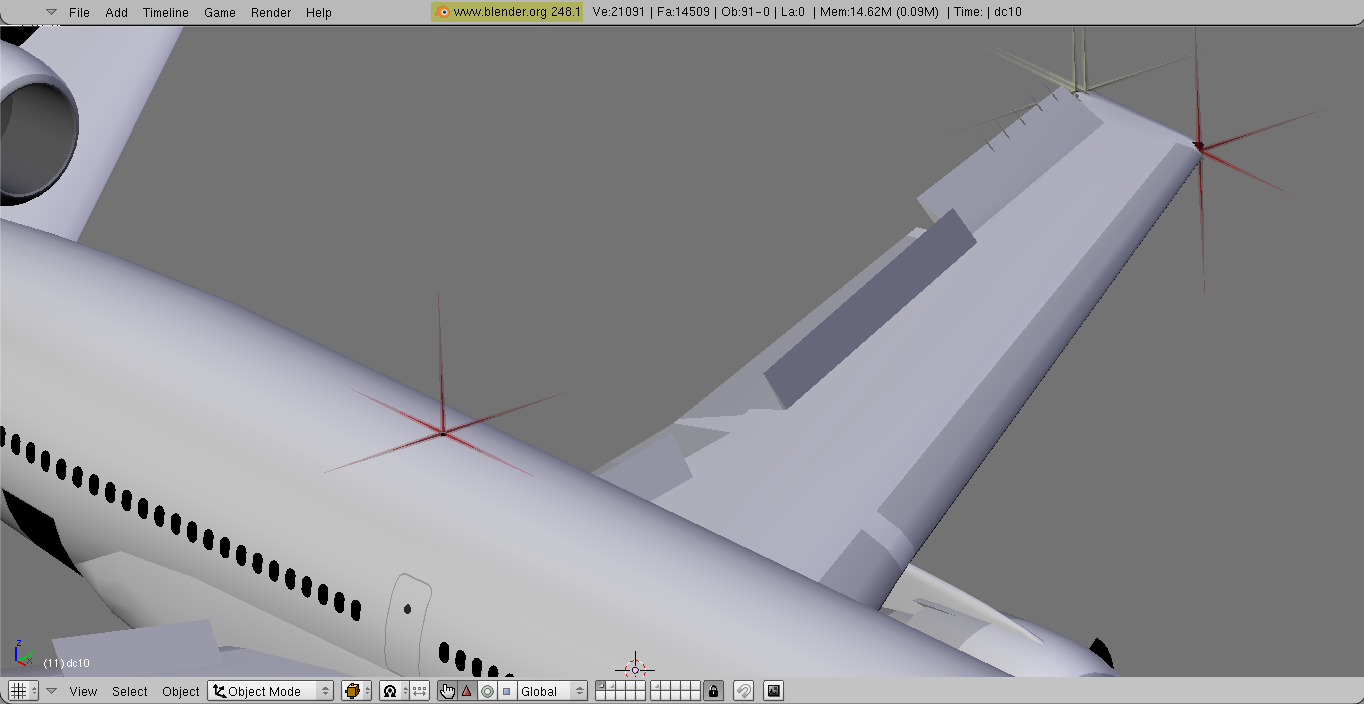 Also, I've begun work on the main landing gears, of which I've procrastinated on for quite some time. 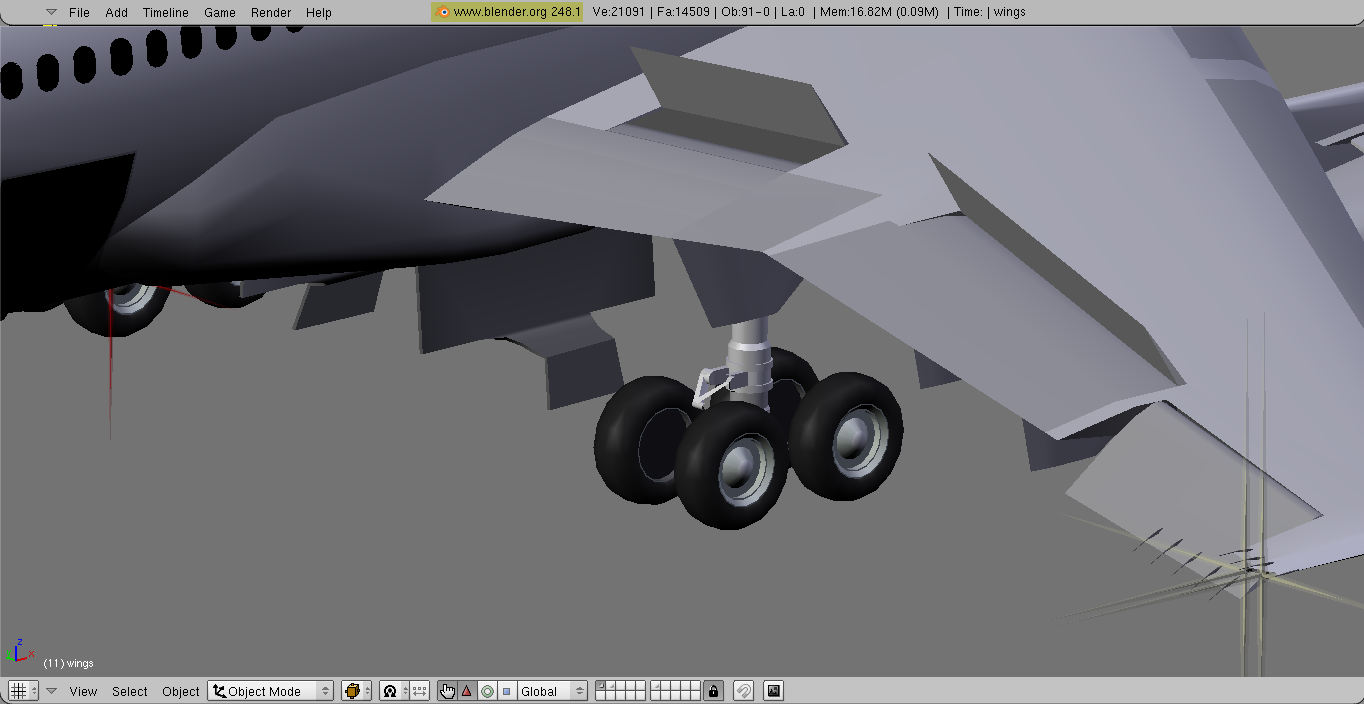 Note the light under the fuselage and the static dissipators on the wing. I do intend on linking the meshes of the left and right landing gears to save space, and currently the dnm file size stands at 1.15MB for 20k vertices. I also intend to redo the torque links that you see as working at weird angles is not very helpful...

Can anyone (TFan I'm looking at you

) help me search up decent landing gear images for the DC-10? Particularly where the main cylinder connects to the base. I've found some really clear and nice close-ups of the whole assembly like this, this and this, but the main joint/hinge is hidden from view by cables, wires and whatnot. I've also gone through the first 20 pages of DC-10 photos on JP.net to no avail.


kiwiflieger wrote:Also, is the nose gear meant to be hovering in midair?

Not really. I just haven't started on the nose gear.

hahaha flamer can go fuck himself

MrFunnybone wrote:I kinda want to know the render system too. Did you use Blender Game engine or something?

edit: 5 hours later, after a lunch and some maths 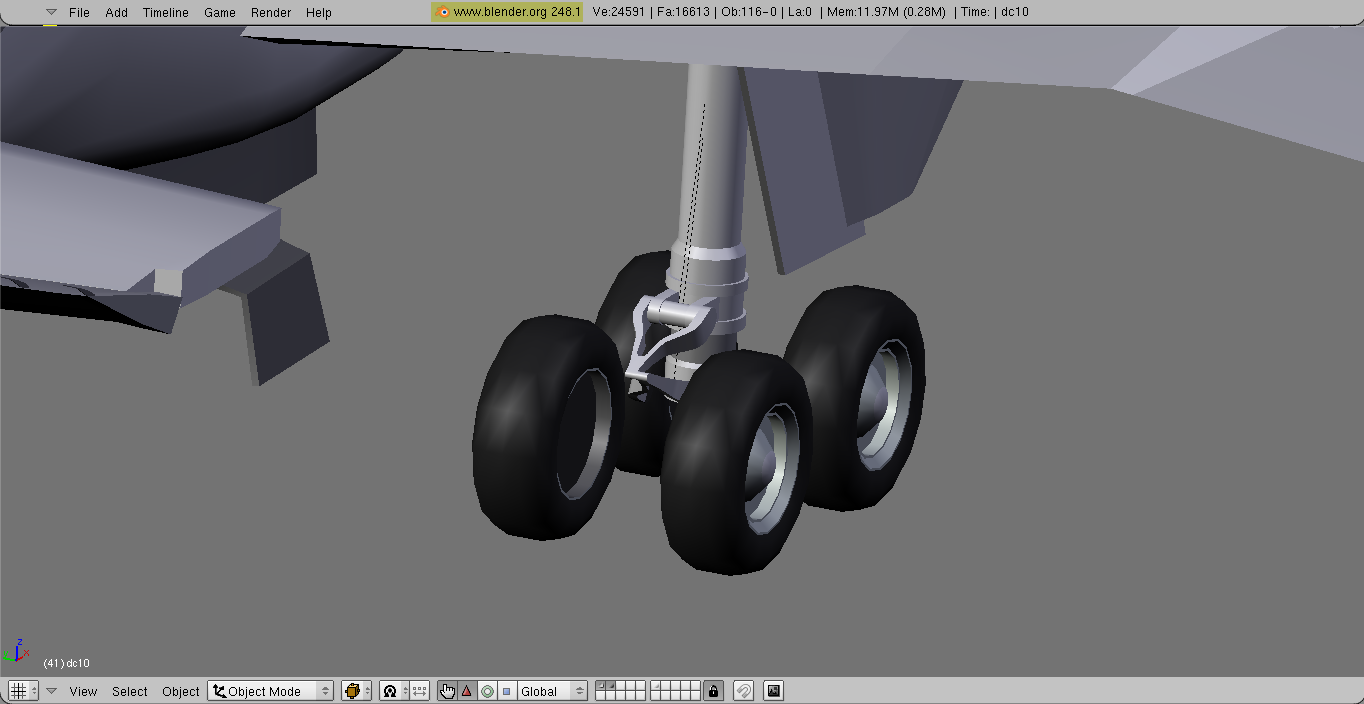 New torque links, each with a bias towards a side. They also have linked meshes, and along with the gear, constitute about 1500 vertices. 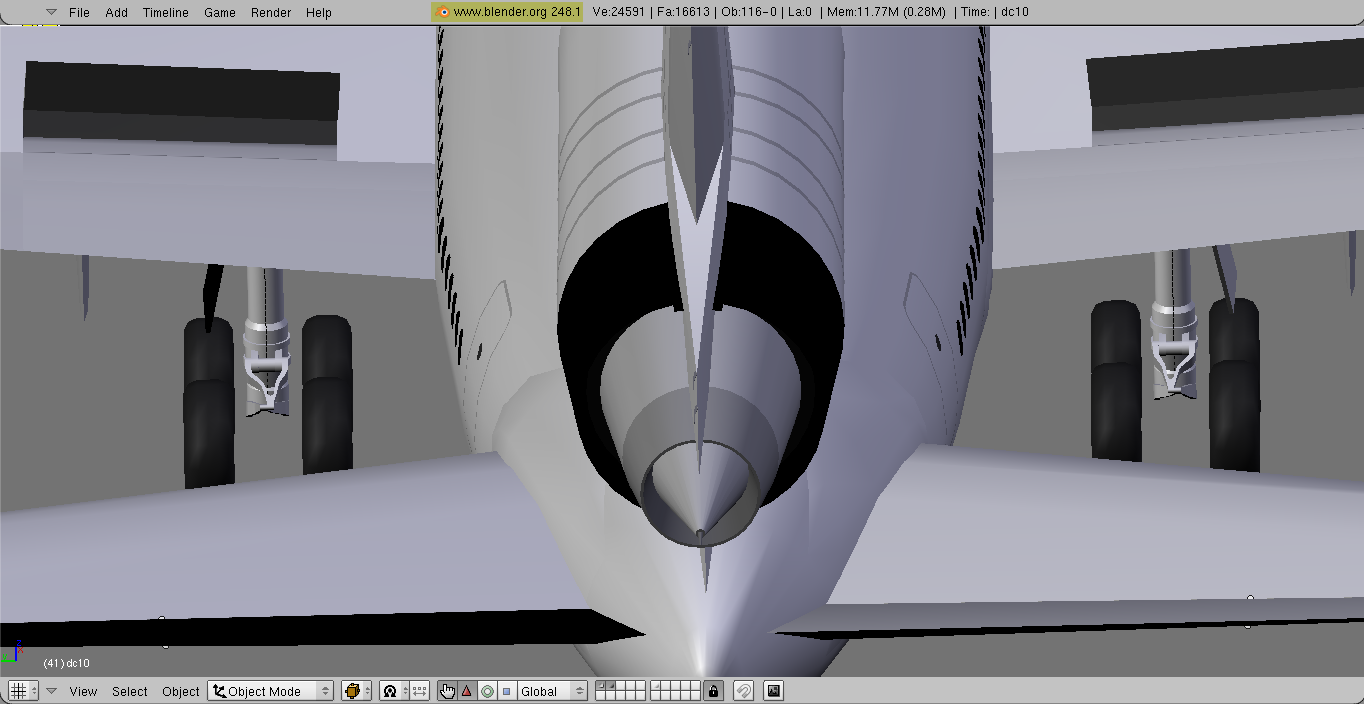 I also intend to save more space by making the gears identical, and mirroring parts through orientation. As you can see, the main cylinder of the gears are identical but the torque links face opposite directions.
Top
Post Reply
376 posts