This is an improvement and repaint pack of the GAC Saab 340B. It has an improved fuselage, new wings, new landing gear, new props, moving parts, new cockpit, and moving parts. It has also been modified to make the Saab 340A, which has weaker engines, a smaller payload, and slightly different lighting on the tail. Also included is an S100 Argus AEW&C, the military variant of the Saab 340.
Liveries Include:
Blank 340A and Blank 340B
S100 AEW&C Swedish Air Force
340A: SkyBahamas, Fleet Air Cargo, Kiwi Regional Airlines, Air Chathams, Air Rarotonga, US Airways Express
340B: SkyBahamas, Air Urga, American Eagle, Japan Air Commuter, Northwest Airlink, Silver Airlines, Pacific Coastal, South Airline

Instructions:
1. Download the compressed file from my site.
2. Unzip the .zip folder.
3. Move the aircraft and user folders into your main YSF folder.

Was wondering if you'd put Kiwi Regional in there... 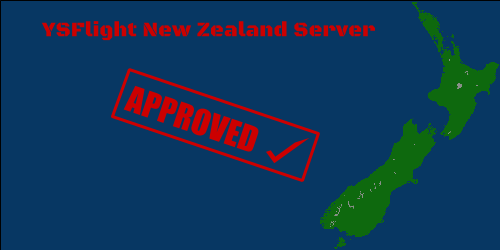 (How could I not?)
Currently dormant... playing IL2 Cliffs of Dover
Top

Kiwi Regional has been defunct since August 1st and their only aircraft was sold to Air Chathams. It is currently Air Chathams' only Saab.

Looks awesome Pat, can't wait to get these in the YS skies!
Hi! I make average, undesirable, boring grey maps for YS Flight!

dbd000 wrote:Kiwi Regional has been defunct since August 1st and their only aircraft was sold to Air Chathams. It is currently Air Chathams' only Saab.

Wait a second. Does that mean I have two liveries that, in the real world, have been used on the exact same plane? I just looked at the registration codes and it's the same plane.

Air Chathams must have repainted the vertical stabilizer to a darker green when they painted over the Kiwi name.

. Don't have them both flying in a server at the same time or there might be some sort of rupture in the space-time continuum...
Currently dormant... playing IL2 Cliffs of Dover
Top

Ruptures in the space-time continuum are my specialty.

You guys really crack me up sometimes!