A fictional U.S. Territory/City located in the Pacific Ocean

OR see below for a quick download/install option. 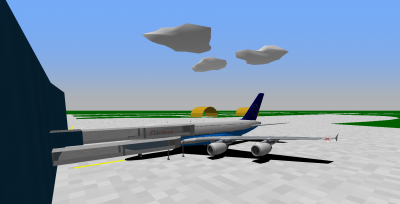 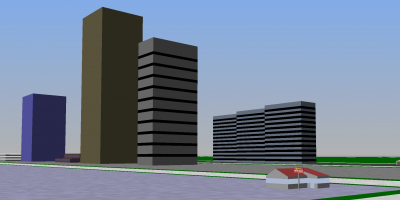 Would like to especially thank Monoceros for great input on creating this map, and Patrick for creating the new jetways.

Welcome to Santo Rivas, a fictional island city/U.S. territory located in the Pacific Ocean, ~200 miles southwest of Los Angeles. The city is a center of financial accounting and offshore account holdings for the central and South Pacific region, as well as a growing distribution center for exports of seafood and trade of goods. The city also has a growing IT industry and is home to many government employees.

Santo Rivas proper has a population of ~1 million residents, and together with Callejas City, a fairly new development located on the southeastern part of the island, the total metro area population is ~1.2 million.

Being a (fictional) U.S. territory, Santo Rivas has an air base, which is a joint-use facility with the main air terminal. Santo Rivas Maria Teresa Callejas International Airport/Callejas Air Force Base (simply known as "Callejas Airport" or "ML2" - the IATA code - by the locals) is located 13 miles northeast of downtown Santo Rivas and handles ~2.5 million passengers a year. It has two runways, 09-27 and 18-36. The airport has one terminal with 11 gates. All gates can handle upto Code E aircraft, while one gate can handle upto Code F aircraft. Excepting one gate, all gates are equipped with jetways. As an added bonus, the jetways double up as refueling stations.

An interesting feature of ML2 is the prescence of four alert positions, where U.S. Navy F-16s can be stationed in case the island needs defense (especially important considering the top-secret govt facility nearby), or for any other U.S. interest in the nearby Pacific that would need protection. The jets can also be deployed for special mission sorties or for helping the U.S.'s allies.

ML2 has adequate air links to the U.S. mainland and a handful of international destinations. 11 airlines provide nonstop service to 16 cities.


ML2 is not my original idea. The layout for this airfield came from a drawing provided by Monoceros, who approached me with a request to create an airfield based on this screenshot - see documentation. After some discussion with Monoceros and back-and-forth feedback, it was decided the airfield would mimick the drawing, but have two 13,000 ft. runways. Most importantly, there was the requirement of an air base that shares the same runways. 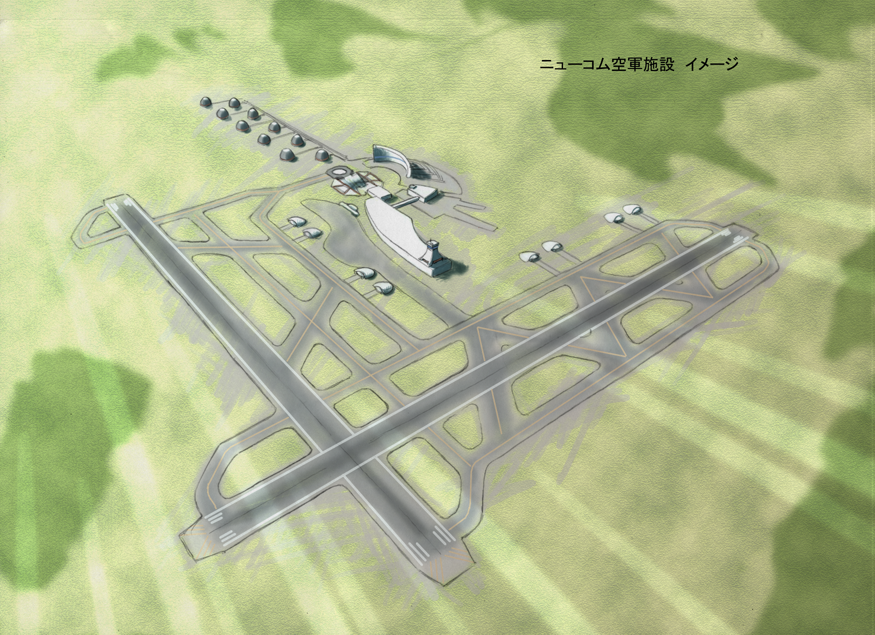 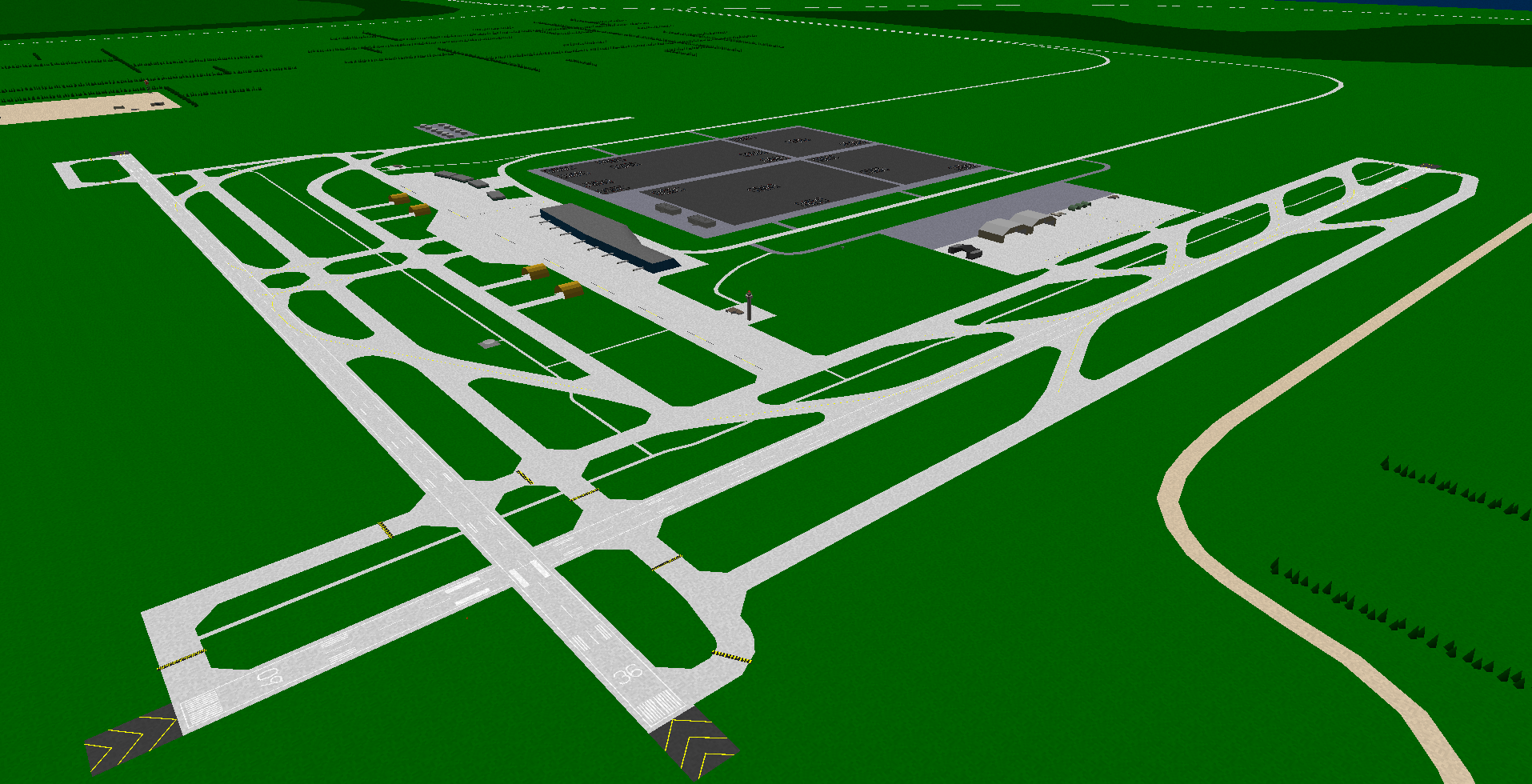 I decided to stick as closely as possible to all of the other features seen in the drawing, but the length of the runways dictated the size and position of all of the other facilities at the field, including the air base. The original terminal in the drawing would require a custom ground object, and having the skills I do in creating custom ground objects, I decided to make the terminal out of three separate elevation grids with the same height. At my request, Patrick provided modified version of his jetways that align well with the main deck of basically all widebody aircraft, as well as an additional jetway that aligns with the upper deck of a 380-800 or a 747-400.

Making the map was a lot of fun and I hope you enjoy flying around Santo Rivas!

A NOTE ABOUT THE CODE F GATE (Gate 1): I have installed dual-level jetways at Gate 1 of ML2's terminal. To properly align a 380-800 with the jetways, the L1 upper deck door aligns with the upper level jetway, while the L2 door on the lower deck aligns with the lower level jetway. This may take some minor adjustment to get right, especially when parking here the first few times.

Also note: when parking any aircraft of type 767 or larger at gates 6-10, park them with the L2 door aligned with the jetway entrance/exit to provide adequate wingtip clearance for widebody jets taxiing behind.

Facilities on Island S-5-S (this is Monoceros' own description for each individual element):

1. EMA Data Storage Center. The building in the middle is a sterile DNA containment environment. The buildings in the back are massive hard drives that hold digital data. It sits in water to cool the towers and the only way to it is by boat.

2. UIMS Deltanose Battleship. It's an unmanned attack ship. Behind it one of the data towers for commercial use.

3. Nora Manufacturing Facility "Empty Space". This is from a short story I'm writing. Behind its parking lot is the Solid State Robotics information storage building (it's a separate object) that I based on the X68000 computer tower. The left side is the server area and the right is the monitor and terminal section.

Brings a smile to my face that this is released. I had fun making this alongside TF. I'm working i\on additional ground objects that I didn't get to finish on time for a future update.

This scenery is absolutely lovely to fly in! Kudos to those who contributed to make this map!
The A380 is ahead of its time. With the resilient passenger traffic growth for times to come (reference from Airbus's Global Market Forecast), plus congested airports, the A380 could not be ignored.