Best repaint. Undeniable truth! (but the others are awesome too)

Seriously, you've managed to put a big wide happy smile on my face right now. Thanks decaff for doing this. Means a lot.

Yeah school has been a lot of time. But I'm almost ready to release the pack.

So, I'm just waiting for YSU to start cooperating, and then I can upload the 737s.

In the mean time, I found a few new references...I'm more skilled at modding...yeah. Methinks that this will be quite fun to putt around with for a while and see where it goes. If nothing else, I can gain some experience. I hope that it could become a YSF aircraft, but everything from scratch..yikes. daunting challenge for a medium to high detail aircraft.

Found some interesting RC videos that offer a lot of insight into how the Tu-95 flaps system works.
http://www.youtube.com/watch?v=wRcnDv8tlU0

Here's my progress so far. A couple of interesting things to note:

1) The wing uses the real Tu-95 airfoil. This was because when I was first cutting the flaps, they were stupidly thick and I knew they couldn't be right. So therefore I looked up the airfoil and saw it was very skinny at the tail, but had high thickness forward by the quarter chord. I imported the airfoil into blender 2.68 and exported it as an obj file, allowing me to bring it into blender 2.49.

2) The inner engine nacelles and landing gear housing actually has a more square cross section than oval in the trailing edges, and the portion behind the wing actually slopes downward relative to the fuselage. Not sure why, but it is interesting.

3) I have the inside walls of the cockpit and navigators stations already made, and the tail gunner's cockpit area is all set. I'm going without the actual tail guns initially for simplicity, but I may add that in later.

I'm not sure how I'm going to model the propellers, possibly using YSMajors B-17 as a base idea, but we will see. I plan on dealing with that when I'm actually animating the various pieces of the aircraft, not now during the initial modeling.

Yeah this is progressing incredibly fast. Possibly the fastest I've ever worked.

I've got the Rudder, Elevators, ailerons, and flaps animated and tested in dnmviewer. Up next is the landing gear doors in the inner nacelle. I still have to make the bomb-bay, nose gear doors, both sets of landing gear, propellers, and cockpit areas. So still a long way to go, but I'm thinking positive!

okay. Lots of progress today. After talking a little with flake, I realized that I was severely over complicating my landing gear arrangement. Simply one animation sequence would work because both of the main gear only rotate about the y axis (the direction the wings go) and therefore it would allow me to duplicate each mesh (inside the object) and mirror it. Additionally, I do not have to fiddle with slow vs fast gear. It actually works really well when everything is on the same animation as the wheels are a little bit to long, but when they rotate into the bay with the rest of the animation it works well and there is no binding between the wheels and the gear doors or walls. 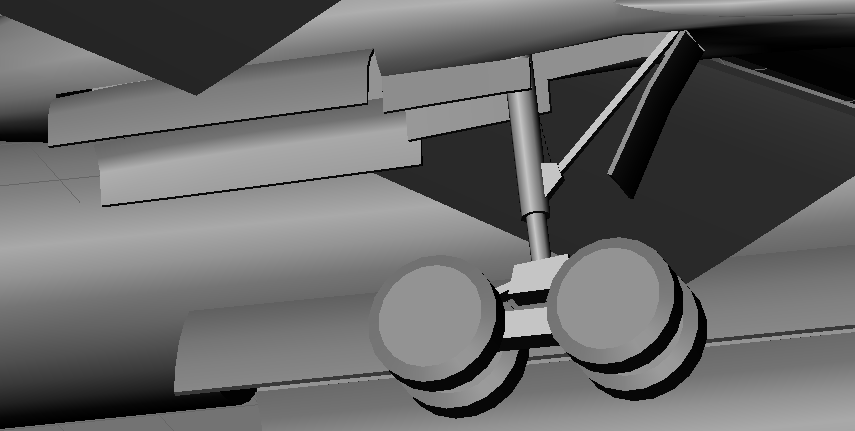 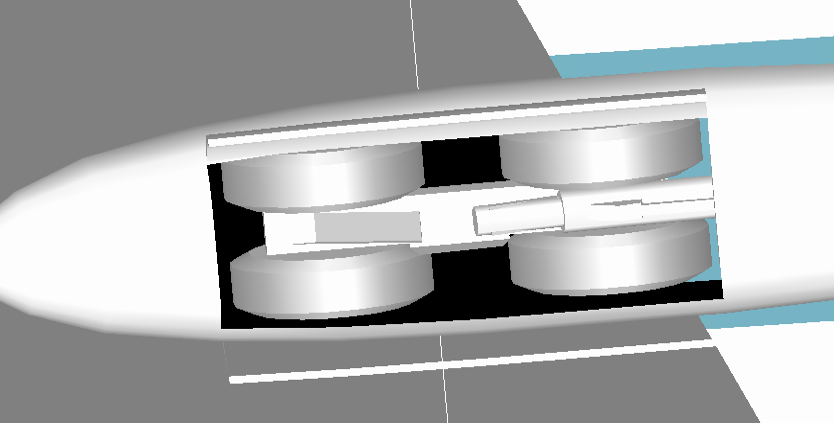 In case you didn't know, I had to rename the folder "Air Berlin" to "AirBerlin" and change it in the .lst file, too. YSF doesn't like spaces.

Really? I've never had a problem with it. What operating system are you using? Linux?

Okay, got (read: borrowed & modified) the propellers modeled and animated. I still have to test everything out in YSF, so they could be 100% off, but as far as I can tell right now, it's looking good.

Strange. Not sure why that is an issue on windows, but not on Mac.

Anyway. I was hoping to do some flight tests the other day to make sure everything was working well, but I ran into a strange bug. YSF does not give me an Error report.
My LST file is properly named and the filepaths within are correct.
My Tu-95 has a unique name in the DAT file

I cannot find the Tu-95 in the select aircraft menu for a test flight.

It simply does not appear. Even if I change the aircraft name to be duplicate to the GAC Tu-95 dat file which did minor modifications to for flight tests, there does not appear to be a duplicate aircraft like what would normally happen. It's like the LST isn't being read.

Not sure why this is happening, but if anyone has any ideas I'd appreciate any thoughts you might have.

Um, this is me being thick mostly likely, but don't you have to include a COLL or similar? Many modders seem to use a blank.srf or blank.dmn for that.

EDIT: Opps - gunny beat me to it

Yup it's the collision .srf. The coarse and cockpit files are optional but recommended.
But never, ever, ever put a collision .dnm. Ace Lord did that once with the Sky Surfers C-17 and the dnm was warped so bad it crashed the YS executable.
Top

May mention: No error with the DNM.... just YSF loads it wrong if you use a DNM as a collision file.
I am an accountant working full-time (and some). I'm not here as often as I would like to be. Send a message if you need me. There are a few people in the community who can get in contact with me urgently if you need - don't be afraid to ask. I just don't check here as frequently as I used to. Sorry!
Top

That's strange since I I've used .dnm files for collisions, specifically with the XRA-206.

What dnm version is it? 0, 1 or 2? I think 1/2 are unsupported.
I am an accountant working full-time (and some). I'm not here as often as I would like to be. Send a message if you need me. There are a few people in the community who can get in contact with me urgently if you need - don't be afraid to ask. I just don't check here as frequently as I used to. Sorry!
Top

I honestly don't know. It doesn't have a version number in the .dnm.

It's not something I have done on a regular basis, though. I've had trouble with it before for the reasons stated above.

Decaff, did you ever get the bear in the air?

Well, I guess I just had a major herpderp

Thanks guys. Coll file fixed the problems with getting Tu-95 into the air.

I noticed some issues with the nose gear and I got that fixed. I'll have to work on some stuff with the dat file...apparently my first try put the pilot's view about 5 meters to the right... oops.


Here's a quick gif showing the landing gear animation. I love thing when they work well.

That looks nice, but watch out for the transparencies on the props cutting through the fuselage. The second line of the .dnm should be "DNMVER 1", I think. At least that has been my experience.

DYNAMODEL
DNMVER 1
Check out my website YSDecaff for all my tutorials and addon releases.
Visit by Bitbucket page for Python codes: https://bitbucket.org/decaff42/

I guess when you get done, make sure the entries for the props are last in the list?

Working on doing that right now, but now I'm getting something kinda interesting. I'm hoping to make the high speed propellers visible from both sides, however the best I'm managing right now, is for them to only visible from a single direction as you can see below.

Notice the Number 3 engine is the odd one out so you can see the difference. 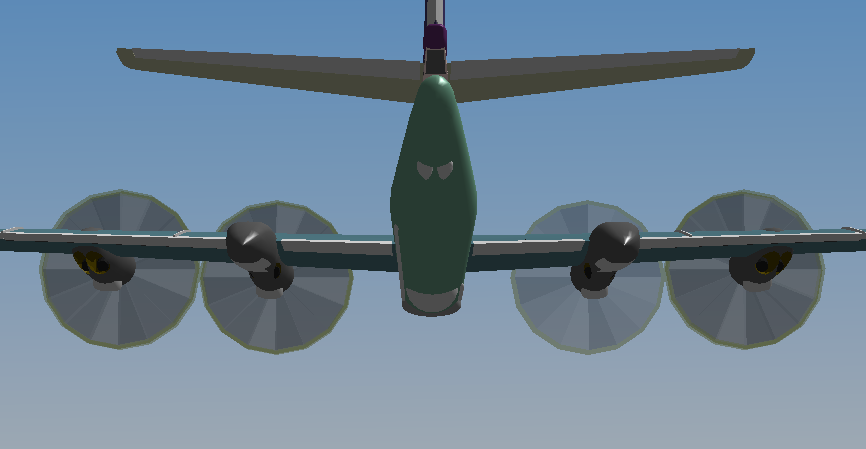 Any ideas? such as parent-child structuring, or something?
Check out my website YSDecaff for all my tutorials and addon releases.
Visit by Bitbucket page for Python codes: https://bitbucket.org/decaff42/