I took LordFlash's HD Avro Vulcan for a ride. This one is Vulcan XH558, the last remaining and flying example of this amazing plane. I flew a demo in Bruntingthorpe, btw.

Here's the Vulc, chilling in the hangar, undergoing some maintenance before showtime. 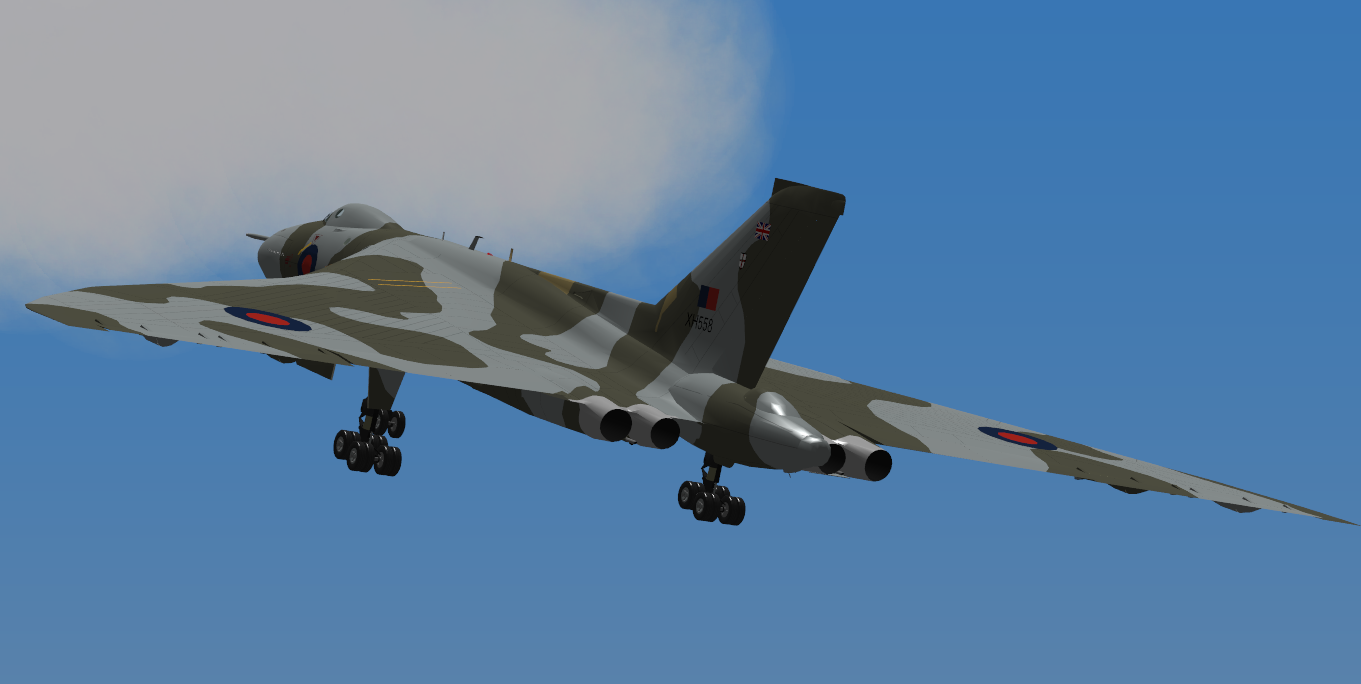 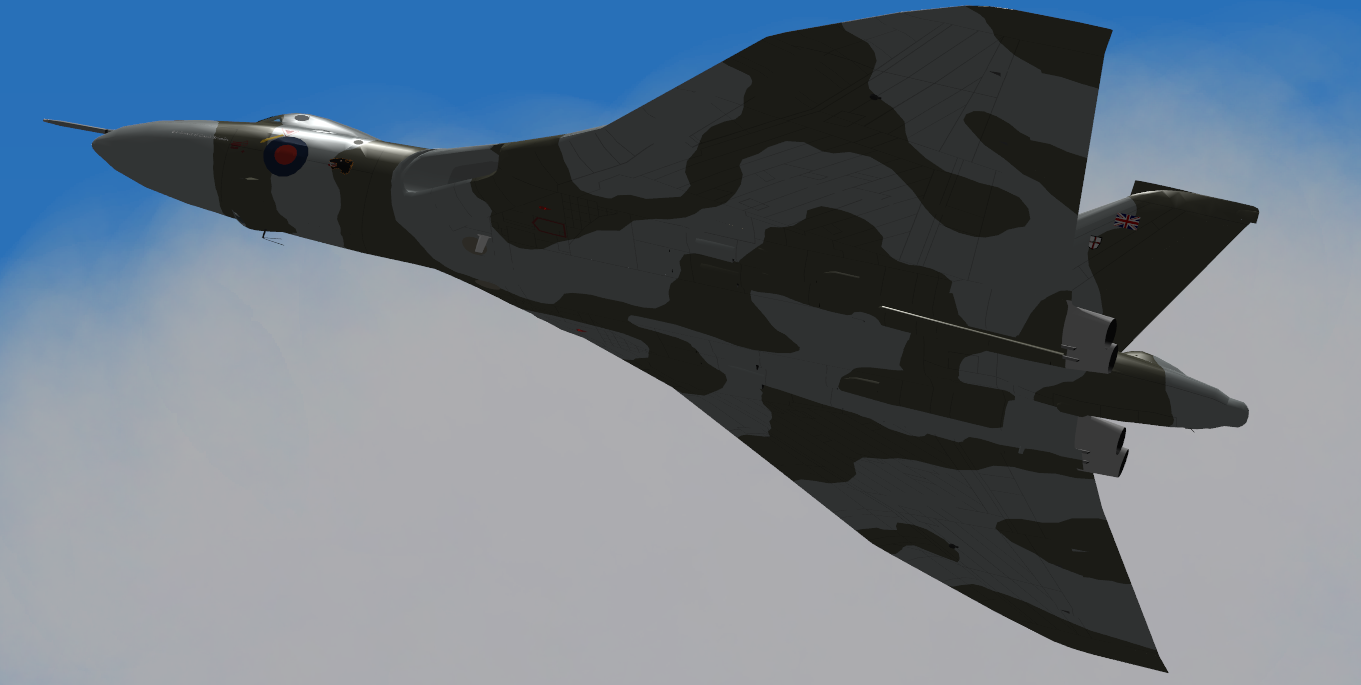 After getting some distance from the airshow flight line, it returns, letting the audience see the true size of the bomber itself. 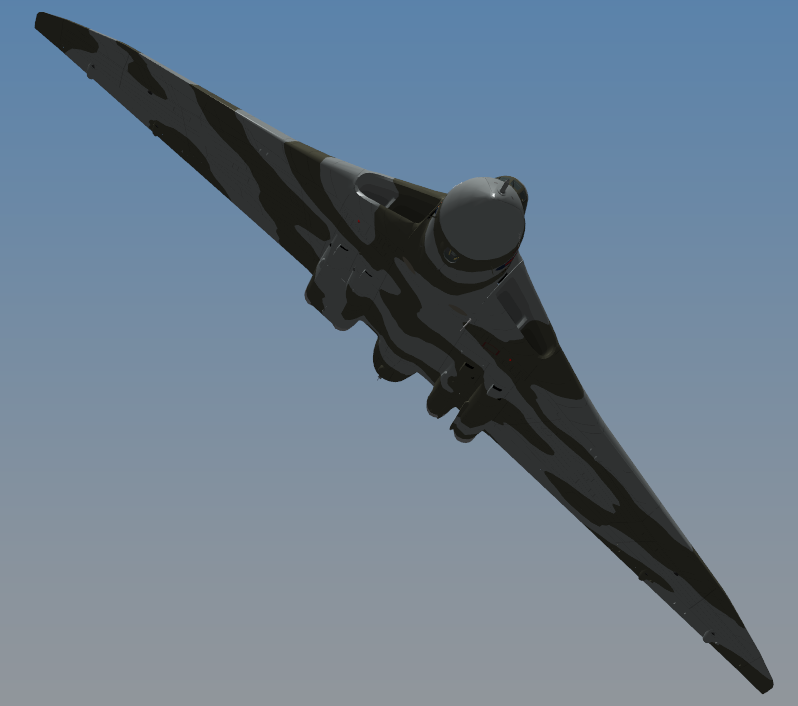 Slightly pulling up, leaving wingtip vortices in the prosess (and also clouds in the background

Shot from above, revealing about on how low the thing was flying. 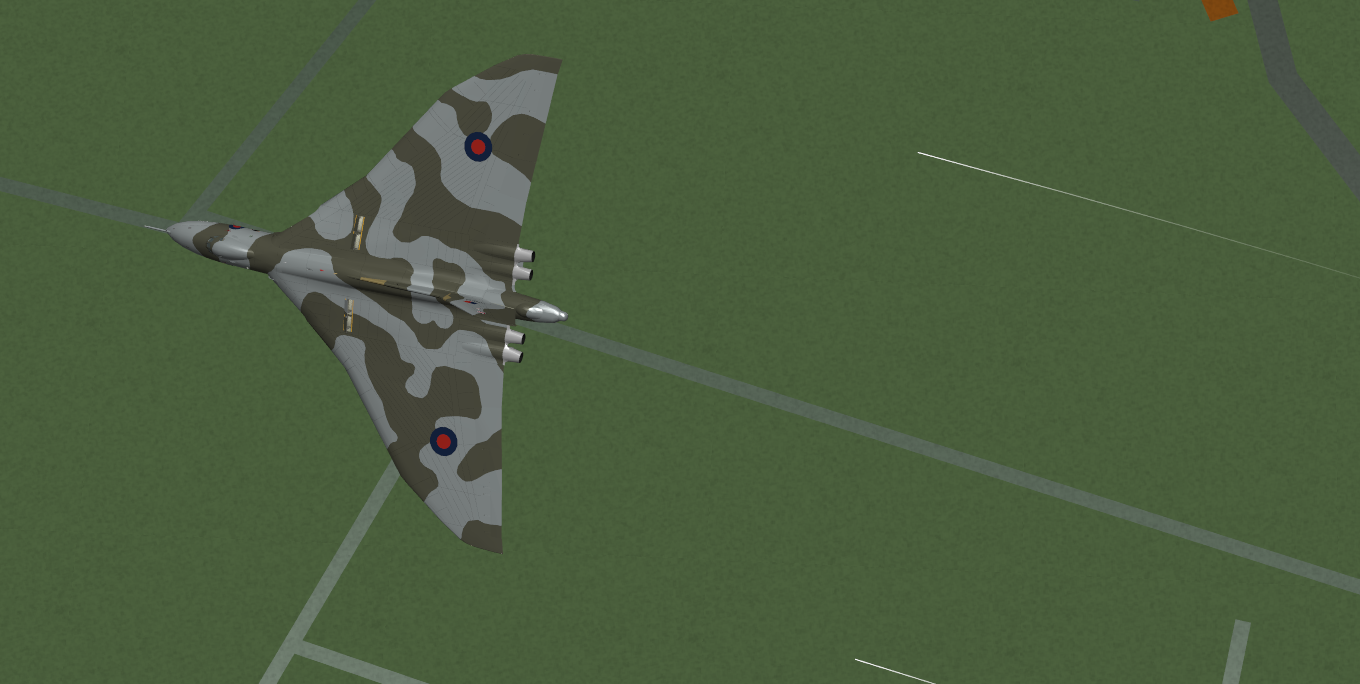 showcasing the gloss/shine that comes with OpenGl 2.0 (note the airbrakes partly deployed) 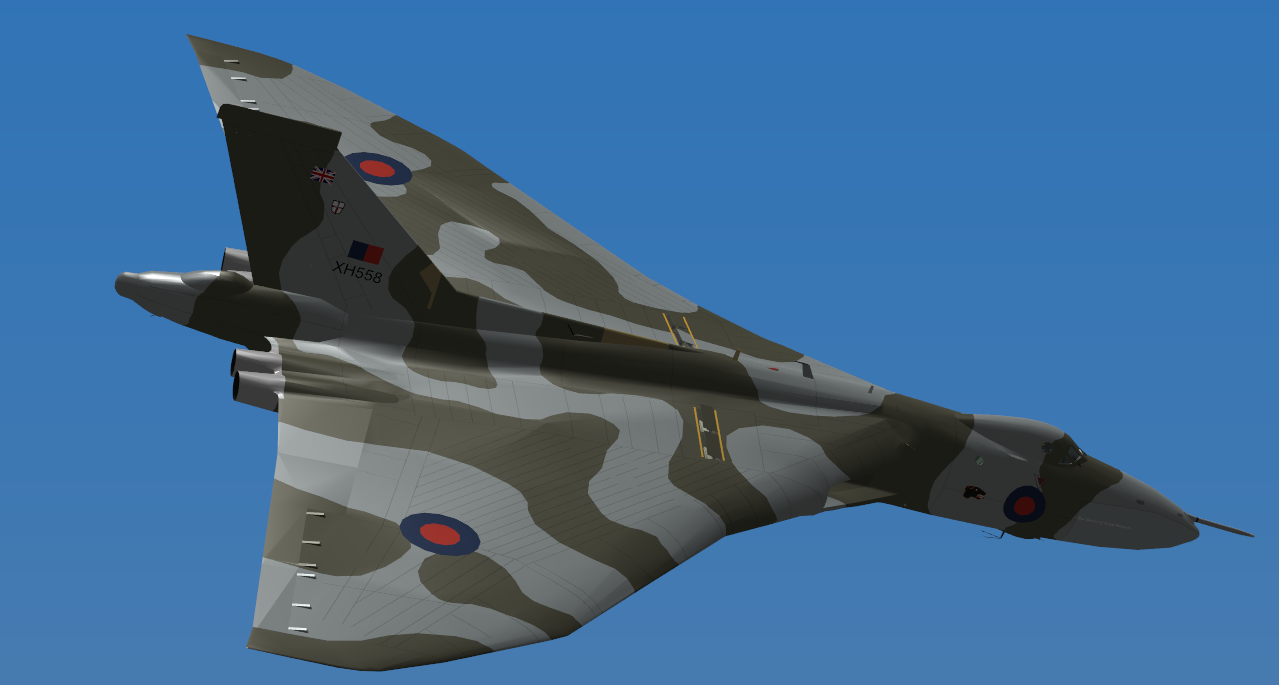 Closeup of the nose while banking to the left. 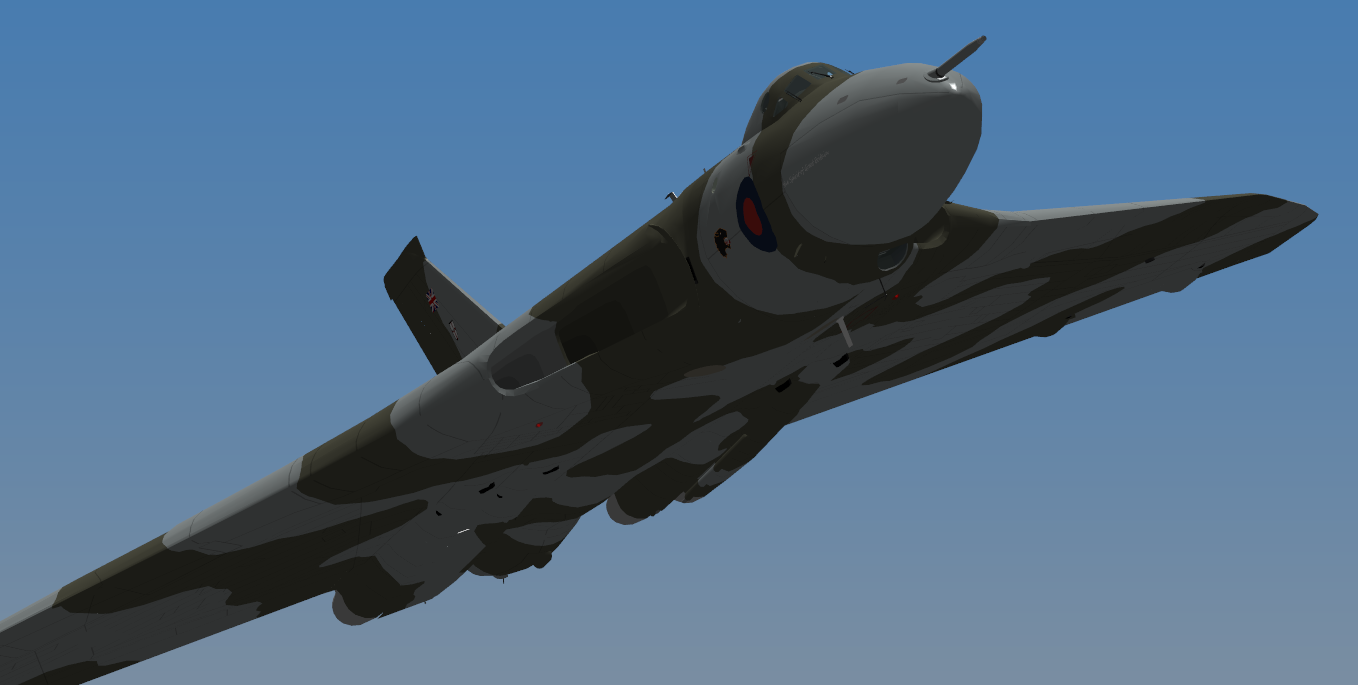 Gears fully down, same with the airbrakes, ready for touchdown.

Another aerial shot, moments before touchdown. The demo went smoothly, the audience was blown away. And the Vulcan sleeps in the hangar, awaiting for the next big day. 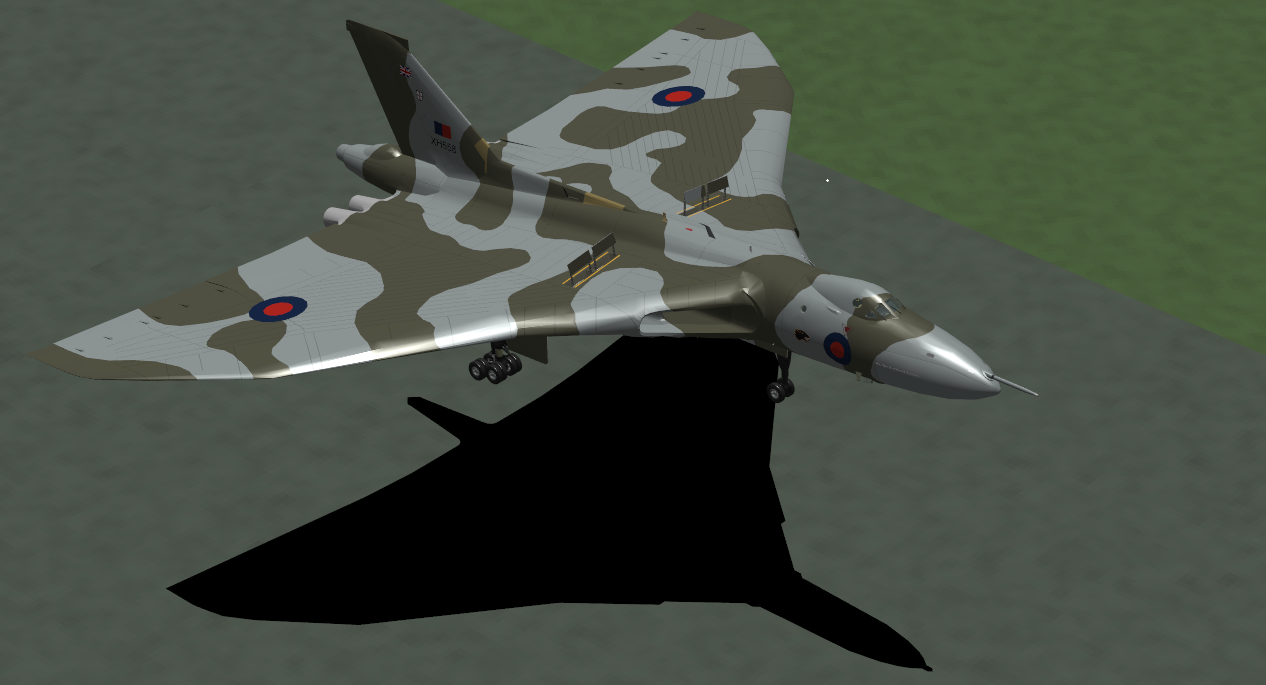 Not so related: Those screenshots of you flying a bomber, and Slim Pickens in your avatar, made me realize something... YSF needs a B500 weapon skin mod for a SAC B-52, it would be Slim Pickens riding on a nuke named "Hi THERE!"...

An Ohka piloted bomb rocketing in towards Dreamland.

Some shots of my first flight (LIH-HNL) from the VAS ATC session yesterday (which was awesome btw):

Ready for takeoff on RWY 21 at LIH:

Making the left turn to join the airway to HNL:

After a brief cruise at FL 210, descending for HNL with a cruise ship in sight:

Making the left turn to join the 8R localizer as I approach Kalaeloa Air Base:

Backtracking on RWY 8L to Kilo as Scarecrow holds short of the active in the Turkish Cargo 727-200F:

Taxiing to the gate as the 727 heads off to Maui and Bas. T taxies in on Charlie:

It's nice to see Global in the air.

This is George Town Airport. The airplane parking is near the runway, although there is some type of facility at the west end of the runway. There is also a helicopter area further north. 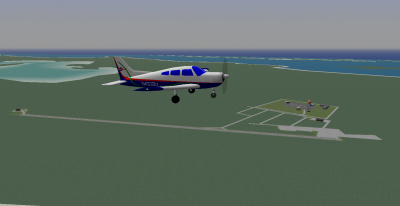 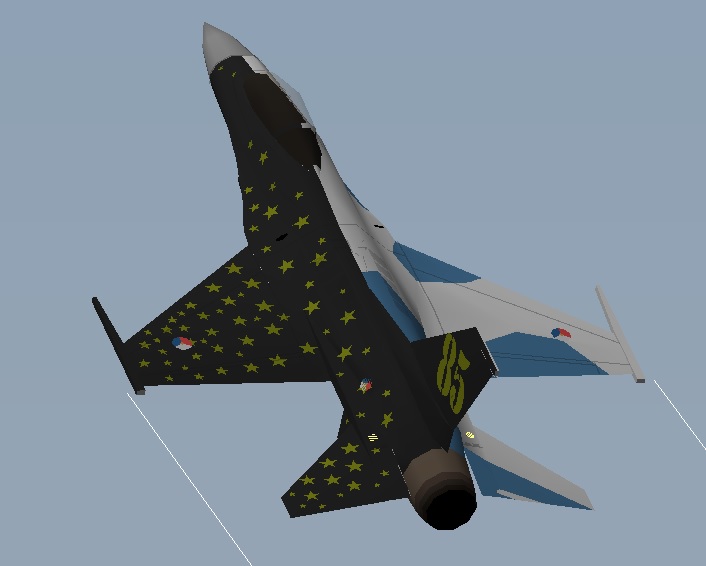 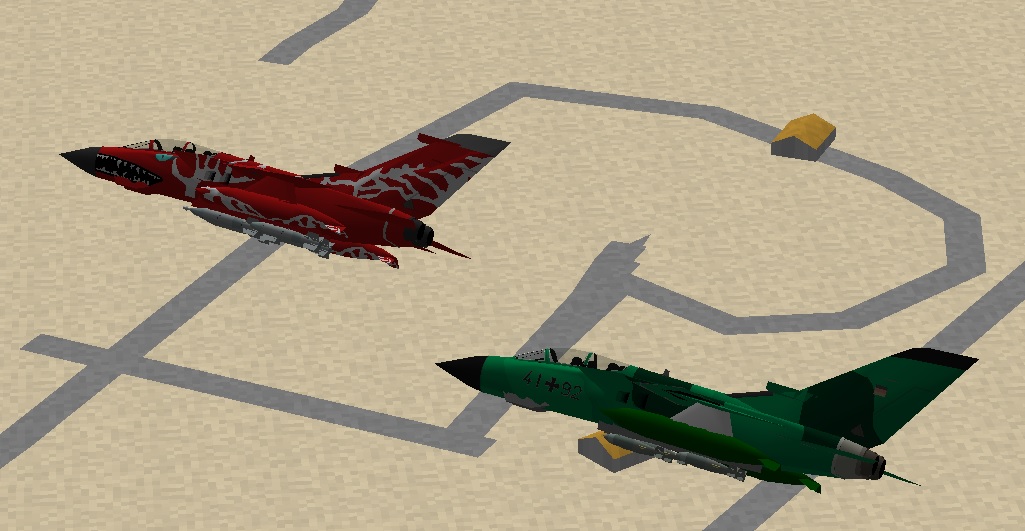 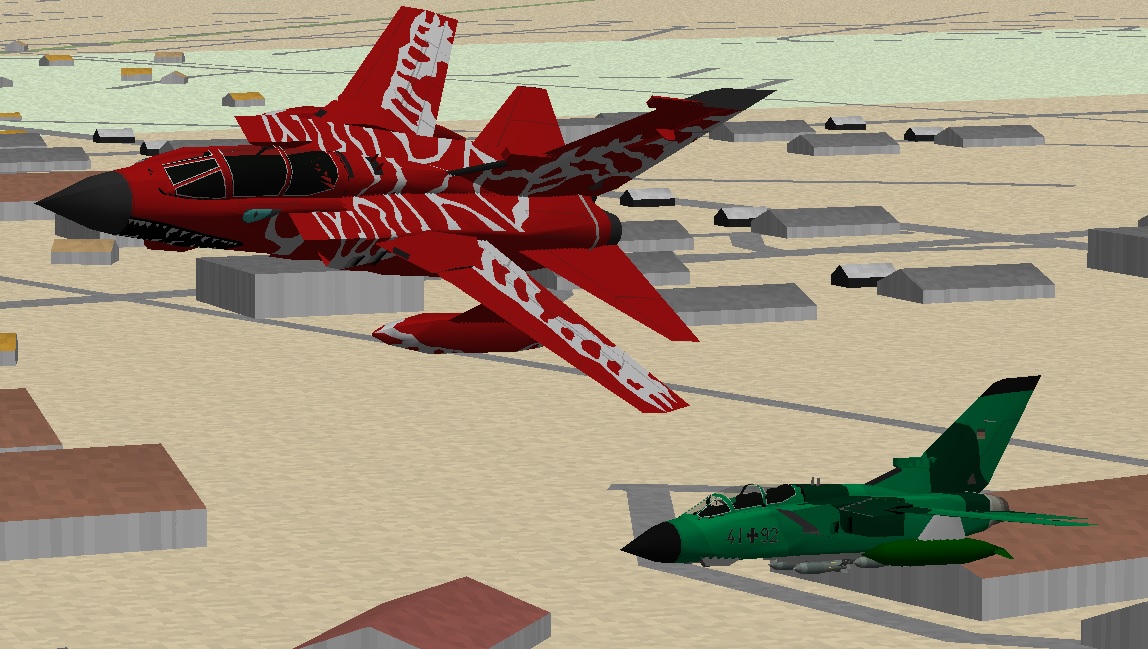 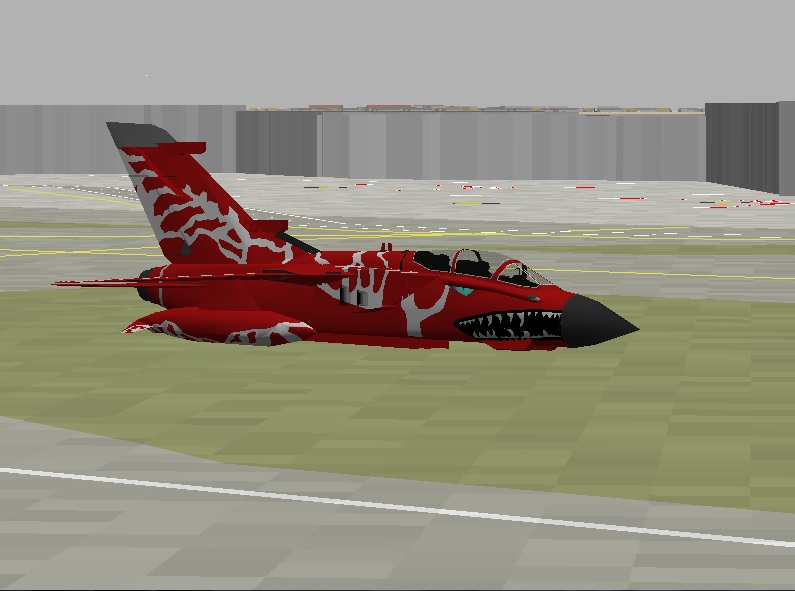 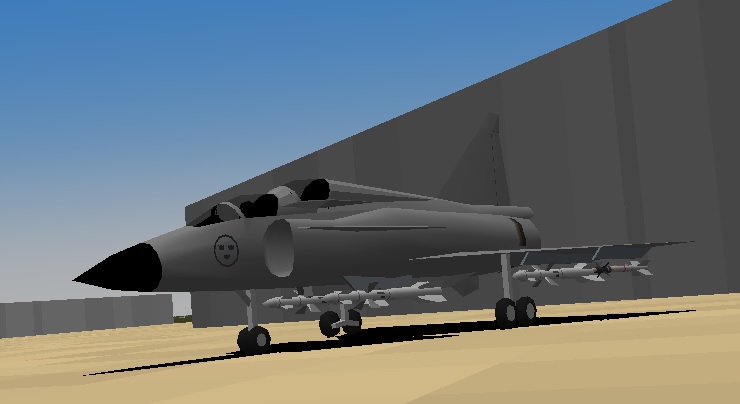 Little is known of the wild 747 mating ceremony. However, recent developments in technology allow research, and provide rare never before seen photos, of the species during mating season. 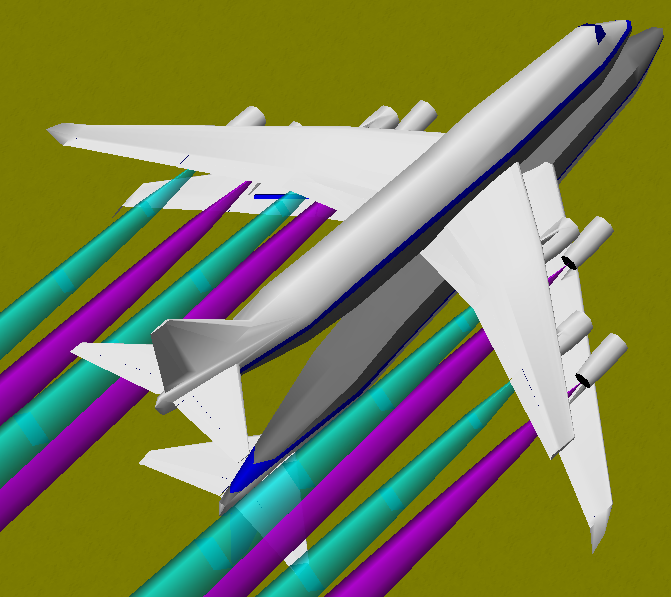 This recent discovery is considered a natural research goldmine by a variety of scientist, and may even lead to research on more rare, or even extinct species.

That just seems so wrong.

Just something I made for the lols...
The War Room

No there is nothing wrong with your eyes. 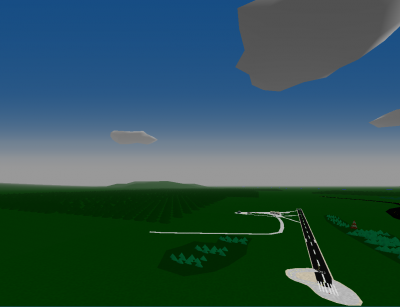 Every plane needs a Thunderbirds paint.

Just something I made for the lols...

Stingx, Maverick and I in formation after the Weekly Combat Event.

a sentry is a high value target, so it may acquire some body guards when close to front line. 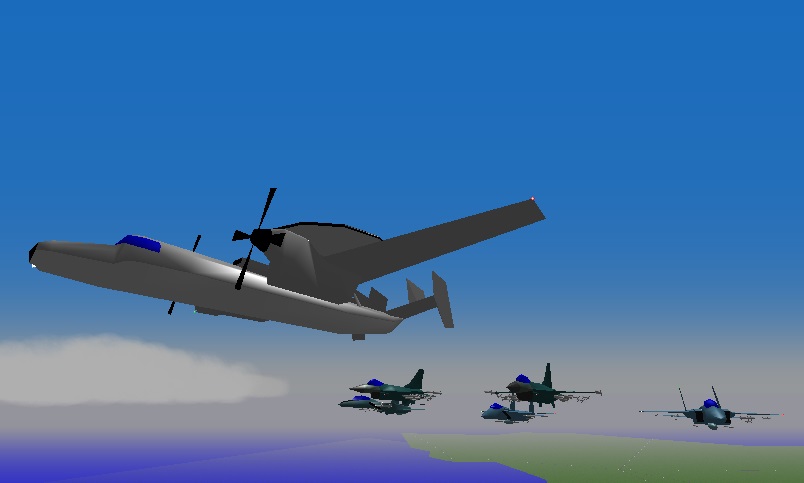 there is 2 f-16 for close encounters, 2 f-15 for long range missile combat,and a f-14 for any ground or naval threat 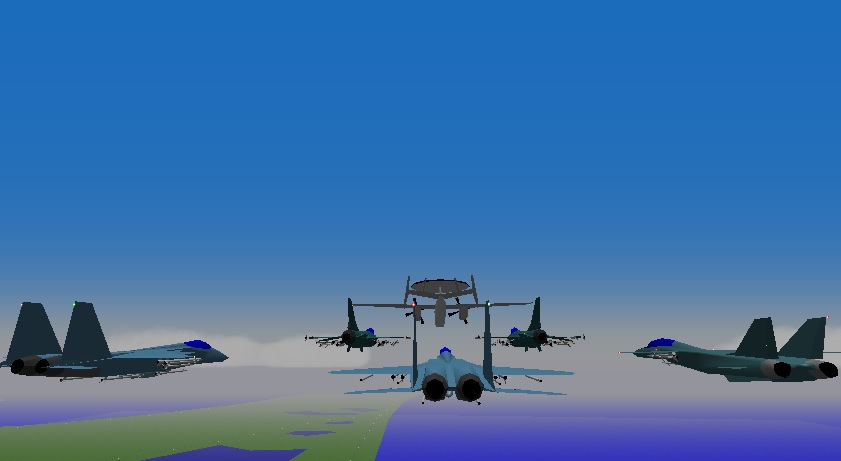 this awacs, havemany fearsome fighter as its guards,no MiGs dare to come near.

<-- i am not that blue creature in the cockpit now

A few photos I took last night on VAS. 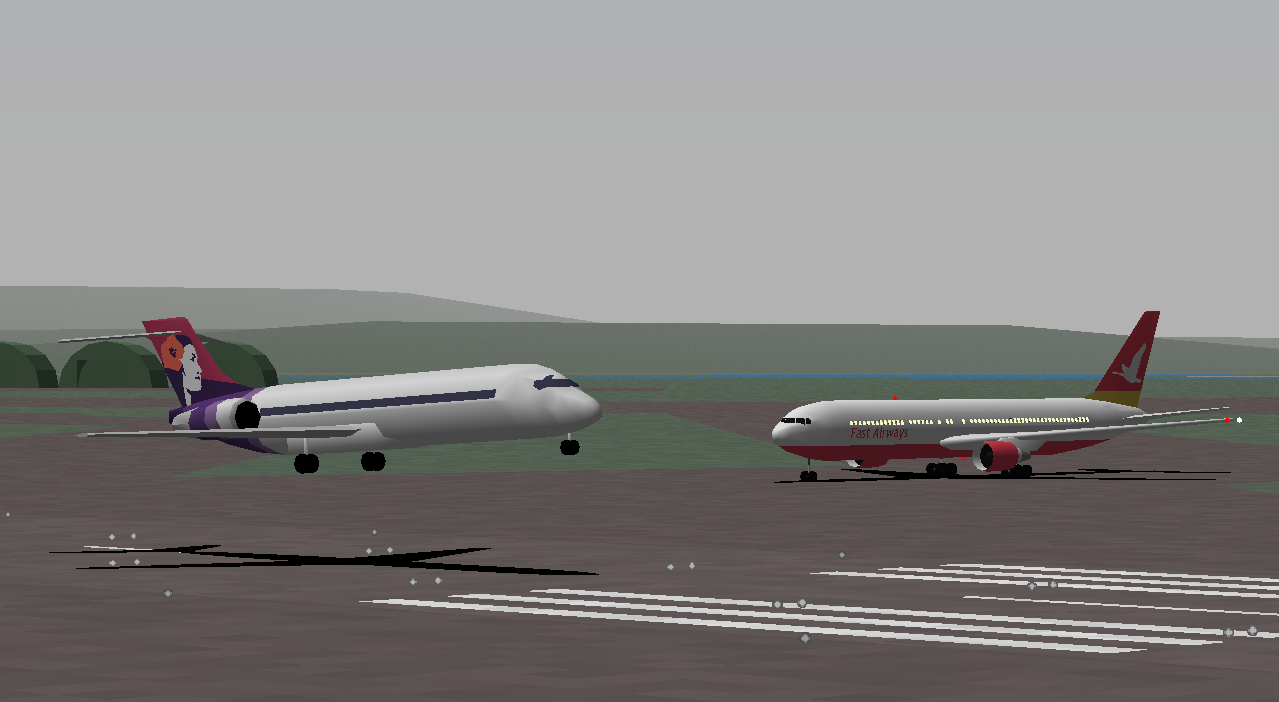 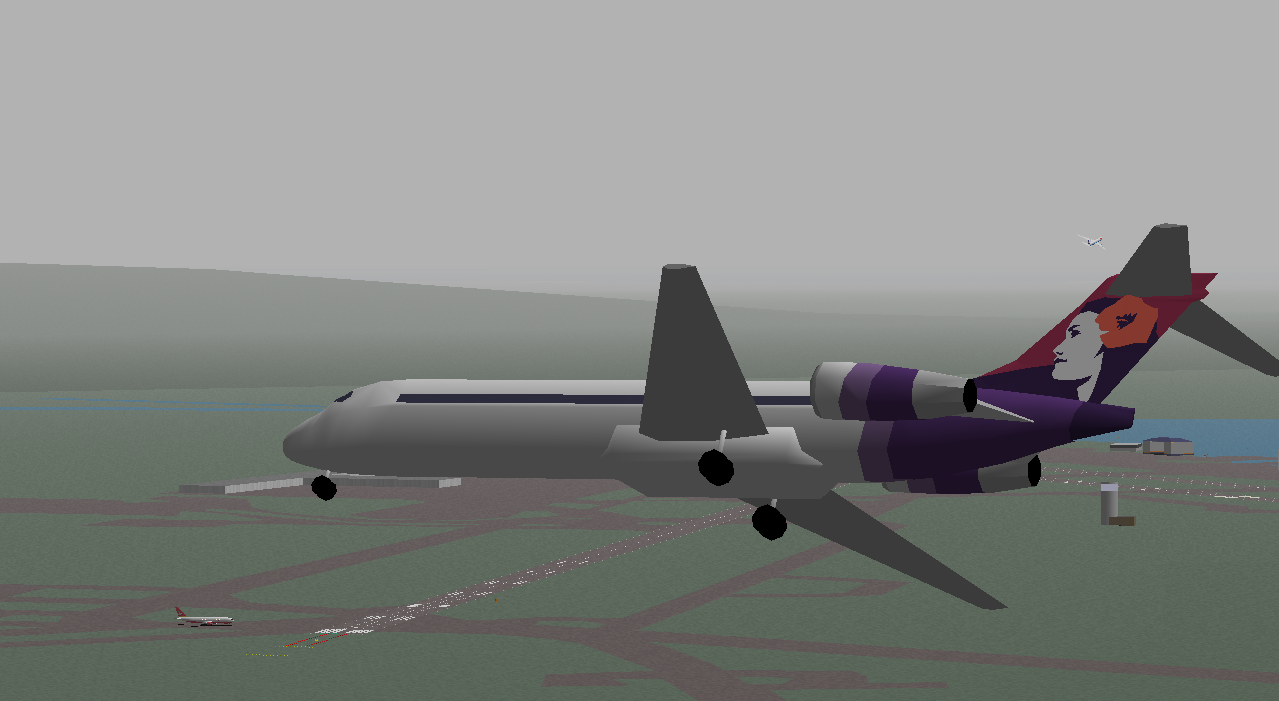 Myself with Turbofan (A330) Departing and Jetskit holding short 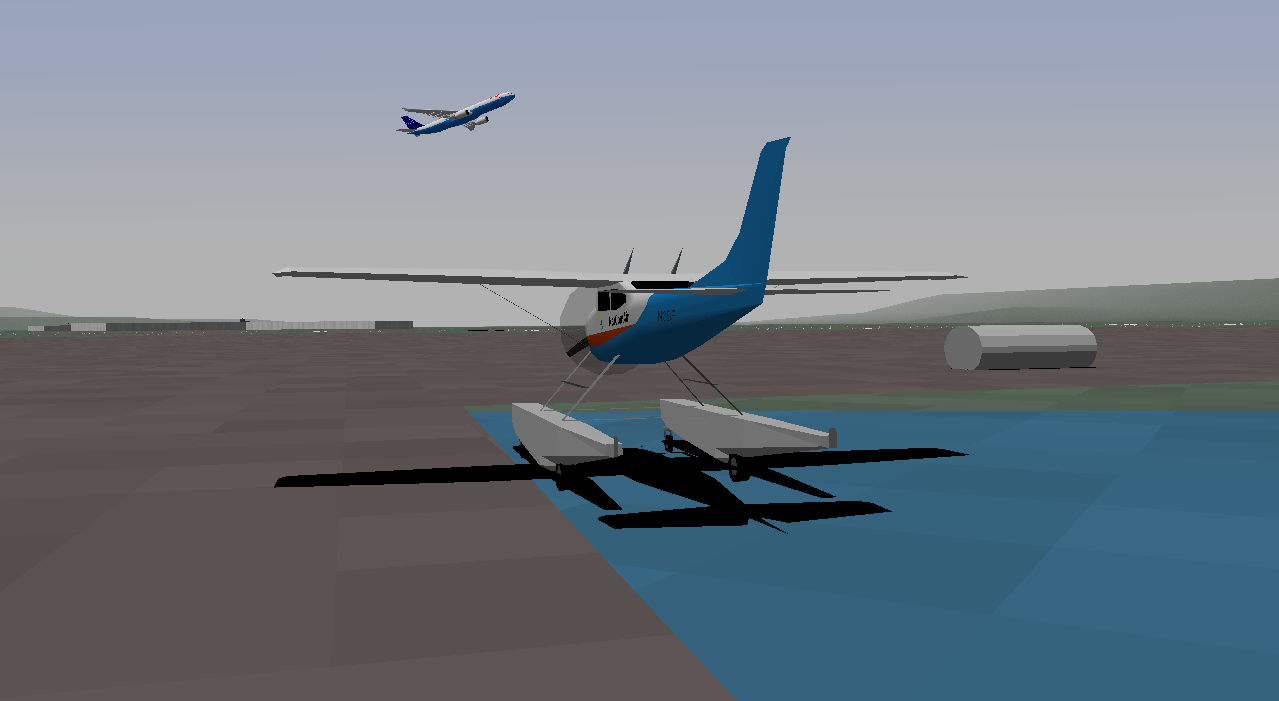 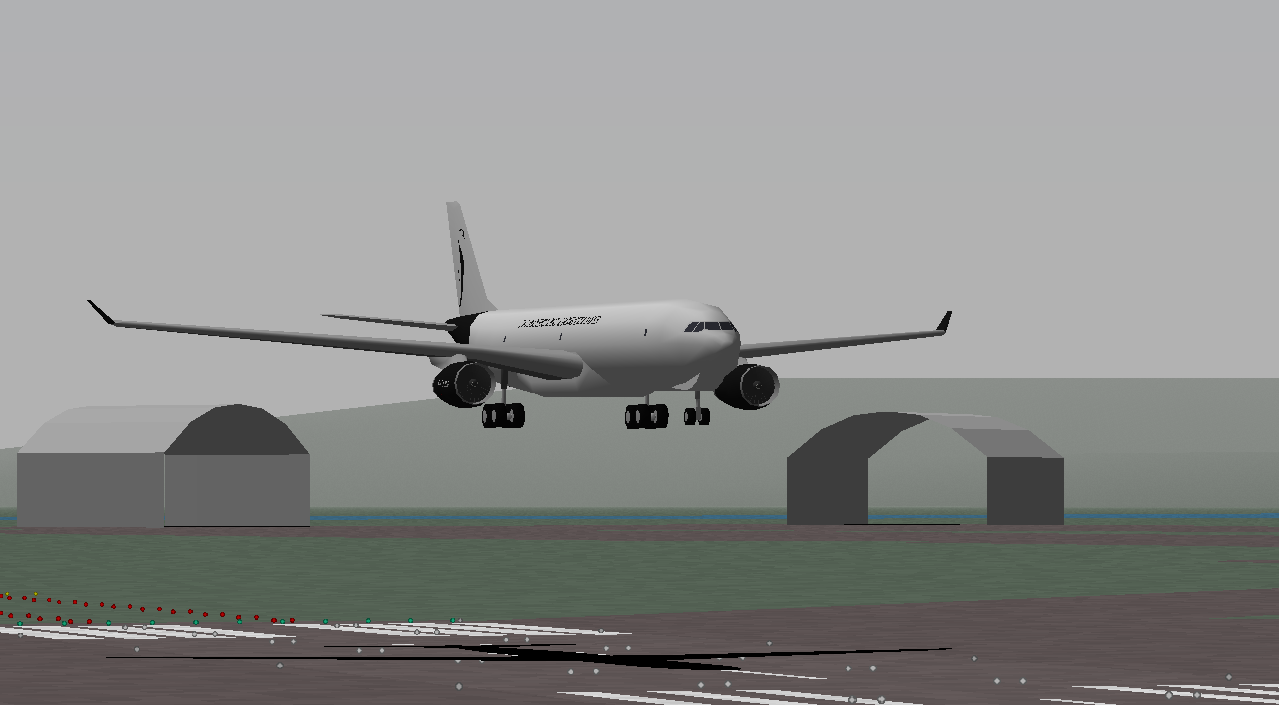 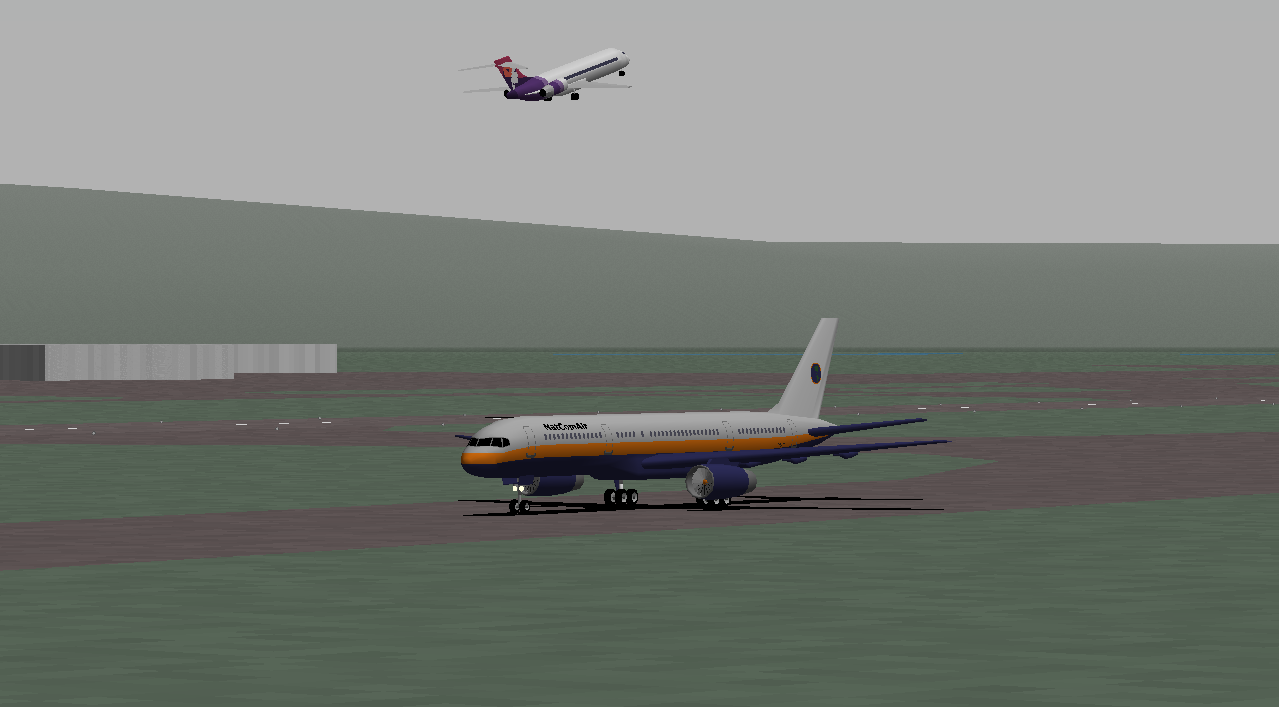 I like that F-5! Is that a new model? I don't recognize it.
Check out my website YSDecaff for all my tutorials and addon releases.
Visit by Bitbucket page for Python codes: https://bitbucket.org/decaff42/