I want YSFlight to go viral.

And also create a startup.
I make this website.
Top

I want to run my own company and fly myself to meetings on the continent.

Get a good job where I can climb up the ranks, retire a little early and go into teaching.
(and all the while mod for YSF!)

My biggest dream is to own my own airline or become a successful entrepreneur.

my dream is more simple...
become a trillionaire, with a Porsche Colletion that would make Porsche Museum envy...
(and a live dinossaur)
RAMMS+EIN FAN, that's all i am!
Top

Join and band, get famous, fuck shit up.

Basically, this is a thread where you tell us about your ambitions, past, present and future! I'll start.

When I was younger, I wanted to be a doctor, despite not being able to handle blood... I also wanted to be an engineer and an architect. Then much later, about 10-ish, I wanted to be an astronaut. Then I saw a documentary on Challenger/Columbia... I decided I wanted to be a pilot instead. However, an oversupply of pilots in my country dissuaded me from becoming a pilot... I was lost of a few months after graduating from highschool, with no idea what I should study. Luckily, an education fair gave me my current course in college!

Currently, I'm studying to become a game artist. I'm in my first year of the 4 year course. It's been extremely fun. We do all sorts of projects and assignments, mostly drawing since I'm in game art. Our big assignment this semester is to make a minigolf course!

I want to become a great game artist, producing works that are stunning and beautiful. I just want a salary that can support my way of life, mostly sitting in front of a computer. Hopefully by then, I've learnt how to use 3d modelling programs so I can make addons for YS...

I never really knew what I wanted to do with myself when I was younger. It was only late 2012, after both of my grandparents were diagnosed with Dementia, that I realised what I really wanted to do. After we called the ambulance for my granny, I knew I wanted to be a Paramedic.

So the above happened while I was taking a GAP year (year after college, before starting university) and I hadn't decided on what I wanted to do at Uni. After I saw the paramedic's in action, I knew I wanted to do that. So I applied and got the acceptance letter a week before the semester started.

I've been doing the degree for one year now. It's a two year fast-tracked degree which means we work all year for two years - no summer break. I've just finished a one-month placement with the states ambulance service which was excellent. I learned so much about the human mind, it was incredible.

So right now I'm entering my second year, hopefully this time next year I'll have a job as a paramedic. My aim is to work in the service and gain experience before climbing the ladder. After I've spent a few years there I hope to maybe join the private sector and get in the money.... but who knows? I've got to finish this damn degree first!

One of my current ambitions is to get better at modding for YSF.

My dream was to become a pilot in the Indonesian Air Force , flying fighter jets or transport aircraft. But it's not possible now since I now wear glasses and I got into a social studies class in school rather than a science class (which is the requirement to join the Indonesian AF). So I decided to become a commercial pilot instead since the requirements are different from the air force. The airline I want to get job in is Garuda Indonesia , the national flag carrier.
I like coffee and mexican food, but not at the same time.
Top

Ambitions, goto Germany and a get a good wealthy life and a good woman.
Top

A good woman? Hah! Gunny would say this kids got it all worked out! I know I sure would! Haha!

I'm working on that myself.

June 21st will be a special day for me. (Hence why in regards to YS, the airshow i'm organising is my current only venture)
I am an accountant working full-time (and some). I'm not here as often as I would like to be. Send a message if you need me. There are a few people in the community who can get in contact with me urgently if you need - don't be afraid to ask. I just don't check here as frequently as I used to. Sorry!
Top

I think getting my Mental Health issues addressed and fixed would probably be a good start.

Oh, and for my photography to actually go somewhere.
CVW-171st - VFA-165, The Highest Pilot in YSFlight.
Formerly known as Killerdeck/KD
.
Top

For my business to get off the ground now I've ploughed money into it!
YSFHQ Elected Overlord
Overlord of VMFA-125 (CVW-171)
Previously Supreme Overlord of 323rd CAW
Friendly Neighbourhood Miscreant
Head Honcho at Talking Aero and British Defence
If you see me post like this in a thread pay attention!

My ambitions:
When I get out of high school I want to go to Indiana University of Purdue University- Indianapolis(longest school name ever) and get my Bachelors degree in Motorsport Engineering. After that I want to come back to my home town and start introducing new forms of motorsports such as drifting and rallycross to areas that have limited entertainment options. While doing this I hope to be opening a performance garage and starting a racing team that will compete in various motorsports in events around the world. Once I feel content with what I have done to help the expansion of motorsport, i will pass the task of event coordination on to somone else and I will work in my performance shop until I am either inable to do so anymore or I decide that i should retire completely.
Top

I want to fine all of my old maps 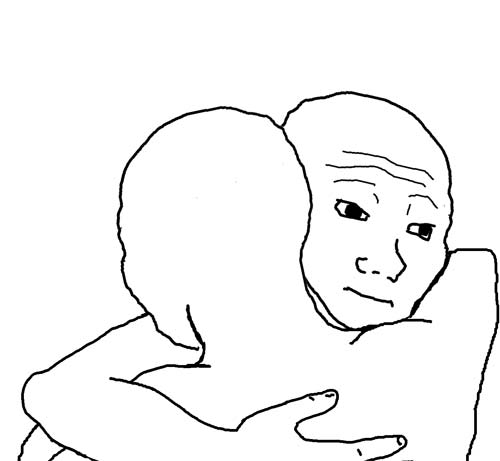 Well, currently my short term ambitions are to get good result in SPM, which will be coming out the 3rd of March this year.

My long term one is to be accepted into this academy after the results are in and landing a job (that was intentional) as an aircraft engineer.

"Well boys, I reckon this is it...nuclear combat toe to toe with the Ruskies." - Major Kong
Top
Post Reply
72 posts