Basically how I understand the situation: 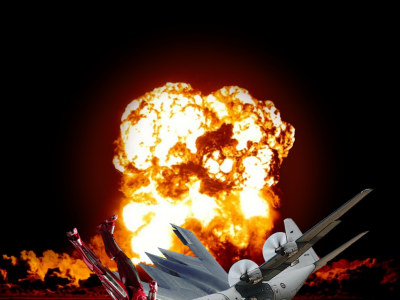 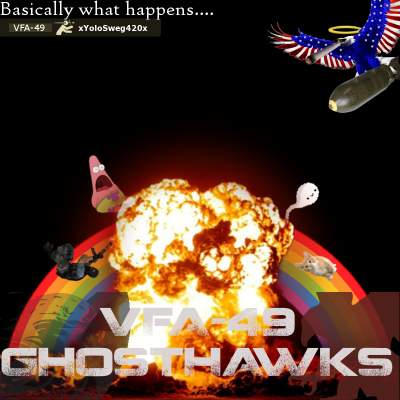 MLG-49th squadron.
I am an accountant working full-time (and some). I'm not here as often as I would like to be. Send a message if you need me. There are a few people in the community who can get in contact with me urgently if you need - don't be afraid to ask. I just don't check here as frequently as I used to. Sorry!
Top 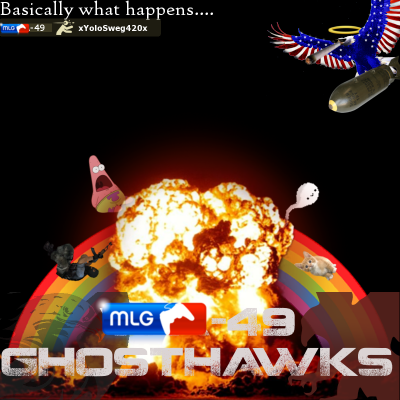 Aye guys, not meaning to destroy the "fun", but hey...

I feel that this thread has been derailed since 16 pages ago. What's up with all this explosions, planes flying around, funny farms, guns and shit? This is supposed to a text based RPG, but not in the form of people randomly killing other people (or attempting to) and surviving seemingly "gone-case" situations. Please, read the frickin OP (Original Post) ie the first post of this topic. I understand that some parts are outdated (this began like 4 years ago), but I believe the rules will still apply now:

HQ Dorm Rules wrote:1) the size of rooms is not limitless-think of this as a realistic and therefore finite space
2) just because this is a play space does not mean that we can disrespect others
3) this thread takes the nature of a text based rpg
4) do not write "actions" for other members/place blame on other members
6) do not damage the "property" of others
7) obey the rules which members in charge of public spaces have put in place
8) do not unilaterally make decisions which would fundamentally change a public space in the dorm
9) ask for permission before starting any renovation projects
10) inasmuch as the dorm represents your daily life, you may use this area to chit chat as long as the topic is not derailed
11) Items that have no business being anywhere near a dorm do not spontaneously appear, particularly if it would change the very nature of the dorm.
As in "A GODZILLA APPEARED AND STEPPED ON EVERYTHING, I AM SO FUNNY" or "I PARKED MUH FLYING YACHT HELICOPTER IN UR ROOMS"
12) Do not warp reality in the extreme.
13) No elaborate security systems and no breaching the privacy/security of others (let's say the system is built in

Point 1: not infinite space. Any dorm wouldn't have space to fit just about any aircraft through the corridors, much less take off, even much less fly around freely (point 11 applies too). Explosions would fundamentally alter the dorm's interior, thus violating points 6, 8 and 12.

I still remember when posts here were still mature and genuine, instead of bashing up the place. When people like TF58, halb, HB and the rest had light hearted conversations away from YS. When people were interested in making the perfect dorm for themselves. Now? Just a bunch of people who participate solely for the humour, but not for the interests of others and the dorm.

You may recall that I only built the indoor shooting range in the basement after getting the proper permits.

As for explosions, the dorm wasn't damaged because I have been storing sheets of trinium alloy in the hallways. I'm in the process of packing them up in a U-Haul to send to Memphis, so future explosions should be avoided.

I suggest we all get some painting and small carpentry supplies together and get this place back into shape. Tomorrow. Right now everyone's invited to my room for a Z Nation watching party. It's pot-luck, so bring a dish with you when you come.

Ehem, all the planes and such were outside the dorm thank you very much. But I get your point and support it, therefore... How about that weather? *Sips coffee*

So I could bring a bit of control, to the place.

*Walks in the dorm, looking for a room.*
Fliped out of the arena, again!

I've got BBQ pulled pork sandwiches with pasta salad and slaw for anybody who wants any. Vern left about four thousand cans of MelloYello Zero when he moved to the cockpit in the NCA 777.

*Brings an army of workers,helping them all to fix the dorm
Currently inactive,may return soon.
Top
Post Reply
1311 posts