I've finally sent the MiG-33 pending approval from Dision for final tweaks and release.
I've also fixed the panel lines on the MiG-35 after much head-scratching. Turns out the way YS renders 4 vertex polygons can be different the way Blender interprets them, making a face have different curvatures in either program. This caused the panel lines to show up in Blender but not YS. I had to mess around with the order of the faces on the wings to get it to work. 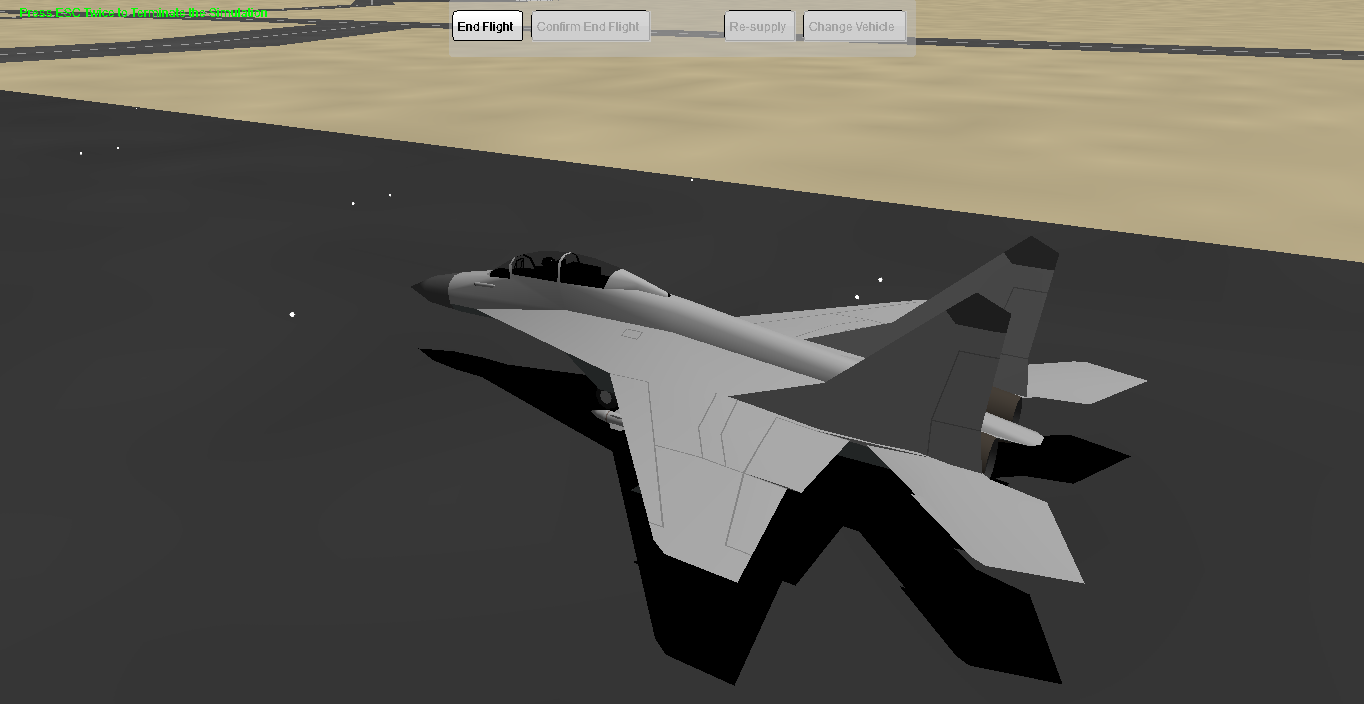 New cockpit to match as well. 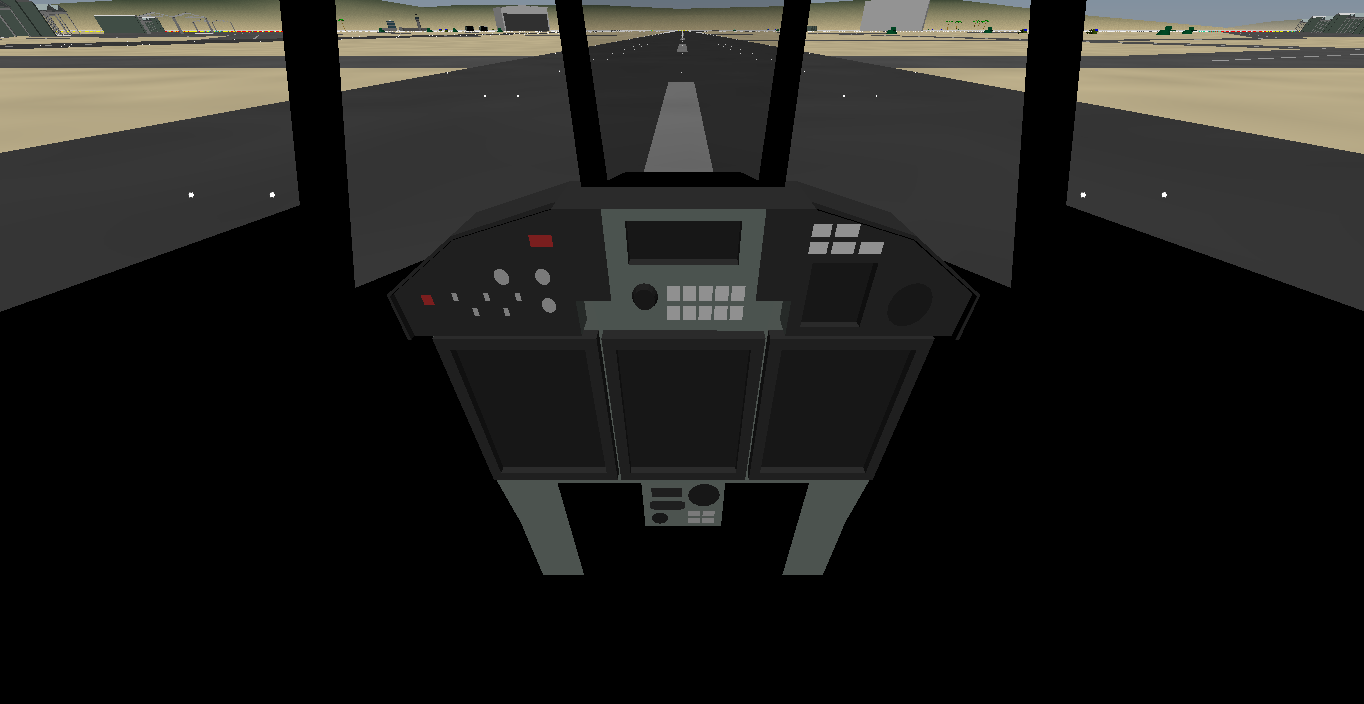 NajmiCreative wrote:the DC-10 will be back!
yet,it also one of the reason why I didn't release my Malaysian Airliners pack for....

Might want to release that pack. It will be quite a long wait for new DC-10s, as I intend to let my OCD-ness go about again (ie spend lots of time perfecting it).

NajmiCreative wrote:EDIT:did you still have the CN-235 cockpit panels with you?

I managed to recover this final version I sent to DD-Destroyer. 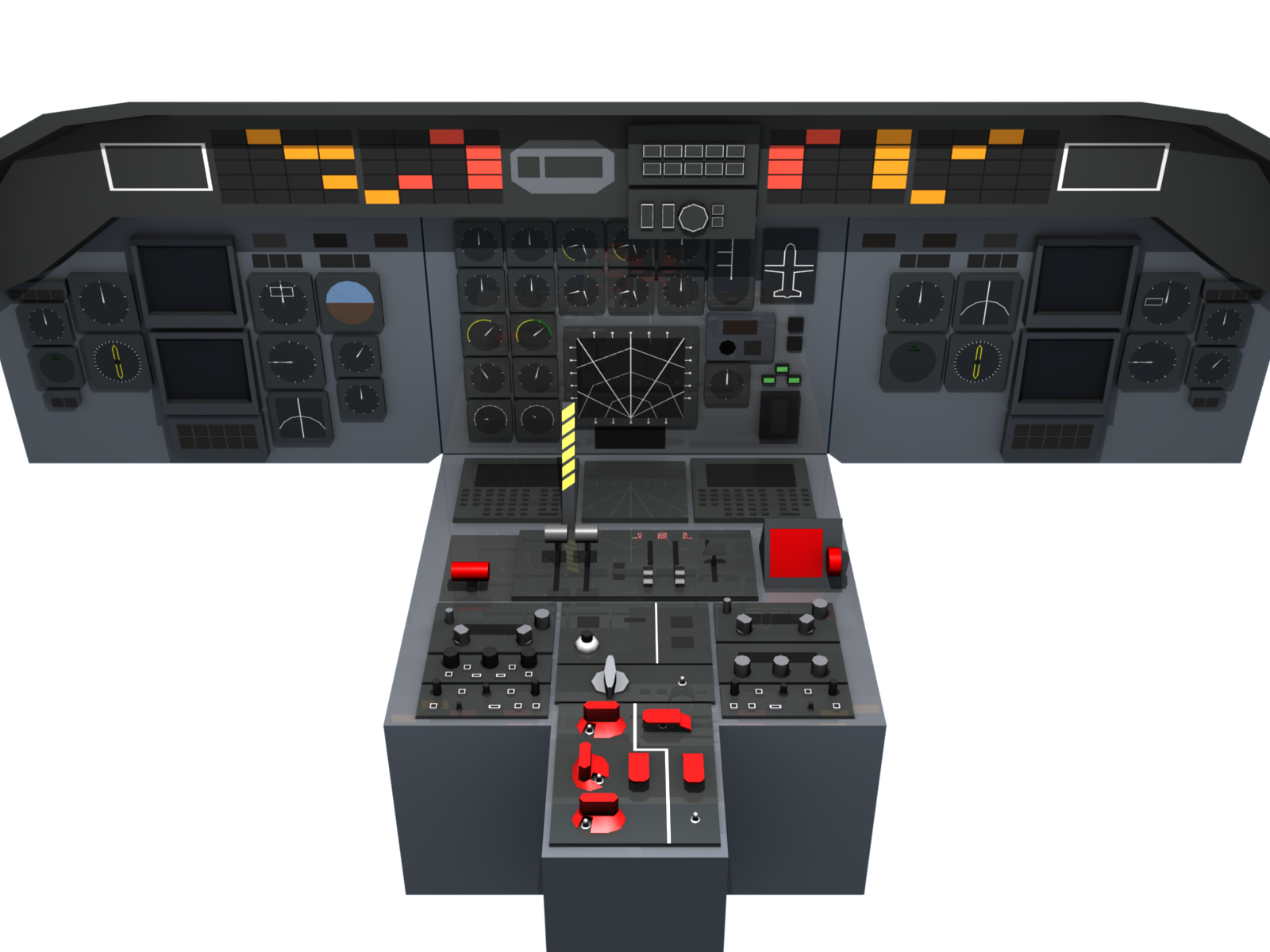 sidenote:i don't request anymore,really,i pledged myself not to request unless for the most important ones
Currently inactive,may return soon.
Top

Totally understand your need for perfection with the DC-10s and understand 'abandoning' them and starting over. I did the same thing with the NG 737s, but I was able to re-use a few things like the cockpit instrument panel. I hope you will have some components that you can re-use to make life a little easier!

Both of the pits look slick as all hell. Awesome work, NR!

CN-235's Cockpit! Very amazing! Now, Korea Modding Team's job is made base model. I hope we could release CN-235 as soon as possible

I decided to try and make both YS and Blender agree on the curvature of the wings of the MiG-35 again as I didn't quite like the previous curvature (more concave than convex). I attempted to do so for the whole of the last morning, and gave up after much cursing, swearing and anger. I gave it a second go that afternoon and worked somehow, so I went with that.
I also gave the MiG-35 a new paint scheme. 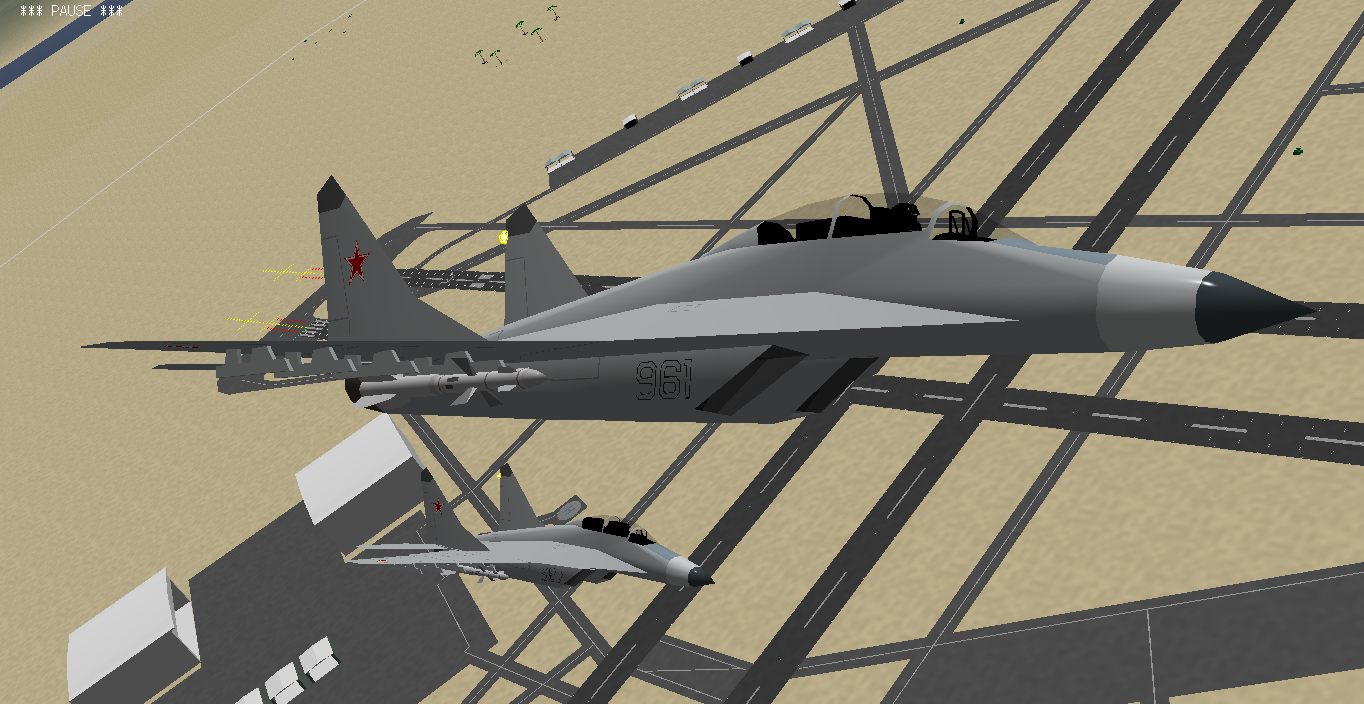 The 35D is in the background, a tandem seater variant. 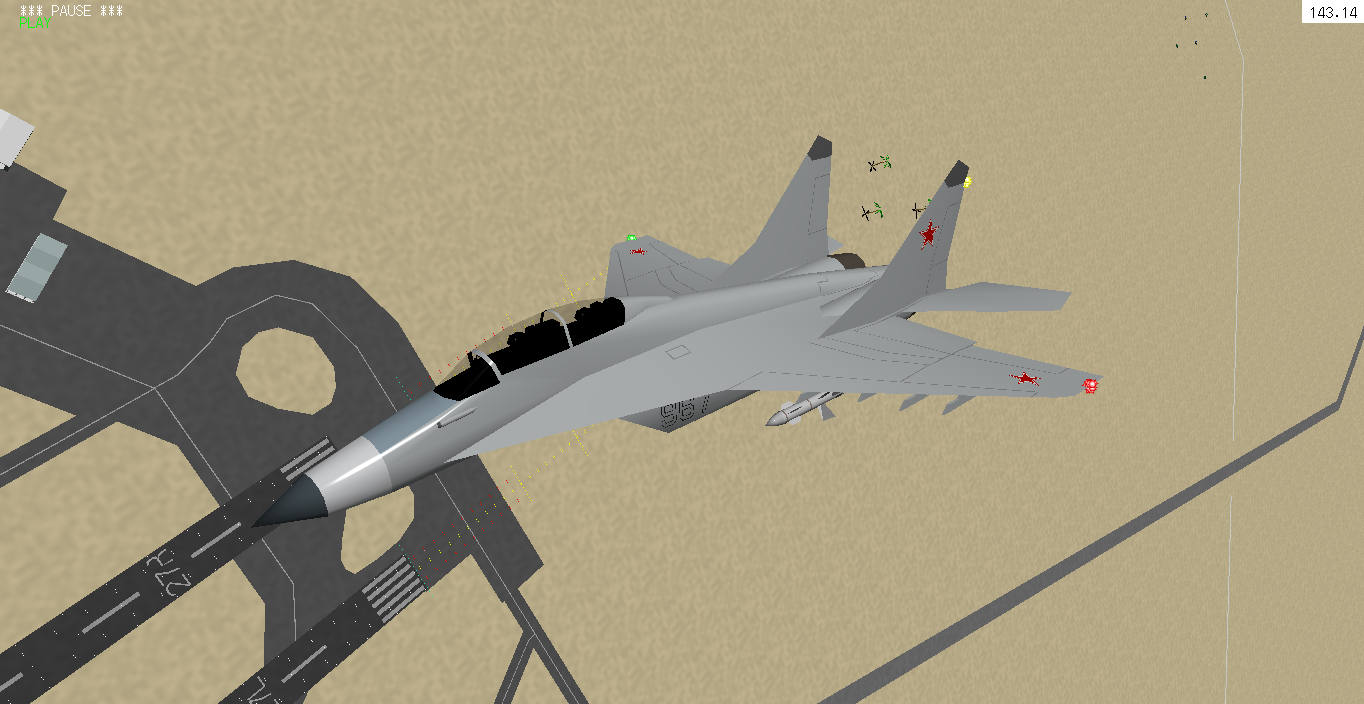 I have also found a very useful DC-10 resource here: http://www.airlinercafe.com/page.php?id=392, providing fine little details between production variants. This is very helpful, but adds a further level of complexity to the project, especially with the fairings (which I got wrong in my released Boneyard DC-10s) and horizontal stabiliser LERXs, given that these fine little variants are not known under official variant numbers. I need some help with this, as I do not know which to make to be an accurate representation of real life DC-10s while also not being too workload-heavy.
Top

that's a perfect resources....
yet I think I would update the MD-11 later after finishing the Candids....(with Alt+D duplicate as the file already quite big...)

The MiG-29K and KUB have finally been done. 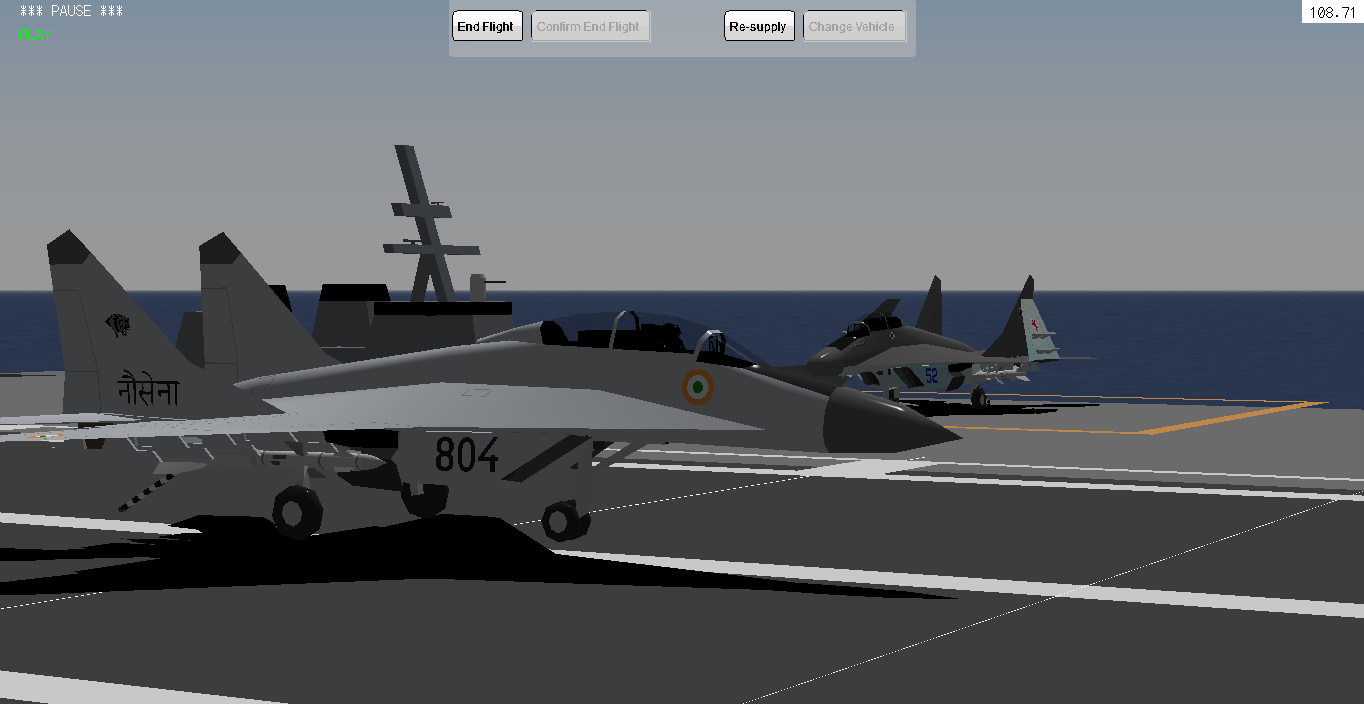 This time, it's an Indian and Russian. Similar to the MiG-35, the K is a single seater while the KUB is a tandem seater. The wings fold as well. These will replace the 9-31 airframe in the current HQPGAC pack.
I will release these in the coming days.
Top

This time, it's an Indian and Russian. Similar to the MiG-35, the K is a single seater while the KUB is a tandem seater. The wings fold as well. These will replace the 9-31 airframe in the current HQPGAC pack.
I will release these in the coming days.

Wow.. Wow... Wow!!!
Just can't wait to have them.....
Great work NightRaven... Simply stunned and astonished ...I wonder when will I be able to do Such repaints and productions.....

After toiling for about 5 hours on this, the HQPGAC F-15C Eagle now has a blank model. decaff put me in charge of making one after he decided he wasn't really up to the job and he and a few others had always wanted HQPGAC Eagles. It's kinda odd, really, given my usual dislike of American aircraft, but I took it up. He had given me models that he had worked on, so I went ahead and improved the C first, such as recolouring the strobe and anti collision lights, and then redo-ing the entire suite of panel lines. 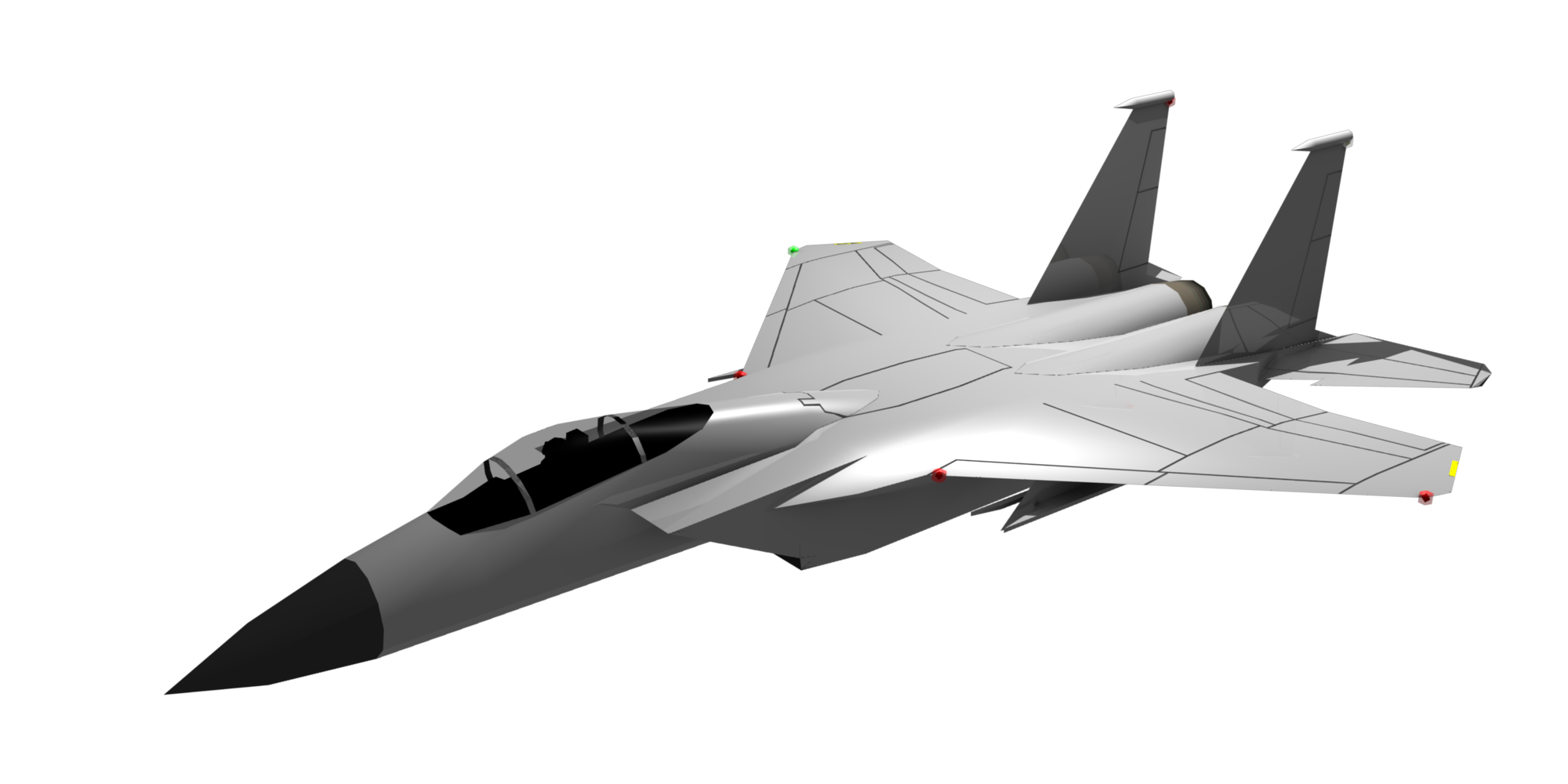 I've probably done a better job at shrinkwrapping these panel lines than on my MiGs.

The gear doors now work well; these took me 1 to 2 hours to panel, cut out and animate.
Soon, a cockpit and other variants!
Top

Looking great. Cant wait for these!
I don't know who you are. I don't know what you want. If you are looking for my signature, I can tell you I don't have one. But what I do have are a very particular lack of skills, skills I have imagined having over a very long career. Skills that make me are completely useless in any situation. If you stop reading now, that'll be the end of it. I will not look for you, I will not pursue you. But if you don't stop reading, I will look for you, I will probably not find you, and I will kill your refrigerator.
Top

Now I feel like a child playing in the sandbox next to the professional artist.

This looks beautiful...Are you thinking about the D and E models as well or just the C?
Check out my website YSDecaff for all my tutorials and addon releases.
Visit by Bitbucket page for Python codes: https://bitbucket.org/decaff42/

Put the finishing touches for the blank F-15C. Changes include intake shadowing, more powerful strobe and anti-collision lights (ZL), a new HUD and cockpit, plus panelling for the air to air refuelling port. 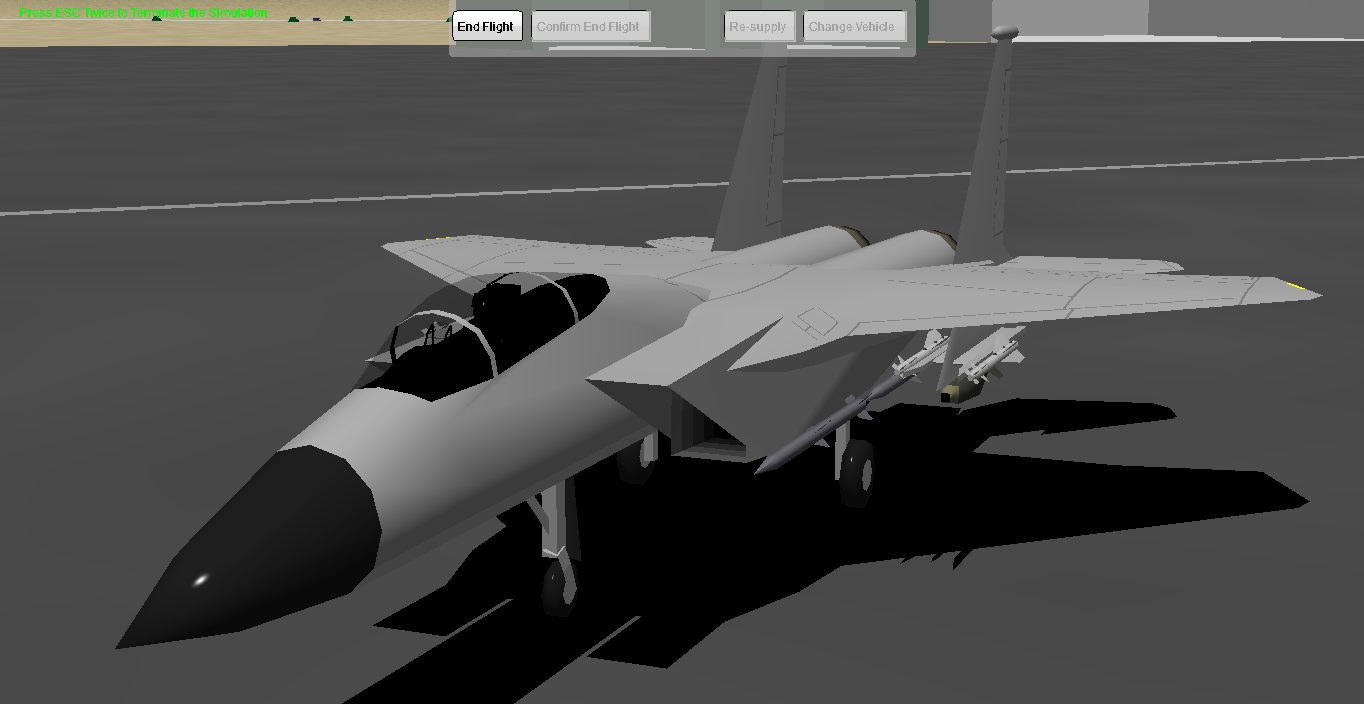 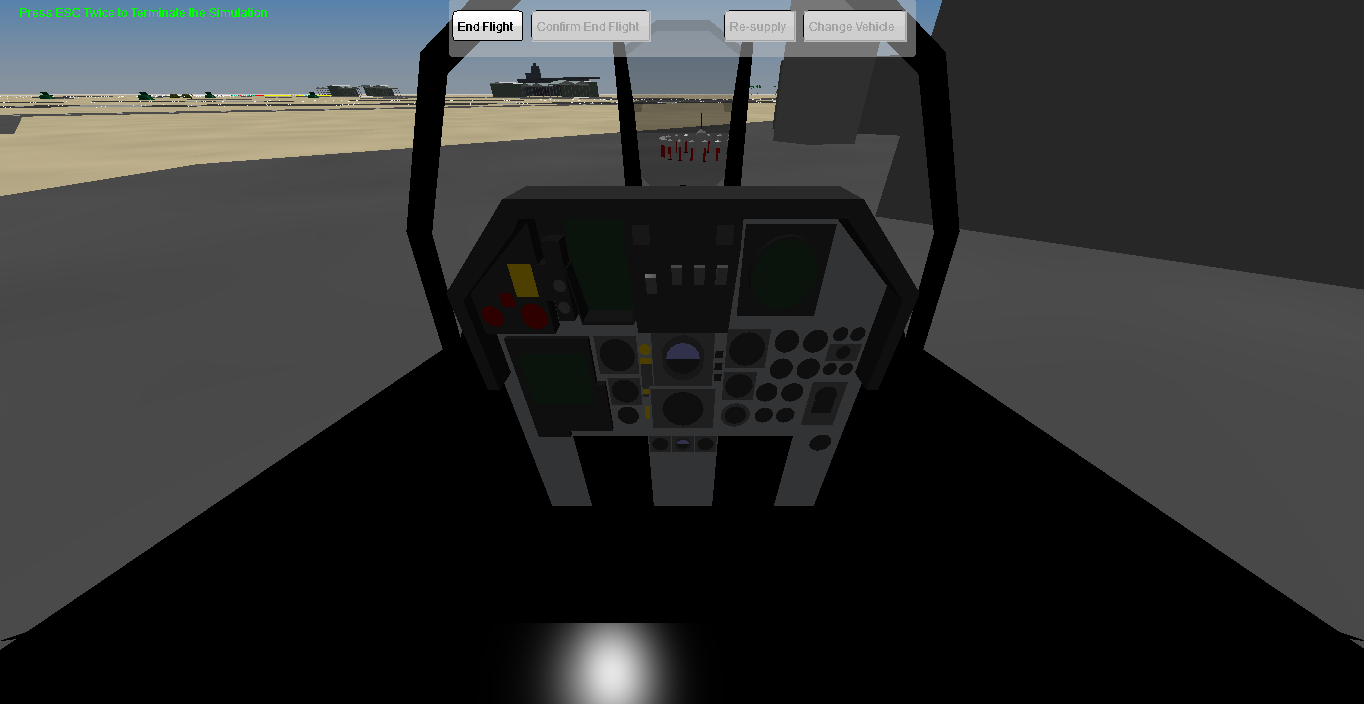 I am still in the midst of tweaking the dat from the GAC dat.

decaff_42 wrote:Now I feel like a child playing in the sandbox next to the professional artist.

This looks beautiful...Are you thinking about the D and E models as well or just the C?

Thanks for the compliment.

@Alpha I have tweaked the MiGs a little more, so I will send them to you soon after more extensive testing.
@Kujo I better get started on that Talon.
The DC-10 has been put on hold for now, mainly because of these HQPGAC things but also partly because somebody decided to disregard my words about my old DC-10s...

also IMO you guys should have more appreciation for ruskie aircraft, tho the fact that most of you guys are american makes it more understandable

NightRaven wrote: Thanks for the compliment.

I've done up the dat for the F-15C and D, and from here I'm assuming that externally, the A and C, and separately the B, D and E models are identical. With that assumption I have completed all the blanks for all the F-15s (except the E, which has tanks but no biggie), and I can move on with paint schemes. 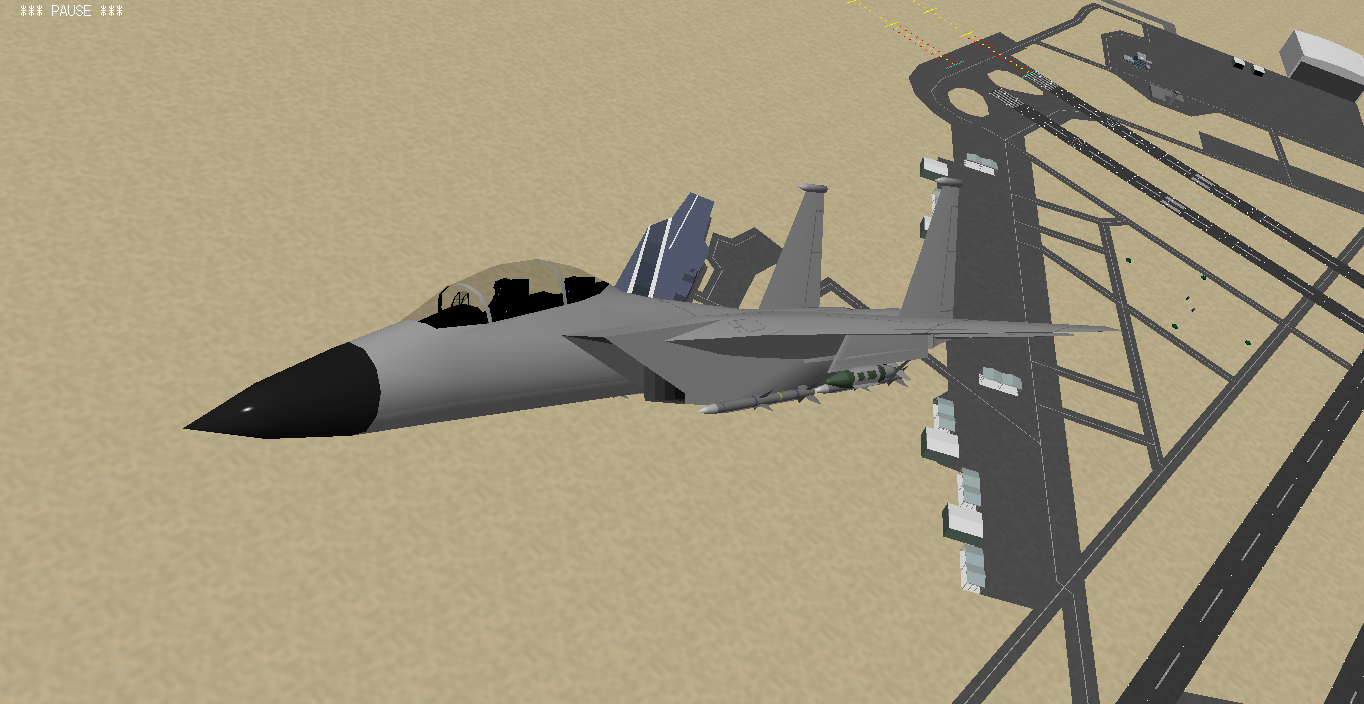 This is probably the quickest conversion I've had to tackle. A new pilot and a new cockpit in under an hour (while camping on TS). 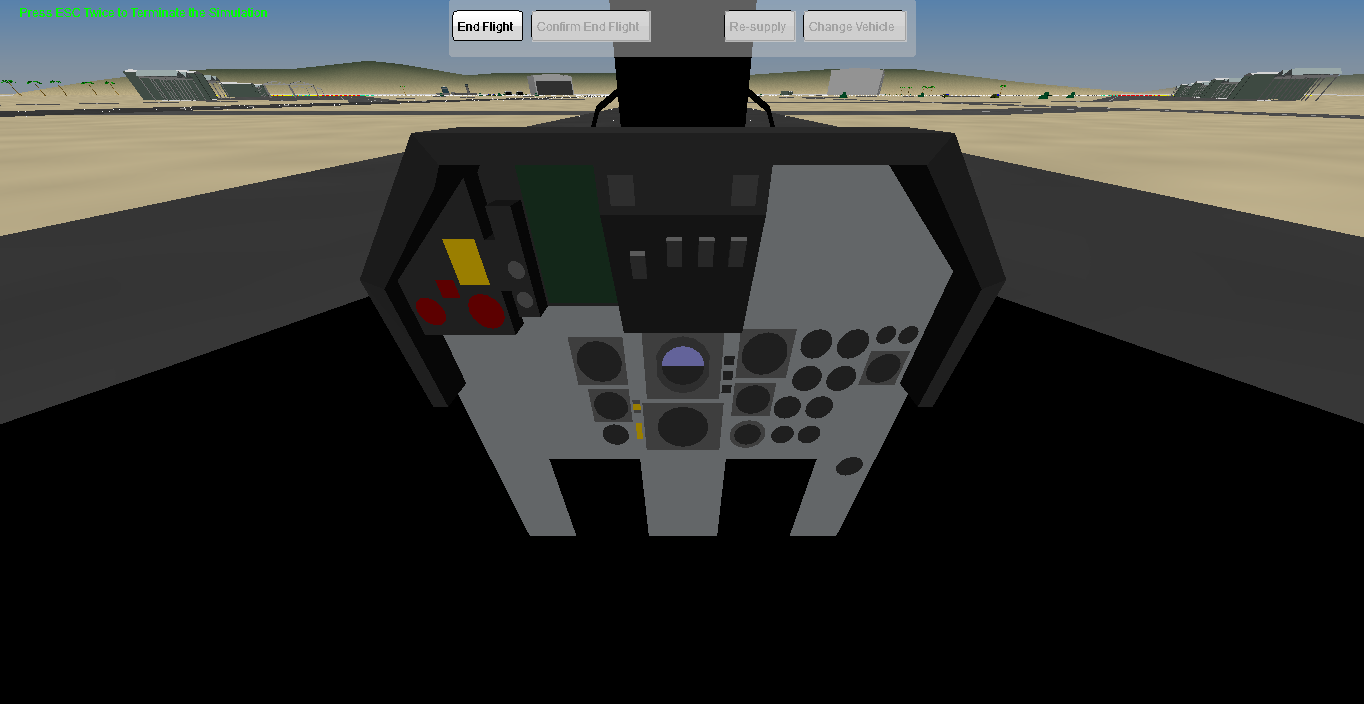 The F-15C also has the beginnings of a new scheme.

Don't forget the F-15ASAT that would bring down enemy spy satellites.

NightRaven wrote:also IMO you guys should have more appreciation for ruskie aircraft, tho the fact that most of you guys are american makes it more understandable