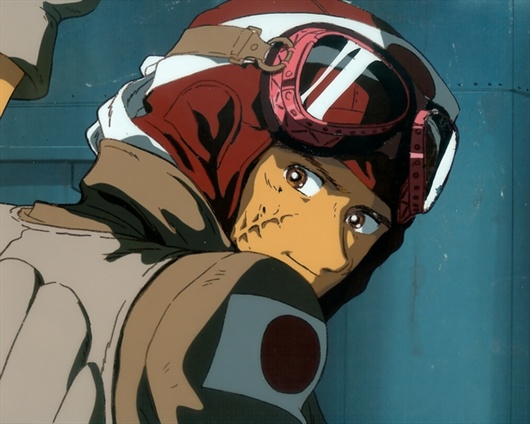 Since 1913 when Japan bought its first hydroplane, the main differential of the Japanese armed forces has been the extensive use of hydroplanes, especially flying boats.
The main reasons for its extensive use were the ease of landing, the Japanese archipelago does not always have islands large enough for the construction of little tracks, however, the sea is always an ally, especially when the second war came 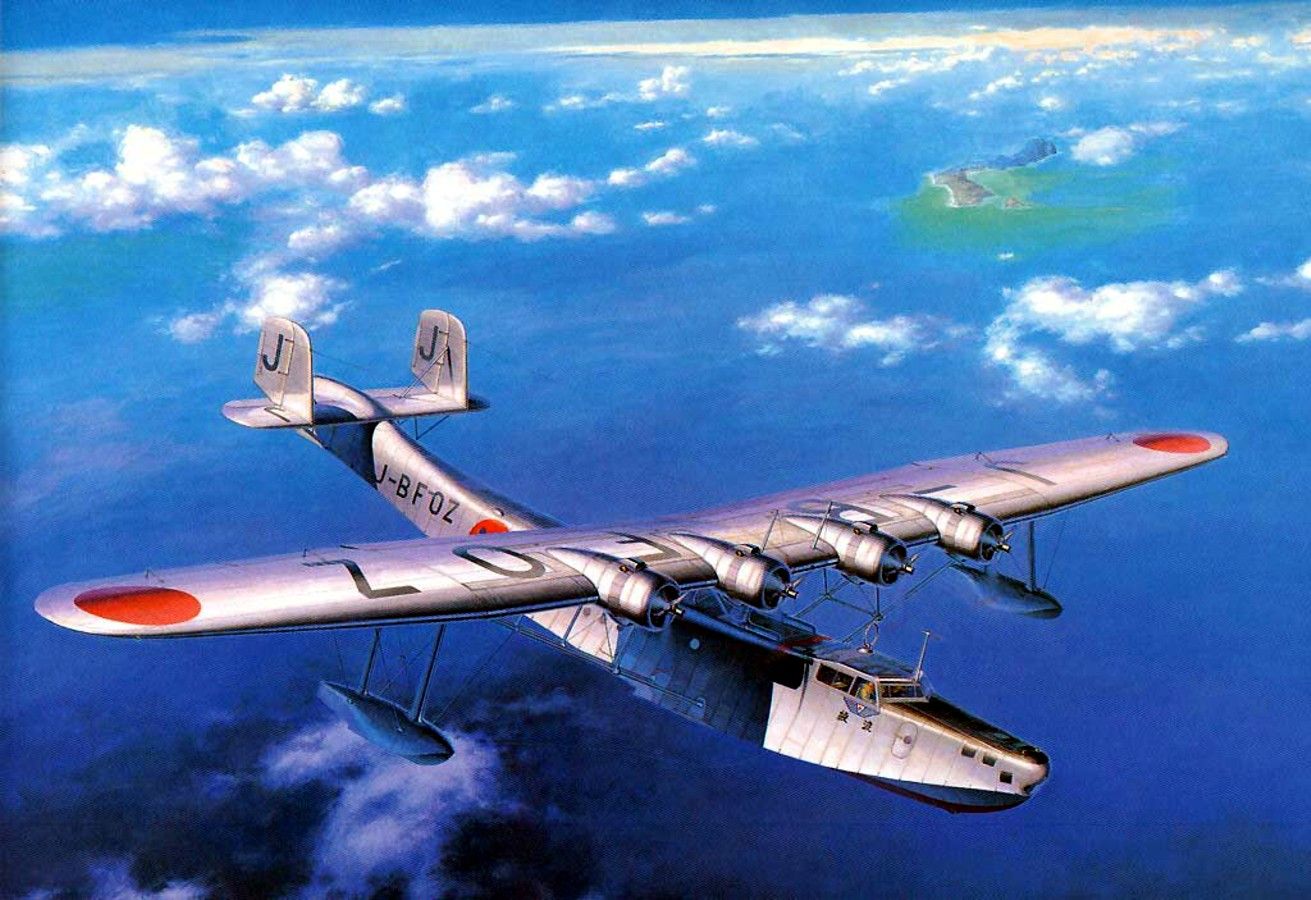 The nakajima H6K was the first japanese flying boat, made in 1936 it was planned also to a second pearl harbor attack, and maybe a "amerika bomber" japanese version, but it was used more for transport, in indonesia these flying boats were used in the war for independence, also as a bomber, until 1949 problably 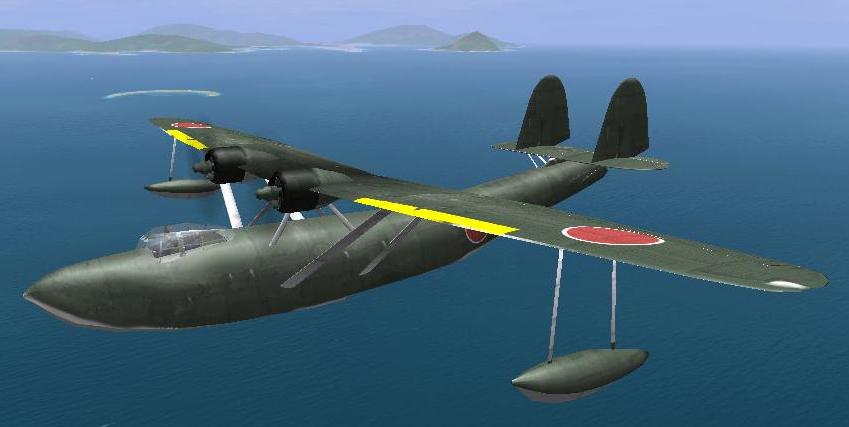 The Yokosuka H5Y for some "the japanese catalina" was a early anti submarine airplane, but for being very fragile and slow they decided to maintain as a trainer and also as a reconnaissance plane, theres very little information about this plane. 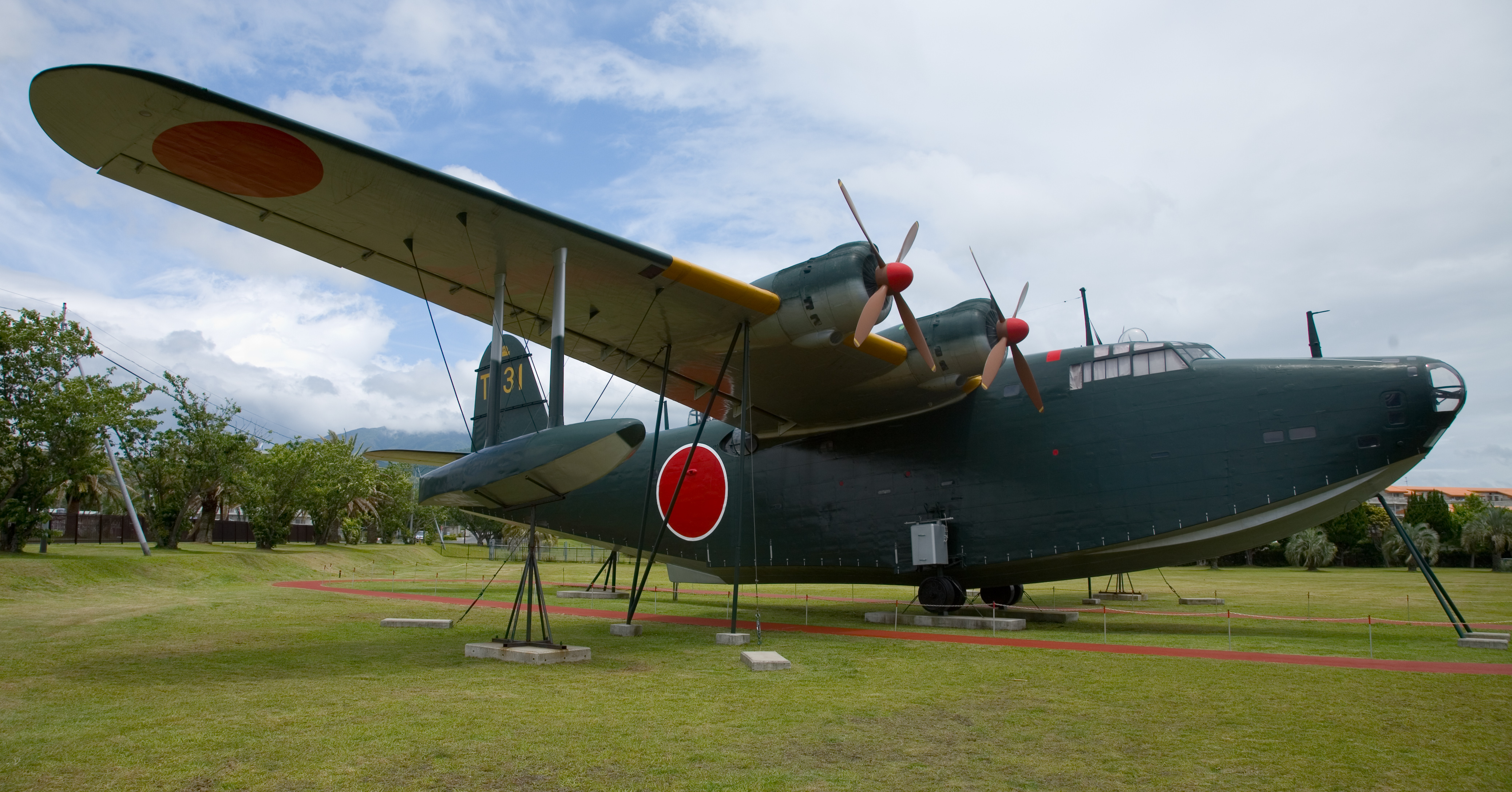 The Kawanishi H8K, this big boi is for some historians "the most outstanding water-based combat aircraft of the Second World War." this plane was the largest japanese plane of the war, it was the plane chosen to guide the second pearl harbor attack, and also, a future attack on america (california specifically) but the latter was never made, this plane was considered almost a god , for his long patrol and bombing missions, the allied pilots called him "the whale" and his official name for the allies was emily, however the plane was quickly lagging, he did his last missions guiding kamikazes, and was analyzed the possibility of creating a super kamikaze, filling it with bombs, but it was never done, these planes were used in Japan's post-war as rescue planes, but were quickly retired.

The Pby catalina was used as the first big plane of the newly created japanese self defense forces, photos are rare, but they were used from 1955 to... problably the 70s, and more for fire figthing and rescue. 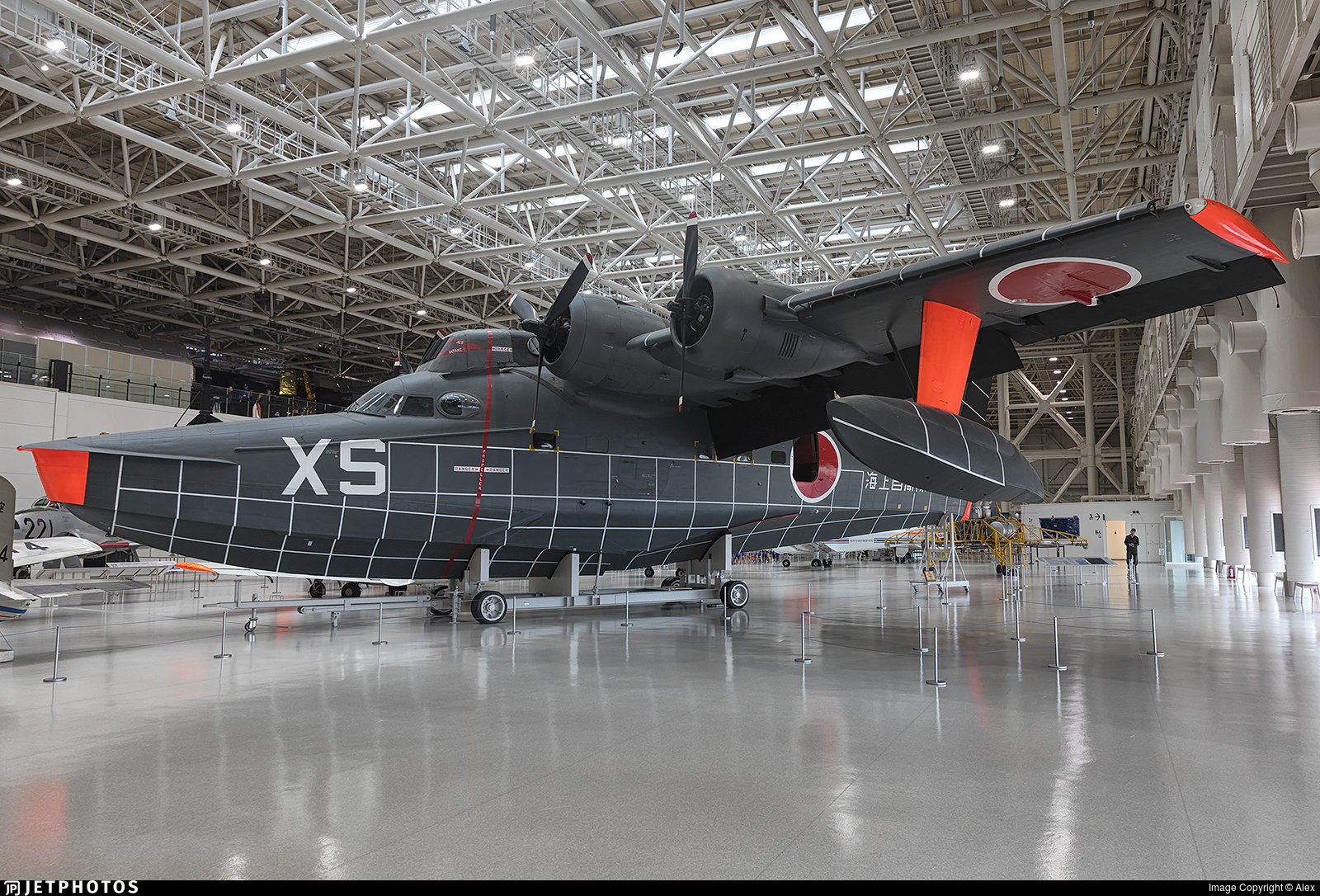 and now we got to the new kids, the Shin Meiwa UF-XS was the first flying boat built by Japan in the post-war period, it was actually based on the Grumman UF-2, an airplane that Japan used before, but with extreme modifications, this plane was the beginning of japan to want a new fleet of hydroplanes, to patrol its great archipelago. 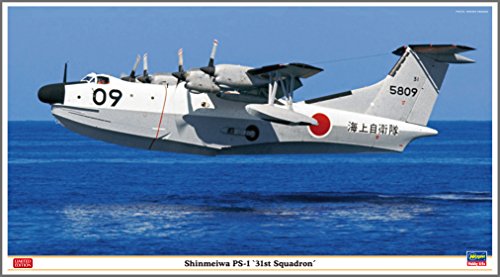 the Shin Meiwa PS-1 was the vision version of the standard flying boat from japan, it was used for many years (until 2017 to be more specific) and it was the most modern flying boat in the world when it was created, its design looks like something coming from a tokusatsu or anime from the 70s, something very "mecha" but this big boig carried powerful rockets and anti-ship and anti-submarine missiles, something important for a japan who felt threatened by tensions with neighboring countries, he did in his life more of 500 operations and rescue, being considered by the Japanese military the biggest tool at their disposal, today the models of this plane were retired, but many were sold to civilian companies. 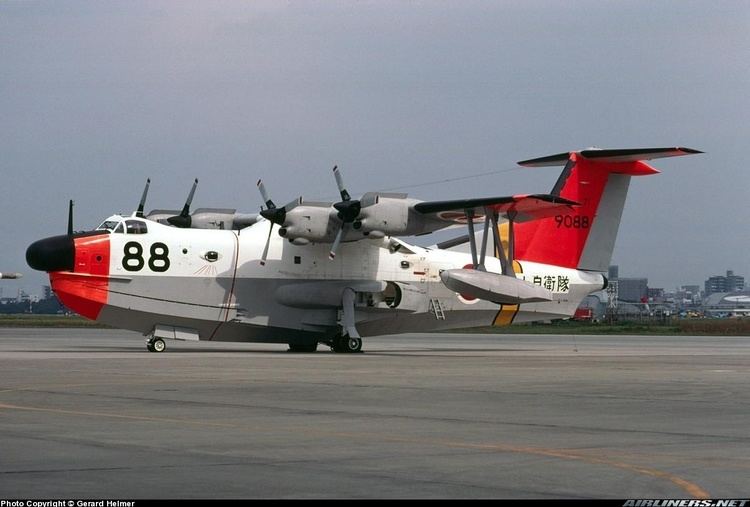 Oh, and the Shin meiwa was also amphibious in his later version! 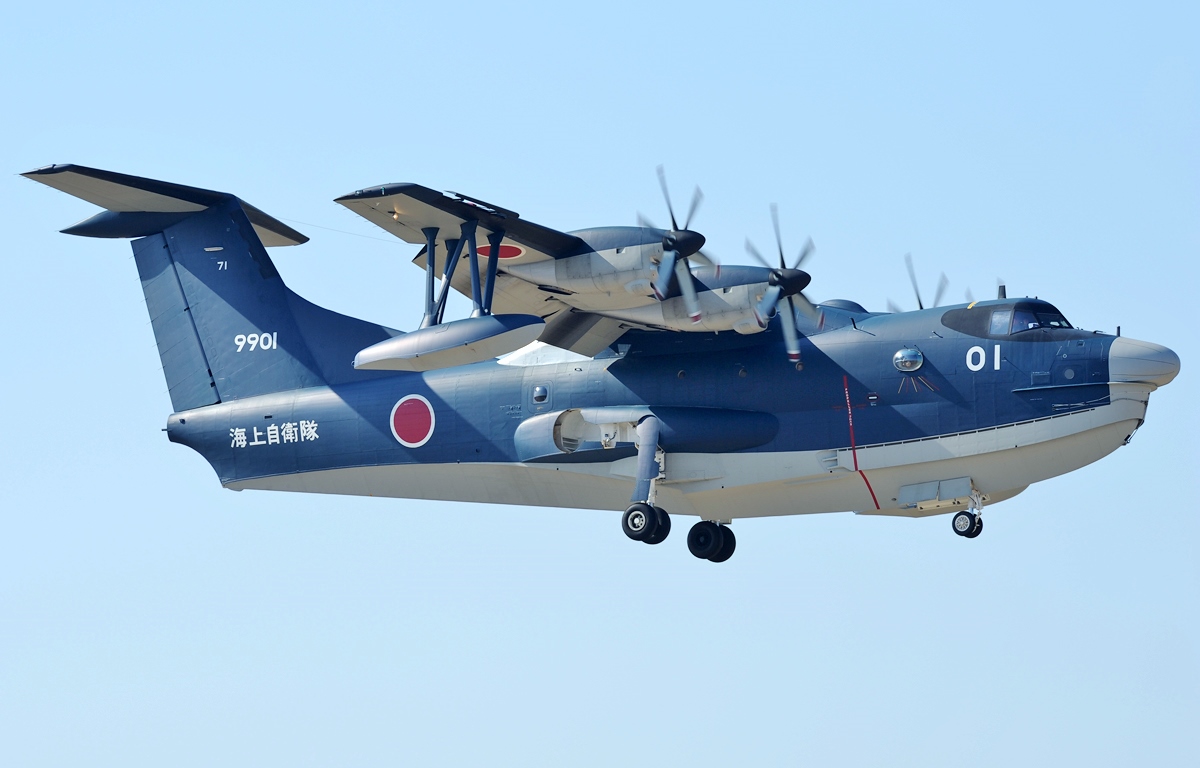 and this brings us to the most modern flying ship in japan (and in the world) the ShinMaywa US-2, known by the Japanese military as the godzilla, the giant, the mecha, he is a powerful quadrolayer with STOL functions, capable of carrying missiles , bombs and all the anti-ship and anti-submarine apparatus, including in land attack missions, the powerful airplane also has capacity for anti-aircraft missiles, it is currently widely used in rescue missions, and against fires, Japan intends to build 3 more of them (currently 6) and in addition, he intends to export them, probably to India, he is very present in modern fashion shows, and many call him "the new catalina"

AVIC AG600, a Chinese flying boat being developed since 2017, problably will not be used for war, but more for patrolling the coasts of china(specifically the sourthem coast with taiwan) some countries like new zealand wants to buy some of them. 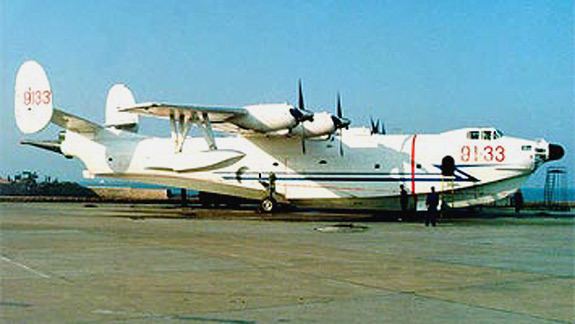 Harbin SH-5, an older one, is being replaced y the newer AVIC, the china problably will not sell them to civil operators. 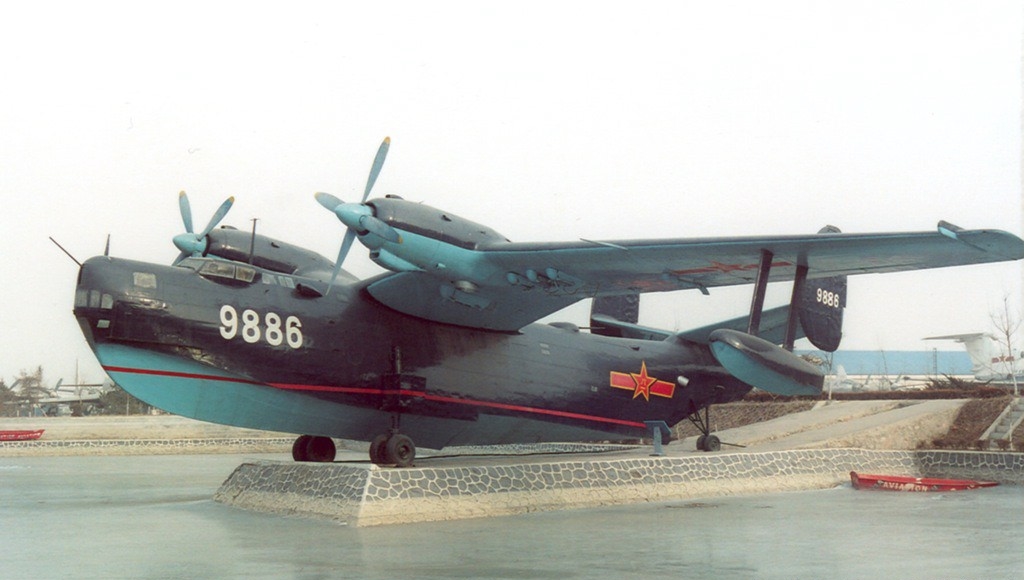 Beriev Be-6, a soviet flying boat but was most used by china, it was used in early conflicts with taiwan as a control aircraft, but was retired in late 60s.

If you want to add more flying boats for another country its good!